‘A very good boy’: Police dog uncovers 5,000lbs of meth – one of the biggest busts in San Diego history | US News 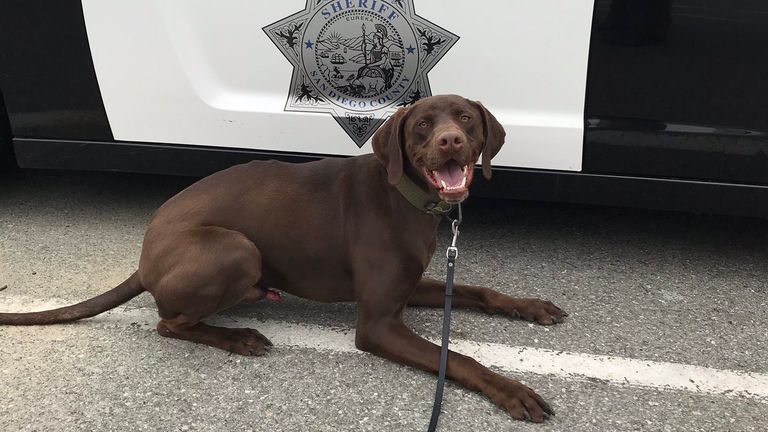 More than 5,000lbs (2,200kg) of meth has been discovered hidden in a truck at the US-Mexico border in a “record-breaking” seizure, authorities have said.

Believed to be one of the largest methamphetamine busts in San Diego’s history, the stash contained 148 bundles of the drug.

Four men from Tijuana, in Mexico, have been charged as a result.

“Because of our great partnerships with other law enforcement agencies, we will continue to disrupt the cartels’ flow of drugs into our cities.”

In a tweet, San Diego’s sheriff recognised one member of the team for their hard work – a police dog named Milo.

Officers found the illegal substance stashed inside a 20ft box truck that crossed the border on Thursday, the US Attorney’s Office for the Southern District of California said.

After surveilling the truck, agents watched the defendants unload “dozens of cardboard boxes” into a Dodge van.

Rafael Alzua, 37, Mario Contreras, 41, Ethgar Velazquez, 44, and Galdrino Contreras, 41, were then apprehended by law enforcement officers and charged with conspiracy to distribute the drug.