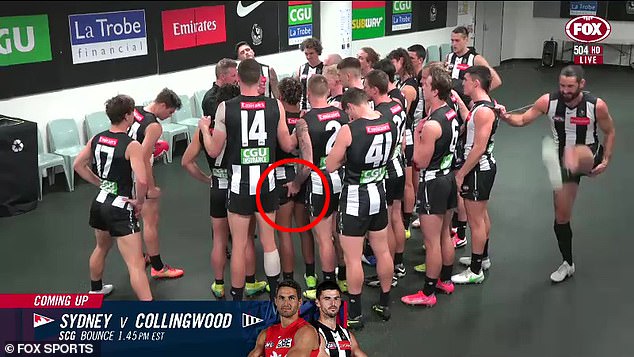 The AFL will investigate a bizarre pre-match incident involving one of Collingwood’s biggest stars moments before the team ran onto the field.

Officials will review footage of a team huddle in the Magpies dressing room which captured Jordan De Goey patting the rear of teammate Isaac Quaynor several times while standing behind him.

The awkward encounter captured by Fox Sports occurred moments before Collingwood ran onto the SCG for their clash against the Sydney Swans on Saturday.

The AFL will review the vision on Monday, despite the club’s denials that De Goey’s actions were inappropriate.

‘In this instance, neither the players nor the club believe inappropriate behaviour has occurred.’

‘It was silly and the players I think know there are cameras in the room so it would get highlighted throughout the week,’ former Hawthorn Hawks premiership star turned commentator Jordan Lewis told Fox Footy’s Saturday Stretch.

‘But it’s just another lesson players are being watched and need to behave appropriately.

More AFL legends weighed into the debate on Sunday.

‘That’s not appropriate. If you want to say it’s just boys being boys, it leads to a point where you’re having to dance around and get away from players,’ Essendon great Matthew Lloyd said on the Sunday Footy Show.

‘I never witnessed it in my time so I’m not sure why it’s in the game.’

‘You’ve got a coach speaking to you, your season is on the line, your coach is coaching for his coaching life and you’ve got a player distracting a young player who’s trying to listen to the coach, that’s more the issue for me,’ he said.

‘What are they doing mucking around in that moment right there?’

But some AFL fans have leapt to De Goey’s defence.

‘Is this Jordan De Goey stuff for real? Far cough, what a joke. A little pat on the bum for a teammate? If this is now not acceptable, we’re in trouble aren’t we,’ one fan tweeted.

Another added: ‘Sweet Jesus a bit of banter between the boys and the PC police are all riled up.’

Collingwood have slumped to 16th on the table after a 30 point loss against the in-form Swans on Saturday.

The Magpies booted the first three goals of the match but could only score another two after the first quarter. 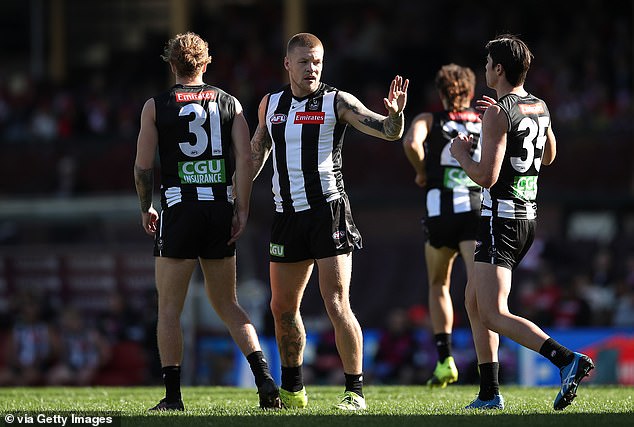 ‘It was a stupid action and I am deeply embarrassed. I’ve apologised to Mabior,’ Vlastuin said.

‘It was unacceptable behaviour and a poor example,’ Short added. 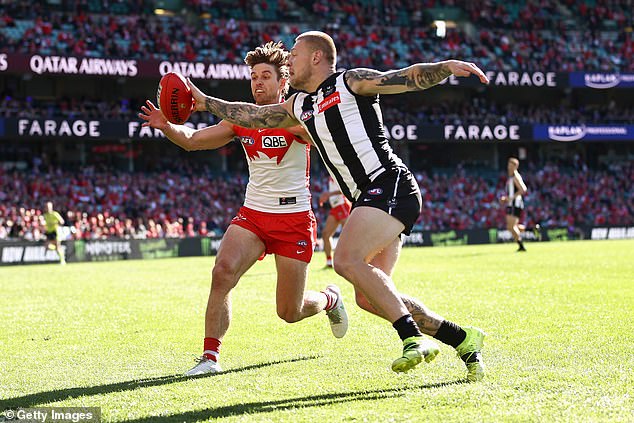 ‘We condemn the behaviour and need to learn from what happened and ensure that everyone across the AFL understands that we must have working environments that are free from any form of inappropriate conduct or sexual harassment,’ McLachlan said in a statement last August.

‘Where we fall below the standards expected of us, we need to acknowledge that and take the appropriate steps to learn and improve.’

‘This is an ongoing journey, and we are committed to change.’ 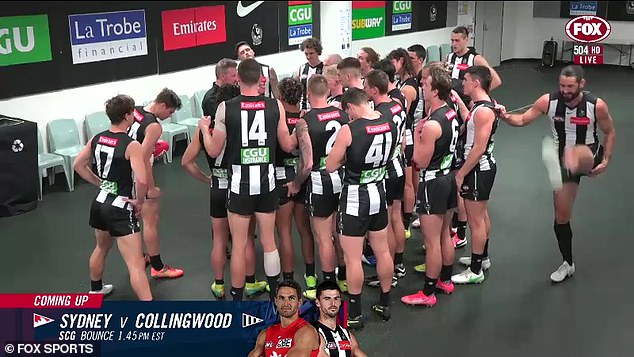 Why is Covid Killing So Many Young Children in Brazil? Doctors Are Baffled