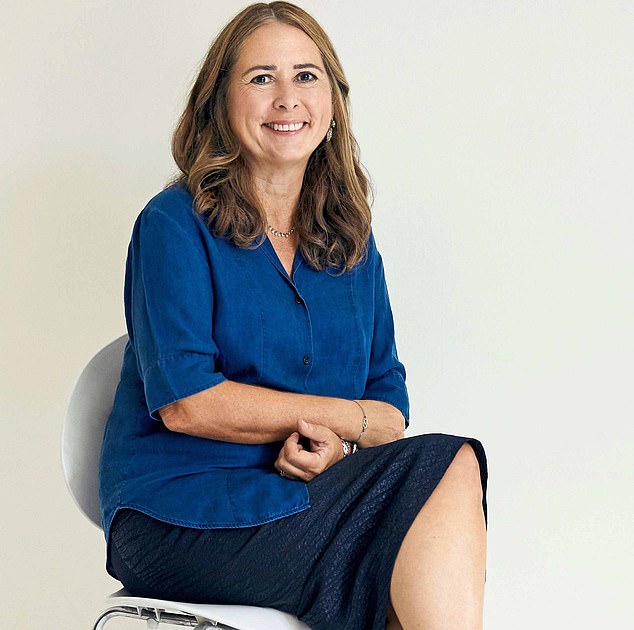 These are confusing times for women and our body image.

Never a day goes by when we aren’t being urged to ‘be our best selves’, accept what nature gave us, embrace our diversity of shape and size, and free ourselves from the tyranny of the masculine vision of beauty.

Yet at the same time, so many female celebrities are choosing, as my grandmother might have put it, to appear half-naked. Of course this is their choice.

It was Billie Eilish‘s idea to appear on the cover of this month’s Vogue, swapping her familiar emo baggies and lank hair for a bust-enhancing, tummy-restraining corset and a Monroe peroxide job with the words: ‘It’s all about what makes you feel good.’

But all the same, having watched last week’s Brit Awards, I still find it curious that so many of her fellow female artists feel that way about appearing so highly sexualised and manufactured. There were exceptions.

Never a day goes by when we aren’t being urged to ‘be our best selves’, accept what nature gave us, embrace our diversity of shape and size, and free ourselves from the tyranny of the masculine vision of beauty

The brilliant Arlo Parks, who won Best Breakthrough Artist, and sister trio Haim were noticeable for their demure trousers, while Taylor Swift, now something of a grande dame of the pop scene, was relatively modest, accepting her Global Icon award in a cropped sequin bandeau and long skirt.

But they were in the minority. Dua Lipa scooped up two gongs in a boob-popping Vivienne Westwood corset, stockings and suspenders.

Pop star Mabel (the daughter of the more androgynous 1980s style leader Neneh Cherry) turned out in a lime-green Tony Ward frock completely open up one side, and presenter Maya Jama wore her mini-dress slit at the navel. Gone are the days of ‘it’s either legs or boobs’.

Surely there’s a mismatch going on between what is being said about authenticity and female empowerment and the way these high-profile stars appear.

This is not about whether women are asking for trouble if we don’t cover up, or if we don’t conform to ‘appropriate’ dressing, but these are not easy looks to pull off without a whole glam squad at the ready, scrubbing up every inch of you. 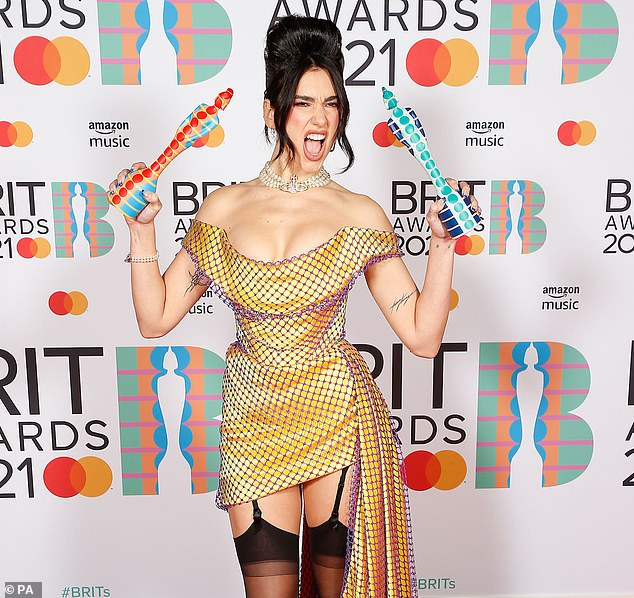 Singer Dua Lipa poses with her awards during this years’ Brit Awards at the O2 Arena, London

It seems weird that at a time when women, and in particular young women, are encouraged to embrace their natural, unique selves, they are confronted by influential stars who appear as manufactured as 1950s movie stars.

There’s not an ounce of dimpled cellulite to be seen (and yes, even young women have that).

Not a whisker of hair anywhere on these girls’ bodies, other than their heads. No eyebrow goes un-pencilled, eyelash un-extended, or in many cases even in their youthful 20s, an un-Botoxed or un-fillered face.

And if you take a peek at the Hot Girl Summer video by rappers Megan Thee Stallion and Nicki Minaj, you’ll see quasi-pornographically styled, plasticised female flesh thrown out alongside Megan’s rallying call to be ‘unapologetically you’.

I realise that this might sound hypocritical coming from me, as ex-editor of Vogue, where my business was to publish fashion pictures that were idealised images of women. But I wasn’t spouting inspirational diktats about body diversity at the same time.

We may not all be as brave and exposing of our natural selves as artist Tracey Emin, who last week revealed pictures of her undressed self and her urostomy bag after brutal cancer surgery. 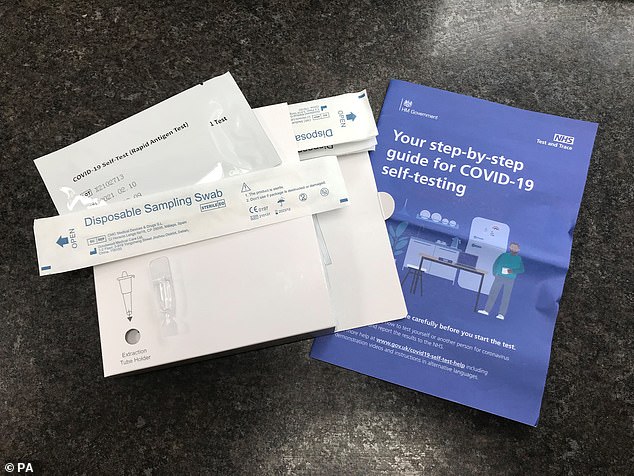 Our Test & Trace system was going to be world-beating – it’s world-beatingly expensive, that’s for sure. Pictured: The NHS Test and Trace COVID-19 self-testing kits

I’d love to know exactly who’s making all the money out of the private PCR Covid tests you need for travel.

Testing firms argue laboratory fees and the logistics involved drive up the costs, which are typically about £100, but why on earth can you get them in France, for example, for €20 and in many parts of Italy for free?

Kiss goodbye to a smacker from me

There’s a lot of fuss about how we are going to be able to hug from tomorrow, but what are the rules on social kissing? Is hugging a catch-all phrase for physical contact – or are we still not meant to plant our lips on each other?

Personally I’ve found it a relief not being kissed by everyone I meet. Smackers on the cheek from people who scarcely know you had become impossible to avoid, and although I would frequently extend my hand out in greeting, more often than not it would be used to yank me forward for the unwanted kiss.

Hopefully the restrictions of Covid will mark a reset. Handshakes and a little wave will be seen as polite rather than deeply standoffish.

Nothing changes for life’s superwomen

Designer Anya Hindmarch is one of life’s superwomen, bringing up five children, running a global fashion empire and designing a neat handbag or two.

She’s just published If In Doubt Wash Your Hair, a book filled with advice on how to get it all done.

Comparing it with a copy of Shirley Conran’s 1975 bestseller Superwoman, it’s fascinating how many similarities there are.

Although Anya’s chapter headings are of a motivational nature, such as ‘creativity eats strategy for breakfast’, while Shirley’s were more of the ‘how to be a laundry-maid’ genre (and jolly helpful that was, too), their advice nearly 50 years apart is not so dissimilar: stick to routines, decide what you really care about and ditch the rest.

David Cameron’s appearance in front of two committees was a masterclass in keeping your cool.

Asked the same aggressive questions again and again, you could practically hear some of his interrogators licking their chops in delight that their time had finally come to give him a mauling.

Even so, he remained calm, polite and patient. Now the Greensill millions he might have made aren’t on the table, he could consider a lucrative sideline as an inspirational speaker on keeping your temper and The Art Of Chillaxing.

My garden’s leaving it blooming late…

Is it just our garden that is oddly bare of flowers? The camellia never bloomed, the rose buds are closed and the geraniums are still twigs. I hope it gets the message we’re opening up next week…