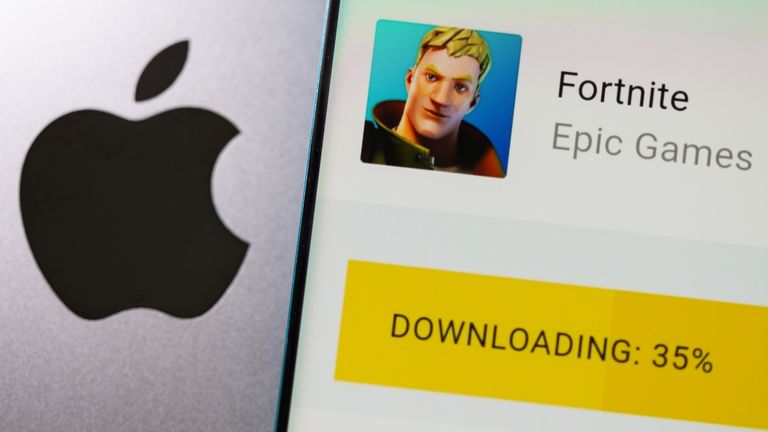 Apple has relaxed rules about its App Store to settle a lawsuit brought by developers in the US ahead of a ruling in a separate case brought against the company by the makers of Fortnite.

In a first for the iPhone maker, Apple will permit app developers to inform users about using payment methods outside of the App Store, where the company currently charges up to 30% commission on transactions – although these commissions will remain in place.

Apple has also offered to set up a $100m (£73m) fund for small developers and committed to keeping commission rates low for small businesses according to the terms of the settlement, which need to approved by a judge.

It comes ahead of a ruling in the case between Apple and Fortnite maker Epic Games, which is also before the court of the same federal judge as in this class action case.

Epic Games has accused Apple of running the App Store as a monopoly that exploits mobile apps for a significant slice of their earnings through the company’s high commission rate.

The iPhone maker first earned the ire of Epic when it took action against the company last August for slipping a new payment system into the iOS version of the hit online shooter.

The move prompted Apple to remove the game – reported to be the most popular in the world – from its App Store and accuse Epic of launching the feature with the “express intent of violating” its guidelines.

Epic’s founder and chief executive Tim Sweeney said his company’s lawsuit was “not asking any court or regulator to change this 30% to some other number, only to restore competition on iOS”.

After Epic expanded its case to the European Union, Apple said: “In ways a judge has described as deceptive and clandestine, Epic enabled a feature in its app, which was not reviewed or approved by Apple, and they did so with the express intent of violating the App Store guidelines that apply equally to every developer and protect customers.

“Their reckless behaviour made pawns of customers, and we look forward to making this clear to the European Commission.”

The legal dispute has drawn in a number of sympathisers with Epic Games, with Facebook assisting the firm to provide relevant information on how Apple’s policies adversely impacted the company.

Apple and Facebook are on course for a series of clashes as court cases and technological developments pit their business models against each other – with the technology industry set to be reshaped in the winner’s image.

This prompted Microsoft to criticise Apple, saying it “stands alone as the only general purpose platform to deny consumers from cloud gaming and game subscription services like Xbox Game Pass”.

Biden pledges a new war on terror, but will the American public and the Taliban tolerate it? | US News