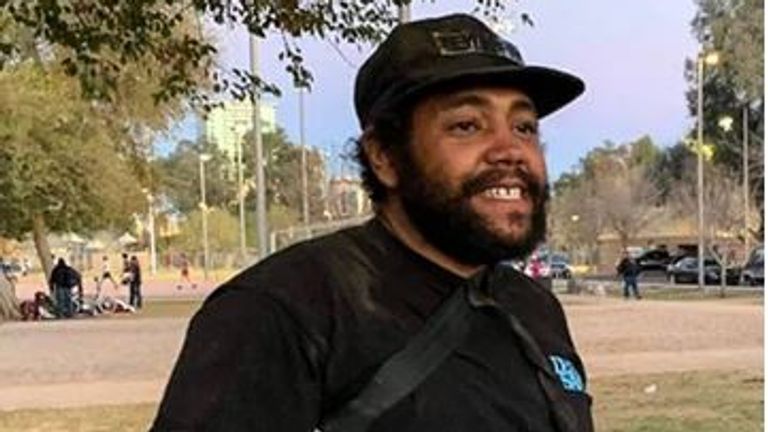 Three police officers in Arizona have been placed on paid leave after they refused to rescue a homeless man from drowning in a lake.

The 34-year-old’s drowning was described as a “tragedy” by Tempe city manager Andrew Ching and Police Chief Jeff Glover, following the release of 12 minutes of edited police body camera video showing the moments before his death in Tempe Town Lake on 28 May.

The officers were responding to a reported disturbance between Mr Bickings and his partner near the Tempe Center for the Arts at 5am. They denied any argument and co-operated fully with police, according to a statement by city officials.

They told the couple they were running their names through a database for outstanding arrest warrants, when Mr Bickings climbed a 4ft metal fence, entered the water and began swimming.

Officers told him he was not allowed to swim in the lake, and one can be heard saying: “How far do you think he is going to be able to swim?”

The bodycam footage ends shortly afterwards, with a message it has been cut short “due to the sensitive nature of the remaining portion of the recording” and a transcript of the rest of the exchange is provided by the city authorities instead.

When Mr Bickings warned them he was going to drown, an officer replied: “No you’re not.”

He warned them a second time and another officer said: “Okay, I’m not jumping in after you.”

His partner, becoming increasingly distressed, urged the officers to jump in the water. “He’s drowning right in front of you and you won’t help,” she said.

Mr Bickings’ body was pulled from the water several hours later at around 11.30am.

The officers’ response to the drowning is being investigated by Arizona Department of Public Safety and the Scottsdale Police Department, city officials said.