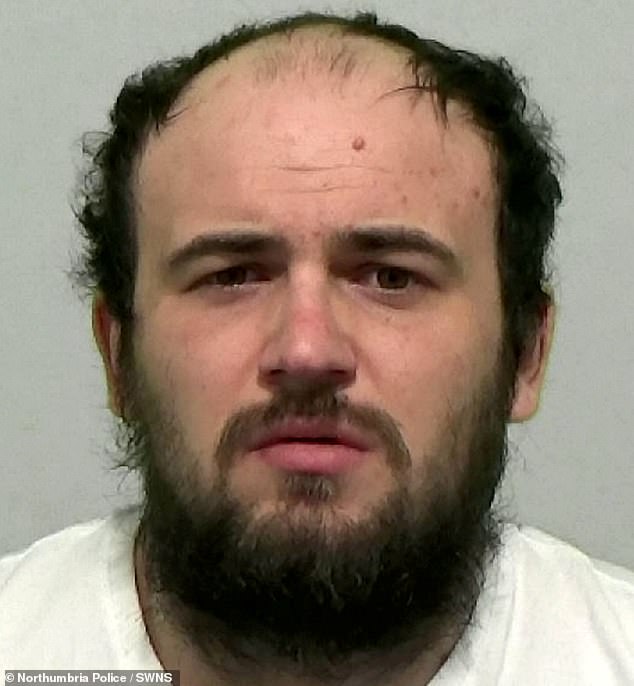 Arsonist, 30, caught on CCTV torching neighbours’ cars and a disabled man’s wheelchair in random attacks in the middle of the night faces jail

By Katie Weston For Mailonline

An arsonist who was caught on CCTV torching neighbours’ cars and a disabled man’s wheelchair during random attacks in the middle of the night is facing jail.

Kenneth Sherrington, 30, set fire to nine cars across the Grangetown area of Sunderland over a six-week period between December 2019 and January last year.

Frightened residents only realised what had happened when they were woken up by the sounds of the vehicles exploding outside their homes.

Among Sherrington’s victims was a disabled man who relies on using a wheelchair but was left stranded after it was destroyed in his car.

The arsonist was spotted on CCTV torching a car in a residential street. When he was arrested he was even wearing the same clothes.

Kenneth Sherrington (pictured above), 30, set fire to nine cars across the Grangetown area of Sunderland over a six-week period between December 2019 and January last year

He was remanded into custody and will be sentenced at the same court on June 29.

In a statement read to the court, the disabled victim said: ‘My wheelchair was in my car at the time of the fire and this has meant not only am I without my car, but my mobility has been dramatically restricted as my wheel chair has been destroyed.

‘It is quite scary that someone is prepared to set fire to property in such a dangerous location. This incident could have been a lot worse if I had not been woken up.’

Sergeant Craig Sherriff, of Northumbria Police, said: ‘Kenneth Sherrington randomly targeted victims in his own community at a time when the majority of people across the North-east were all pulling together and looking out for each other.

‘His actions were selfish and dangerous, setting vehicles on fire under the cover of darkness while his victims were fast asleep. 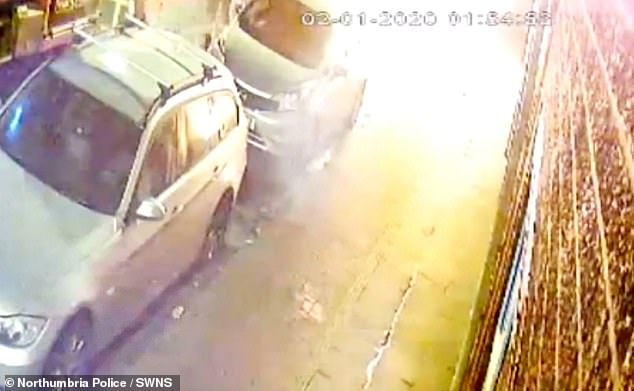 A still from the CCTV footage which captured Sherrington setting fire to a car on a residential street. When he was arrested he was even wearing the same clothes 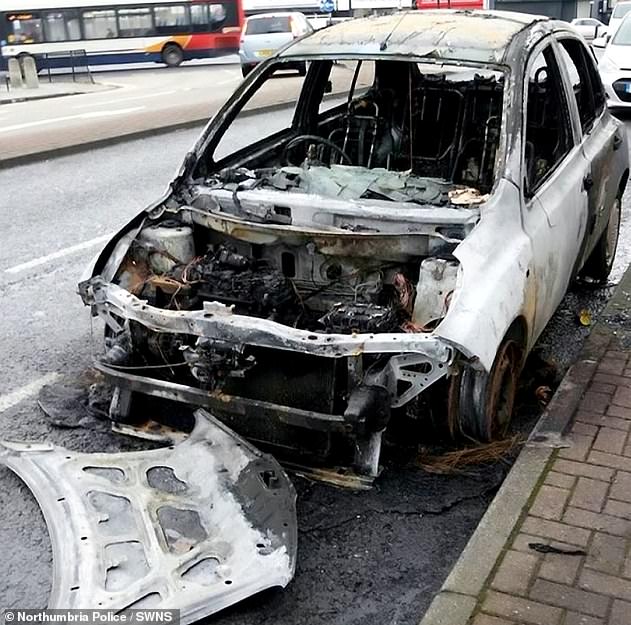 One of the fire damaged cars pictured above. Sherrington, from Sunderland, admitted nine counts of arson causing criminal damage when he appeared at Newcastle Crown Court

‘In doing so, he endangered the lives of everybody living nearby – he could have easily killed somebody had the blaze spread to nearby houses.

‘I am delighted that he has now been convicted of his crimes, and I’d like to thank each victim for their cooperation and support throughout this wide-ranging investigation.

‘I would also like to praise the team of officers, especially PC Emily Milne who led the investigation, who all played their part in ensuring this perpetrator rightly had his day in court.

‘Their intensive enquiries involved piecing together hundreds of hours of CCTV clips, tracking Sherrington’s movements, and ultimately proving he was the man responsible for repeatedly lighting the flame.’