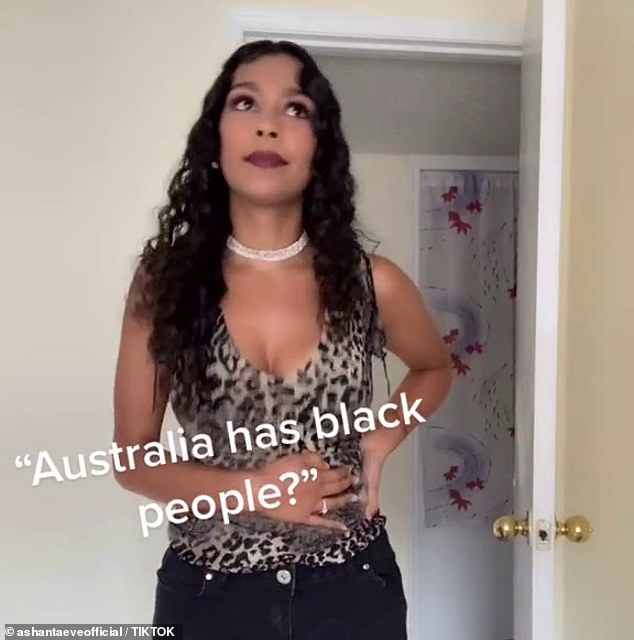 ‘Australia has black people?’ Aboriginal singer living in the US reveals the outrageous questions she’s asked by Americans – and their biggest misconceptions about her home country

An Indigenous Australian singer living in the United States has revealed the shocking questions Americans ask about her appearance and culture.

Ashanta Eve Tolley, who studies at Berklee school of music in Boston, Massachusetts, is regularly bombarded with uneducated remarks from foreigners who hold misconceptions about Australia.

In a video posted on TikTok this week, the Indigenous artist shared with her more than 24,000 followers some of the insulting comments she has faced while living abroad, including ‘Australia has black people? and ‘do you play the digeridoo?’.

The footage shows Ms Tolley walking forward before she is stopped in her tracks each time a new question appears superimposed on the screen, with other bizarre statements including ‘you don’t look Australian’ and ‘that has to be a wig’.

The clip rapidly went viral, racking up more than 99,000 reactions, with many shocked by the ignorant assertions.

‘It is crazy since you are the original Australians. How is it that people don’t know this?’ one person wrote.

‘Most Americans have never seen an Australian Aboriginal or know they exist,’ another added. 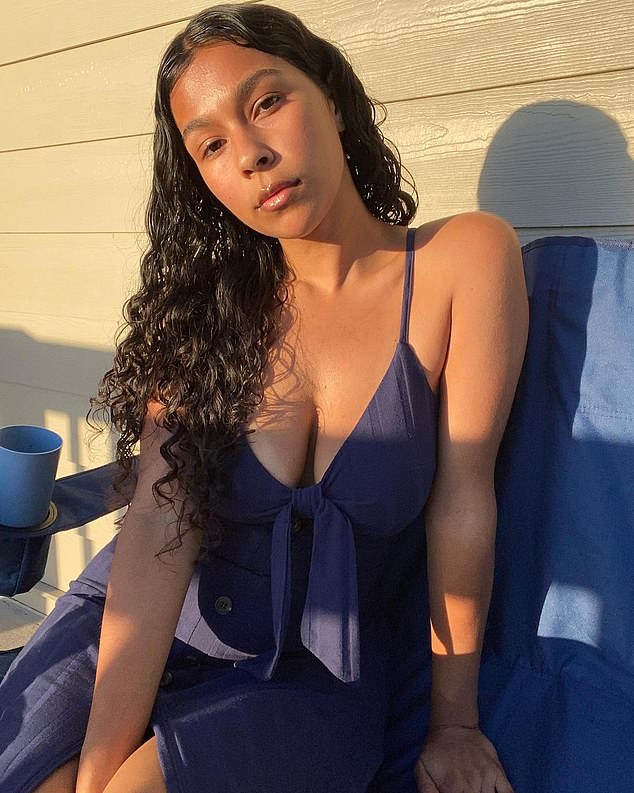 Despite the comments she has received in the US, Ms Tolley said the worst racism she has experienced was in Australia

Someone else pointed out Aboriginal people have been the traditional owners of the country for more than 60,000 years, while another chimed: ‘You don’t look Australian? Oh the irony.’

‘At least they knew what a didgeridoo was? (I am really scraping at the bottom of the barrel here)’ a third said.

However, Ms Tolley said the ignorance in America did not compare to racism she experienced her home country.

In a second video responding to a question from a fan, the musician explained she ‘could never live in Australia again’ because of the ill-treatment she copped from compatriots.

‘Unfortunately I have lived in several countries – Japan, South Korea, in the Middle East, and the US – and I have never been treated badly in any of those places except for Australia,’ Ms Tolley said.

‘I actually had someone make ape noises at me one day while I was wearing traditional attire.

‘I’ve had a teacher spit on me, I’ve been followed around stores, received dirty looks when out in public, mainly from older white people.’ 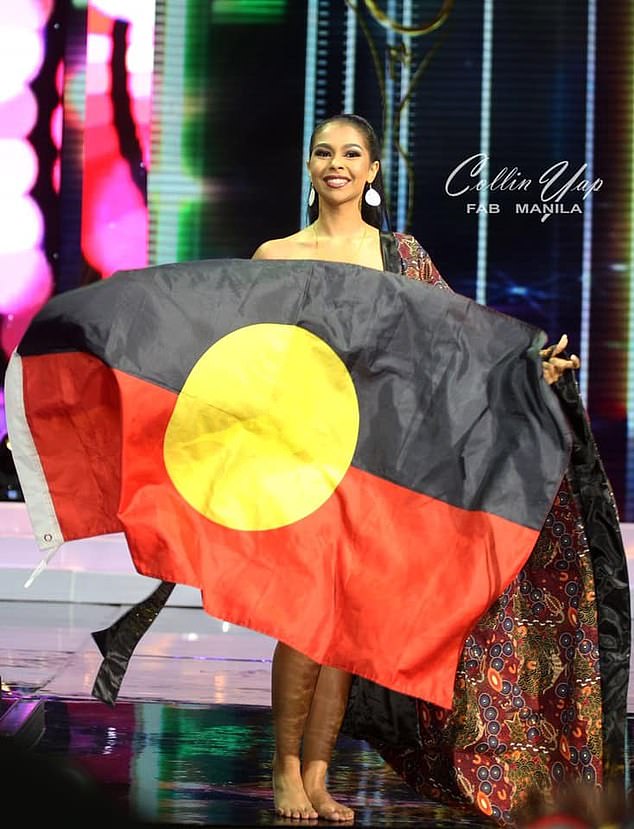 Ms Tolley, a Tjapukai woman, has lived in the United States since she was 13 and studies music in Boston

Ms Tolley, who works under the name Ashanta Eve, said she also received ‘all sorts’ of dirty stares one time while street performing with the Aboriginal flag behind her.

‘I love Australia, but I would never go back to live there,’ she said.

After her clips sparked debate among commenters, the performer issued a third video stating education was key to reducing ill-informed comments.

‘Please understand that not everybody is educated and they don’t know. They have genuine questions and they just want to learn,’ she said.

‘If they are asking questions be respectful and give them the answers. If they are still rude after that, then they have no excuse for it.’

Ms Tolley, a Tjapukai woman, moved to the US when she was 13 and competed in the 2019 Miss Global international beauty pageant in the Phillipines.