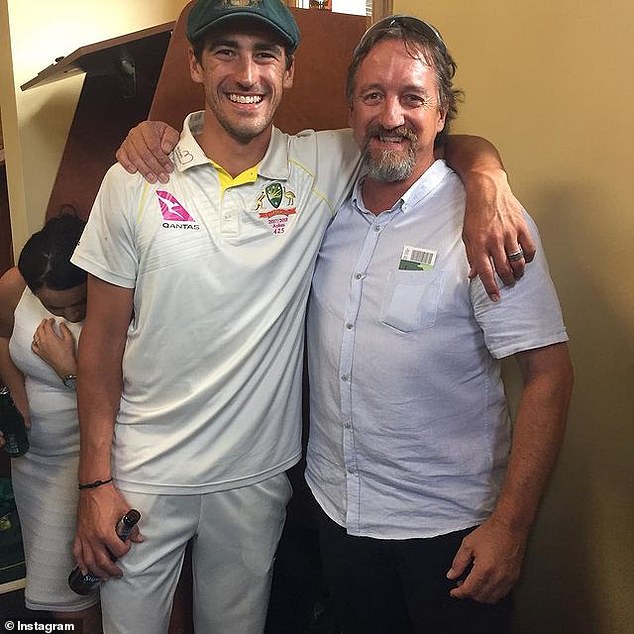 The 31-year-old Australian fast bowler will miss the Sheffield Shield match against Victoria, starting on Thursday, to mourn the loss of his father Paul who passed away on Tuesday.

Starc had earlier pulled out of the second and third T20s against India in December due to a family illness.

Cricket NSW confirmed Starc would miss the match at Bankstown Oval, as would Steve Smith who is resting an elbow injury.

Teammate Nathan Lyon paid his respects to the Starc family on Wednesday.

‘All our thoughts and prayers are going out to Mitch and his family,’ Lyon said, Seven News reported.

‘It’s a tough time but he knows he’s got all our love and all our support, from everyone here at NSW cricket and the cricket community.’