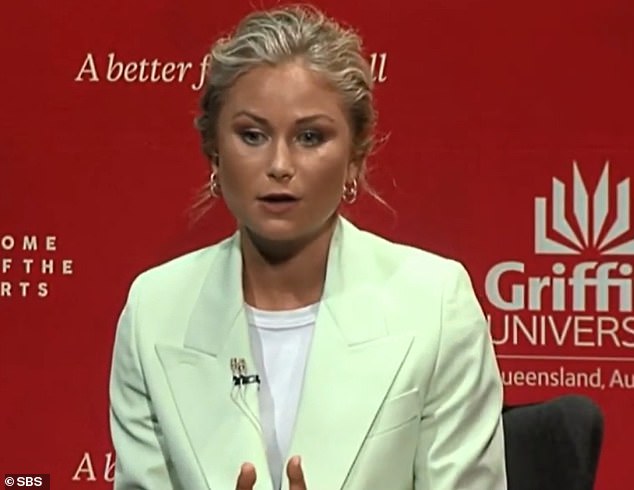 Senator for Queensland Amanda Stoker, who is considered a rising star in the Liberal Party, was selected as the Assistant Women’s Minister this week in the cabinet reshuffle.

Speaking to journalist Kerry O’Brien at a Griffith University event about sexual assault and power relations, Ms Tame blasted the decision, pointing to Ms Stoker’s past campaign against changes to consent laws.

‘The new Assistant Minister for Women is someone who previously endorsed a “fake rape tour” aimed at falsifying instances of sexual abuse on school and university campuses across Australia,’ Ms Tame said on Tuesday.

‘It goes without saying that this came at an immeasurable cost to already traumatised student survivors.’

Ms Tame also hit out at the Prime Minister, accusing him of ‘dismissing her’ when she spoke to him at an event in January about the need for a permanent taskforce to tackle sexual abuse.

‘Two months later, in an attempt to repair his political standing following explosive allegations of sexual assault, discrimination, and misconduct in parliament, he has rearranged his cabinet and created a Taskforce on Women’s Equality, Safety, Economic security, Health, and Wellbeing.’

Ms Tame also highlighted how the assistant minister has supported a controversial commentator who expressed sympathy for her abuser in an interview. 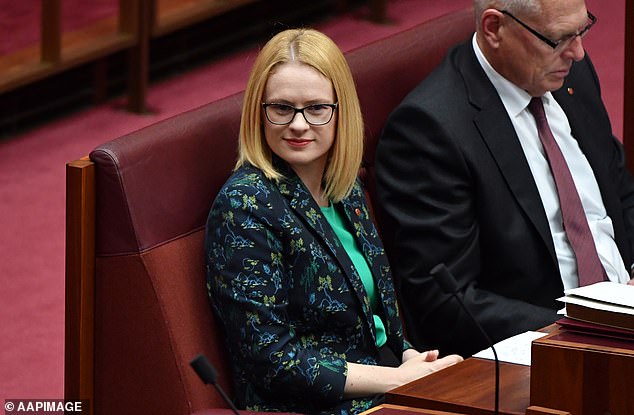 In 2017, commentator Bettina Arndt published an interview with the man convicted of raping Ms Tame, suggesting she may have behaved provocatively.

Ms Arndt last year received an Australia Day award for her contribution to gender equity, which was roundly criticised by survivor advocates.

‘The new Assistant Minister also supported last year’s Australia Day Honour of a woman [Arndt] who gave a platform to the convicted paedophile who abused me,’ Ms Tame said.

‘A woman who laughed with the paedophile while they discussed and defended crimes against children.’

Ms Tame said in appointing the senator to the new role, the prime minister was either ignorant of the issues, or understood them and was making calculated moves to perpetuate them.

‘If the latter is true, then what we’re seeing is further abuse of power, masterfully disguised as progress,’ she posted on social media.

‘The very same psychological manipulation at the heart of these recently exposed evils.’ 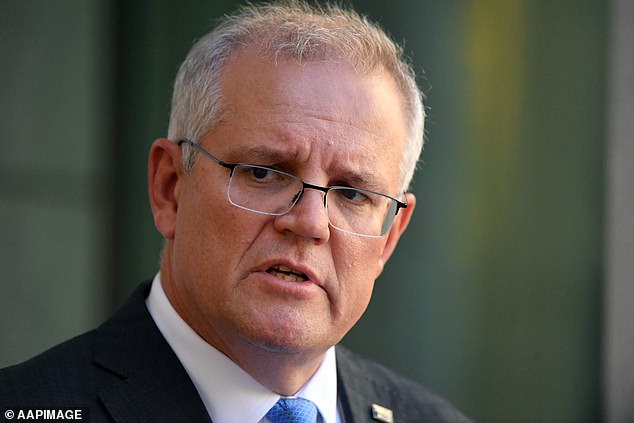 Ms Tame said the prime minister was either ignorant of the issues, or understood them and was making calculated moves to perpetuate them by appointing Ms Stoker to the new role

The prime minister’s appointment of Senator Stoker has also drawn criticism for several other reasons.

Senator Stoker has accused women from her own side of politics of ‘playing the gender card’ when they have raised bullying allegations.

She strongly opposes abortion as well as transgender rights, arguing ‘gender isn’t something you choose’.

Another woman promoted in Scott Morrison’s cabinet reshuffle has also come under fire.

Karen Andrews, who was elevated to home affairs minister after calling for change over the treatment of women in parliament, has been accused of bullying.

She denies the allegations.

The Australian reports the claims have been made by a female senior adviser, who is on stress leave after complaining about the culture in the minister’s office. 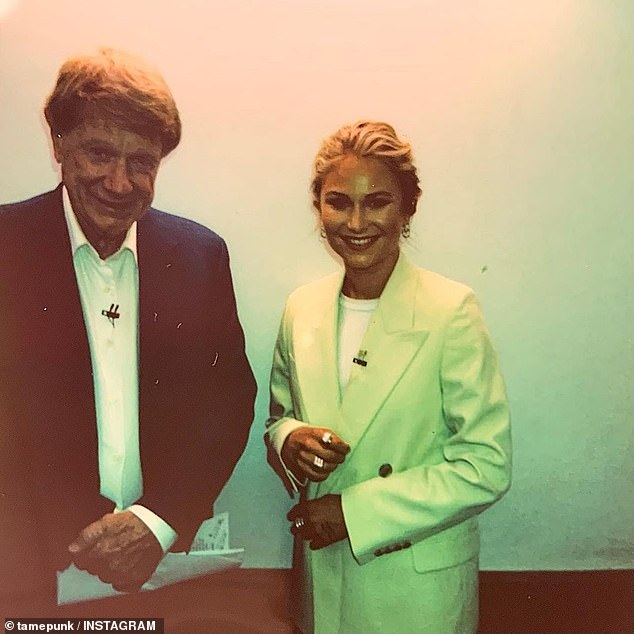 Ms Tame (pictured with Kerry O’Brien) also hit out at the Prime Minister for dismissing her calls to launch a permanent taskforce to combat sexual assault, only to do it two months later amid a parliament house scandal

The woman made an initial written complaint in August and another in March when Ms Andrews was still industry, science and technology minister.

‘The manner in which I have been treated is disrespectful, humiliating and demeaning,’ the woman wrote.

‘This bullying conduct has occurred over the last six to eight months and appears designed to force my departure from my employment.

‘However, given I have not done anything wrong, I do not believe I should be forced to leave my job and put myself in a very difficult financial position.’

During the recent turmoil in federal parliament surrounding the treatment of women, Ms Andrews was one of the most prominent ministers to demand change.

Rep. Matt Gaetz is ‘under investigation for sex trafficking of a teenage girl, 17’