Avocados, ice cream and a robotic arm on their way to International Space Station | US News 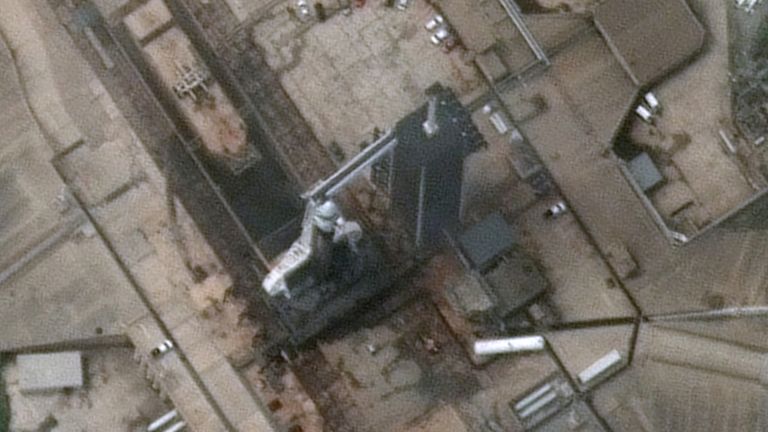 A SpaceX rocket is heading for the International Space Station with vital supplies including avocados, ice cream, and a robotic arm.

It is also carrying ants as part of an experiment organised by the Girl Scouts.

A recycled Falcon rocket lifted off from NASA’s Kennedy Space Center in Florida before dawn on Sunday, carrying almost 2,200kg of supplies and experiments for the ISS’s seven astronauts.

The robotic arm, which is made by a Japanese start-up company and is making its orbital debut, will attempt to screw items together.

It will also carry out other mundane chores normally done by the astronauts.

It is thought a team of such arms could help build lunar bases and mine the moon for precious resources as soon as 2025, he added.

The Girl Scouts are also sending brine shrimp and plants up as test subjects, while scientists from the University of Wisconsin-Madison have sent seeds from mouse-ear cress, a small flowering weed used in genetic research.

Concrete and solar cells will also be subjected to weightlessness.

Some experiments had to be left behind because of delays caused by COVID-19.

The delivery – due to arrive on Monday – is SpaceX’s 23rd for NASA in just under a decade.

Afghanistan: Joe Biden present as bodies of 13 American troops killed in Kabul attack return to US soil | US News