By Australian Associated Press On Jan 3, 2021 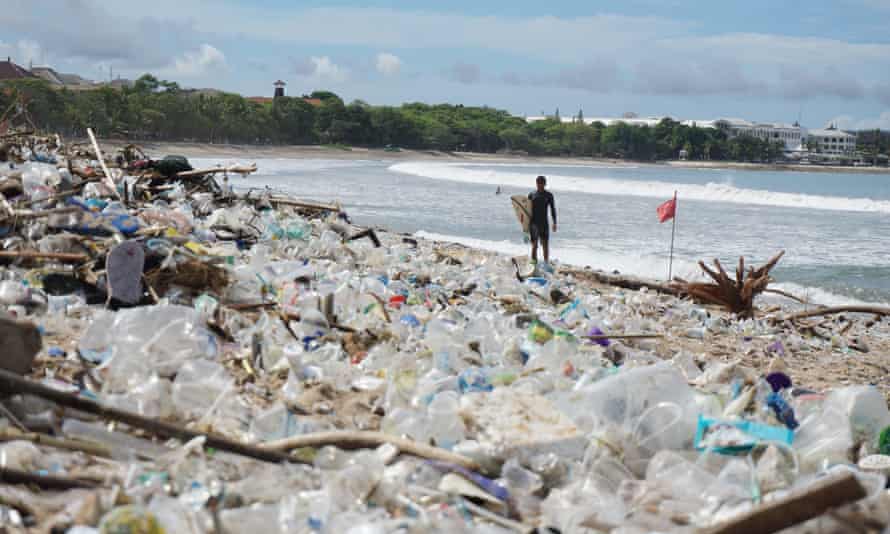 Bali’s beaches have been covered in tonnes of ugly rubbish as a result of the monsoon and chronic failings in Indonesia’s waste management system.

Authorities say that between 30 and 60 tonnes of trash is being collected from the island’s most famous beaches each day.

Rubbish regularly invades Bali’s beaches at this time of year when the monsoon season begins, but authorities say it is worse than previous years.

Photographs showed a tide of plastic bottles piled up along the sand.

“We have been working really hard to clean up the beaches, however the trash keeps coming,” Wayan told AAP. “Every day we deploy our personnel, trucks and loaders.”

He said more than 30 tonnes of rubbish was removed on Friday from beaches in Kuta, Legian and Seminyak and the amount doubled to 60 tonnes on Saturday.

Wayan said while rubbish flooding onto Bali beaches was a regular phenomenon at this time of year, because of weather conditions, it was getting worse.

“The biggest problem is actually the trash handling hasn’t been effective in Indonesia. Bali has just started to reorganise it, also Java has just started,” he told AAP.

Bali’s governor, Wayan Koster, urged serious action to clean up the beaches which are a huge tourist drawcard.

“The Badung administration should have a trash handling system at Kuta Beach that is complete with adequate equipment and human resources so they can work quickly to clean up the trash washed onto the beach,” the governor said.

“Moreover, in the rainy season when there are tourists visiting, the trash handling systems should be working 24 hours a day. Don’t wait for tomorrow.”

Thousands of tourists would normally be in Baliat this time of year, but the coronavirus pandemic has halted overseas travel and there are few visitors.

Indonesia has also closed its borders to all foreign arrivals for two weeks from 1 January in a bid to halt the spread of the new strains of Covid-19.

Bali’s economy has been hit hard by the pandemic which has decimated its tourist industry with only domestic arrivals now dwindling in.

Siblings Rizkika Arshanty and Rizkella Triara, from Jakarta, told AAP they were disappointed to visit Kuta beach and find it inundated by rubbish.