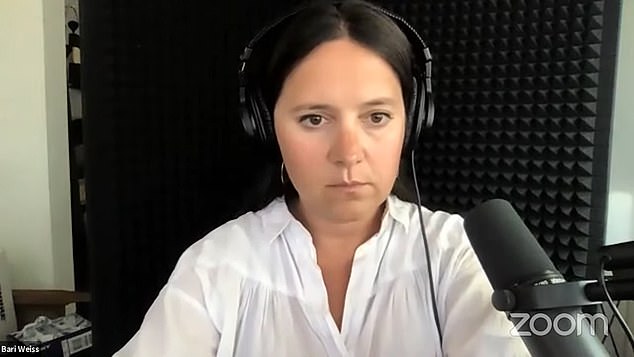 Writer Bari Weiss has slammed the continued obsession with mask-wearing among those who are fully vaccinated for COVID-19, saying it has become a way to signal virtue with no clear health benefits.

Weiss, a former staff editor for the New York Times opinion section, shared her views in a column on Sunday for subscribers to her influential Substack newsletter.

‘The message should be extremely simple: get vaccinated and get back to normal life,’ Weiss continued.

Writer Bari Weiss has slammed the continued obsession with mask-wearing among those who are fully vaccinated for COVID-19, saying it has become an empty way to signal virtue 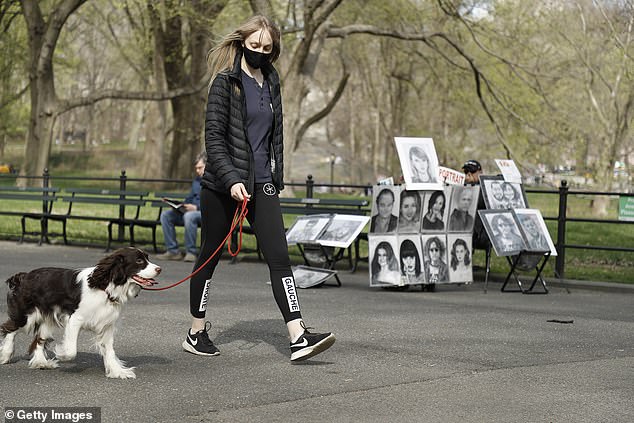 A woman wearing a mask walks her dog in Central Park on April 10, 2021 in New York City. The CDC now says masks are unnecessary outdoors for those who are fully vaccinated

Weiss, a conservative-leaning centrist, quit the Times spectacularly last summer citing ‘constant bullying by colleagues who disagree with my views.’

Her independent newsletter has quickly become an influential source of information on the battle over ‘woke’ excesses in Manhattan’s elite private schools.

In her latest column, she criticized both MSNBC host Joy Reid, who revealed that she wears two masks while jogging after getting fully vaccinated, and Fox News host Tucker Carlson, who urged viewers to ‘call the police’ if they see children wearing masks outdoors.

‘No, you do not need to wear a mask, let alone two, when you are a vaccinated person outside jogging,’ Weiss wrote.

‘And no, you absolutely should not call the police or Child Protective Services on parents who still mask their children… Mind your own business,’ she continued.

‘Like almost everything these days in American life, it feels as if we are stuck between two deranged and morally confused options,’ she wrote.

Last week, the U.S. Centers for Disease Control and Prevention issued new guidance advising those who are fully vaccinated that masks are not necessary in uncrowded outdoor settings. 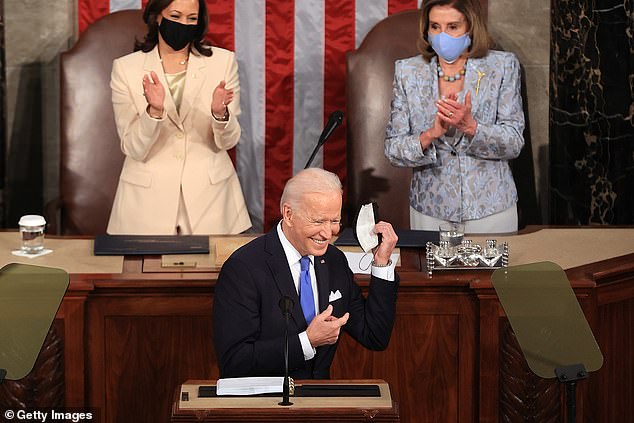 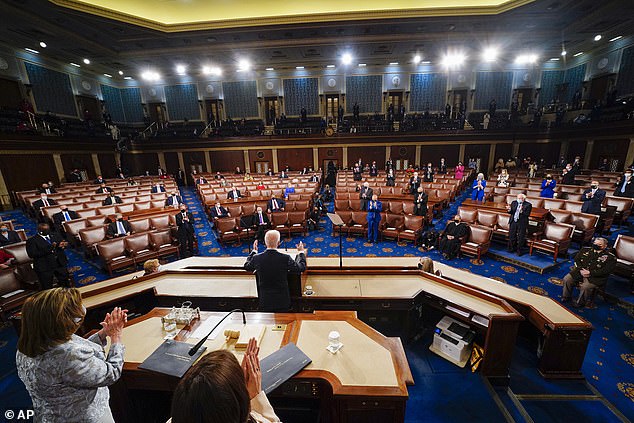 Members of Congress were widely spaced and wore masks for the address, though all were eligible for the vaccine in December

‘If I can walk into Wilson’s Pharmacy in Pittsburgh without an appointment and get a shot five minutes later, and if the federal policy is that every American over the age of 16 can sign up to do the same, I have a hard time believing that every single person present in the chamber for Joe Biden’s speech wasn’t vaccinated weeks ago,’ Weiss wrote.

‘Yet we watched the spectacle of distancing and masking and elbow-bumping among the most powerful people in the country,’ she continued.

Weiss is not the first to criticize the staging of Biden’s address, after Washington Post columnist Leana S. Wen last week said that the president ‘missed his biggest opportunity to reduce vaccine hesitancy.’

‘If I didn’t know better, I would have thought this was six months ago, before Americans had access to safe, highly effective vaccines,’ Wen wrote.

‘Imagine if Wednesday’s joint session had required that all attendees be fully vaccinated. Those who were not vaccinated were not welcome. But those permitted in could walk into the room, take off their mask, sit next to one another, and listen to a presidential address — just as they did in 2019,’ she continued.

In her column, Weiss also argued that those who had reveled in the ‘virtue’ of lockdown and took pleasure in scolding others for going to the beach had now embraced post-vaccination masking as a method of displaying their moral superiority.

‘Masks, like shopping at Whole Foods or eating at Chick-fil-A, have become a totem in the culture war,’ wrote Weiss. ‘There is no virtue in perma-masking.’ 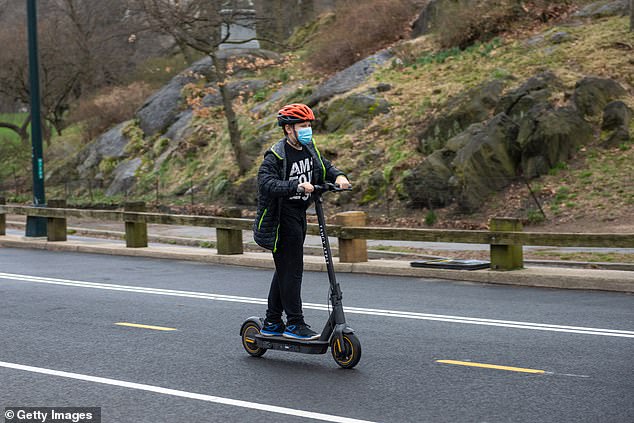 A person wearing a mask rides an electric scooter in the rain in Central Park on March 31, 2021

The writer did urge her readers to ‘suck it up and follow the rules’ when visiting shops or restaurants.

‘There is no reason the Italian restaurant we love around the corner is still insisting that we pull up the menu via QR Code,’ she wrote.

‘But you know what? It’s just not worth getting into it. It’s a good bet that anyone working a job in the service industry had a very hard year. Abide by the rules, even if they are weird, be polite and always tip at least 20 percent,’ wrote Weiss.

Weiss pleaded with her readers to get vaccinated, saying that the odds of a serious adverse reaction to approved vaccines are less than being struck by lightning.

‘We are privileged beyond belief to have the opportunity to get inoculated against this disease,’ she wrote.

‘I repeat: get vaccinated. And if you like, take a moment to thank God or the miracle of modern medicine that you have the option.’

Why India’s Outbreak Is a Threat to the wWorld