Before He Ran for President, Gustavo Petro Was a Guerrilla Fighter 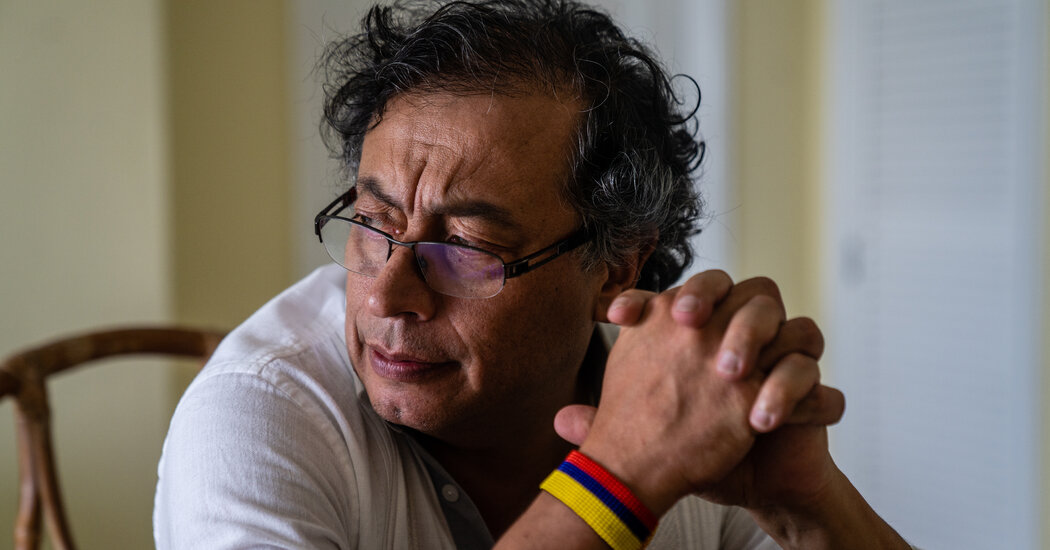 Long before Gustavo Petro emerged as a leftist candidate for president, he was part of the M-19, an urban guerrilla group that sought to seize power through violence in the name of promoting social justice.

For some Colombian voters, his past is a source of concern after decades of armed conflict. For others, it offers a sign of hope for one of most inequitable countries in Latin America.

The M-19 was born in 1970 as a response to alleged fraud in that year’s presidential elections. It was far smaller than the country’s main guerrilla force, the Revolutionary Armed Forces of Colombia, or FARC, which was Marxist and sought haven in Colombia’s jungles and rural areas.

The M-19 was an urban military group formed by university students, activists and artists who wanted to topple a governing system they believed failed to bridge a chronic divide between the rich and the poor.

“The M-19 was born in arms to build a democracy,” Mr. Petro told The New York Times in an interview.

It originally tried to promote a Robin Hood image, robbing milk from supermarket trucks to distribute in poor neighborhoods and, in a symbolic act of rebellion, stole a sword from a museum that Simón Bolívar used in Colombia’s war for independence.

Mr. Petro, 62, joined the group when he was 17 and an economics student, dismayed by the poverty he witnessed in the town where has living, outside Bogotá, the capital.

While the M-19 was less brutal than other rebel groups, it did orchestrate what is considered one of the bloodiest acts in the country’s recent history: the 1985 siege of Colombia’s national judicial building that led to a battle with the police and the military, leaving 94 people dead.

The group also stole 5,000 weapons from the Colombian military and used kidnapping as a tactic to try to wrest concessions from the government.

Mr. Petro, who spent 10 years in the M-19, largely stockpiled stolen weapons, said Sandra Borda, a political science professor at the University of the Andes in Bogotá.

“What’s key is that he wasn’t part of the main circle who made the decisions in M-19. He was very young at that moment,” she said. “He didn’t participate in the most important operations of the M-19, the military operations.”

At the time of the justice building takeover, Mr. Petro was in prison for his involvement with the group and he has described being beaten and electrocuted by the authorities.

The group eventually demobilized in 1990, which was considered one of the most successful peace processes in the country’s long history of conflict. It turned into a political party that helped rewrite the country’s constitution to focus more on equality and human rights.

Mr. Petro ran for Senate as a member of the party, launching his political career.