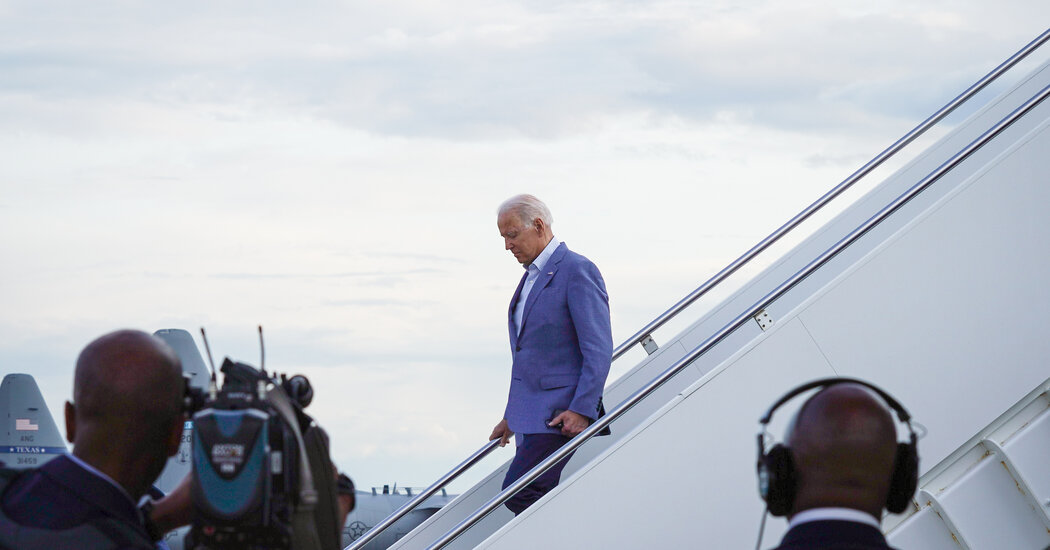 President Biden said on Wednesday that he was “shocked and saddened” by the assassination of President Jovenel Moïse of Haiti and the shooting of his wife, Martine Moïse.

“We condemn this heinous act,” Mr. Biden said in a statement. “I am sending my sincere wishes for First Lady Moïse’s recovery.”

Since taking office, the Biden administration has vowed to put a renewed focus on Haiti, even as it faces difficult questions about U.S. policy goals and actions.

The American ambassador to the United Nations, Linda Thomas-Greenfield, told House lawmakers last month, “We’ve not forgotten about Haiti, and I am committed to continuing to work to improve the situation.”

Her remarks, at a House Foreign Affairs Committee hearing, prompted what Representative Albio Sires, Democrat of New Jersey and chairman of a House panel that oversees policy for the Western Hemisphere, called “a little story” from a meeting he had with Mr. Moïse in recent months.

“One of the things he said to us was that he wanted to bring the army back,” Mr. Sires told Ms. Thomas-Greenfield. “You know, to me, we give this island money, money, money. They don’t need an army. So if you could tell him that there are other countries out there without an army that are doing real well …”

“I will,” Ms. Thomas-Greenfield responded.

On Wednesday morning, Representative Andy Levin, a member of the committee who is also a co-chair of the House Haiti Caucus, called the killing of Mr. Moïse “a devastating if not shocking example of the extent to which the security situation in Haiti has unraveled.”

“For months,” he said in a statement, “violent actors have terrorized the Haitian people with impunity while the international community — the United States included, I fear — has failed to heed their cries to change course and support a Haitian-led democratic transition.”

The lead Republican on the committee, Representative Michael McCaul, Republican of Texas, condemned the killing of Mr. Moïse and the shooting of the president’s wife, Martine Moïse.

“There must be a full investigation and appropriate accountability for his murder. My condolences to the Moïse family and people of Haiti,” Mr. McCaul said in a statement.

How the Assassination of Haiti’s President Follows Years of Turmoil