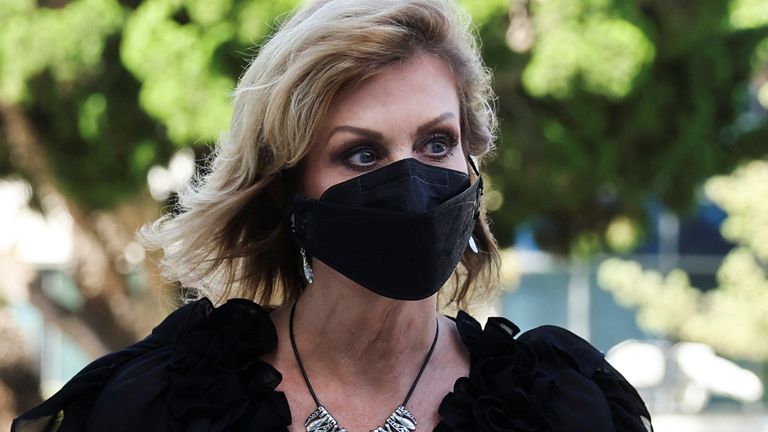 Actor and comedian Bill Cosby has been found liable for sexually assaulting a woman at the Playboy Mansion in 1975 when she was a teenager.

The decision is a major legal defeat for the 84-year-old entertainer once hailed as “America’s dad”.

It came just 11 months after Cosby was freed from prison after Pennsylvania’s highest court threw out his sexual assault conviction in a different criminal case there.

The actor had served more than two years of a three-to-10-year sentence.

Ms Huth had told the Santa Monica civil courthouse in Los Angeles that Cosby invited her and a friend to the Playboy Mansion when she was 16, and he was 37, and forced her to perform a sex act.

She said she suffered years after the incident, when multiple allegations against Cosby from other women helped stir up memories of that day.

Cosby, who did not appear in person at the trial, denied the allegation.

In video testimony shown to jurors, Cosby said he did not remember Ms Huth. But he said the incident could not have happened because he would not have pursued sexual contact at that time with someone who was under 18.

When the lawsuit was filed in December 2014, Ms Huth said the incident occurred in 1974, when she was 15. She told jurors she recently concluded she had been mistaken about the year and now believes it happened in 1975.

Cosby, 84, a ground-breaking black actor who grew up in public housing in Philadelphia, made a fortune estimated at $400m (£290m) during his 50 years in the entertainment industry.

He is best known for his role as the lovable husband and father in the 1980s television comedy series The Cosby Show.

But his family-friendly reputation was shattered after more than 50 women accused him of sexual assaults they claimed happened over nearly five decades.

Cosby was the first celebrity tried and convicted in the #MeToo era.

Donald Trump: State officials tell Capitol riots committee of abuse and threats from ex-president’s supporters as he fought US election ‘fraud’ | US News

Texas shooting: School where 19 pupils and two teachers were shot dead is to be demolished | US News