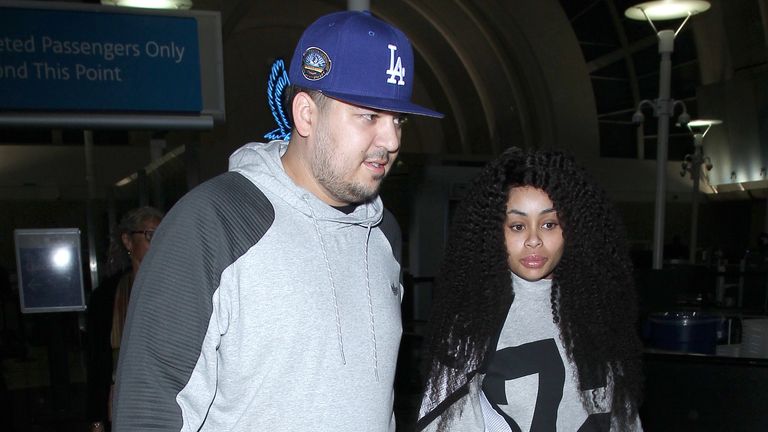 A volatile argument that saw Blac Chyna put an unloaded gun to the head of Rob Kardashian was “not a joke”, his mother, Kris Jenner, has told a Los Angeles court.

The matriarch of the Kardashians became emotional while recalling on the stand how she was told that Kardashian’s then-girlfriend Chyna pointed a gun at his head, tried to strangle him with a phone cord, and hit him with a metal pole while intoxicated in 2016.

Kris Jenner was the first person from the family to take the stand, with daughters Kim Kardashian, Khloe Kardashian, and Kylie Jenner all expected to testify in a lawsuit brought by Chyna, the ex-fiancee of the lone Kardashian brother, Rob.

Chyna, a model and former reality star whose legal name is Angela White, is suing the family for $100m (£77m) over lost earnings following the cancellation of her 2016 Keeping Up with the Kardashians spinoff ‘Rob and Chyna’ – which was dropped after one season – and for the loss of celebrity earning power that resulted from it.

On 14-15 December 2016, around the time Chyna and Kardashian celebrated the renewal of their show for a second season, the pair got in an argument that permanently damaged their relationship.

Chyna testified that she was joking with her fiance when she wrapped a phone cord around his neck and grabbed his unloaded gun off a nightstand.

But Jenner said the fight was “complete chaos” and “scary”.

Testifying, she recalled talking to her son after the incident, saying: “He was a mess. I could only imagine how he felt… This was a horrible situation, I was heartbroken.”

Jenner began to cry as she recalled how the spat had happened months after her daughter Kim was robbed at gunpoint in Paris.

She said knowing that both her children had a gun pointed at them within the same year was traumatising for her.

“He had a gun put at his head, and she was held at gunpoint and thrown into a bathtub. That’s a lot to take as a mother,” she said.

Jenner said her boyfriend Corey Gamble separated her son and Chyna, who she says smashed an expensive television.

But after Gamble pulled them apart and asked Rob Kardashian to leave, she was told that Chyna smashed a chair on the windshield of her son’s car.

However, the Kardashian lawyer, Michael G Rhodes, says the E! Network cancelled the show because Chyna and Kardashian broke up.

Kris Jenner claims she wanted to help Chyna but said arguments between the couple were an “ongoing theme” in a relationship influenced by drugs and alcohol.

“We didn’t put Chyna on the show and give her this fabulous life to be taken away,” she said.

“We created other opportunities. I was hopeful that it would be OK. That’s why I didn’t call (the police).”

Chyna’s lawyer Lynne Ciani asked about a text Jenner sent to the showrunner that read “we need to ditch this (expletive)” after her son’s altercation with Chyna.

Jenner said she was very angry and upset at the time, but she claims she never had any involvement in cancelling Chyna’s show.

Jenner is accused of being a ringleader who used her daughters in a campaign to defame Chyna.

Chyna is also suing Rob Kardashian, but the differences in her allegations against him prompted the judge to sever that part of the case into a separate trial that will follow this one.

Guy Lafleur, Dynamic Star of the Montreal Canadiens, Dies at 70