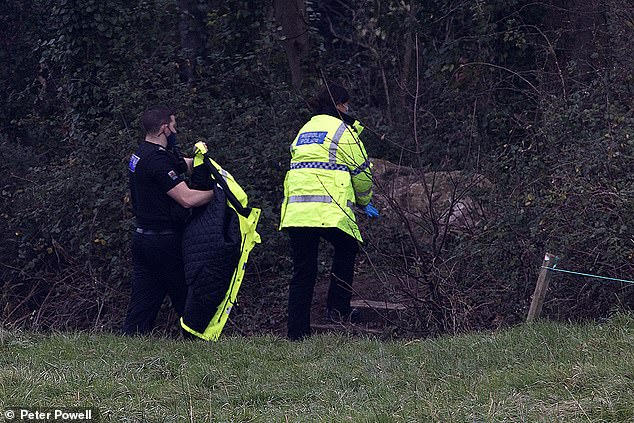 Body found near I’m A Celeb castle: Police discover dead man believed to have been mountain biking in woods near 200-year-old Welsh stronghold – a week after female fan was killed by car trying to take photos outside

By Mark Duell for MailOnline

The body of a male cyclist has been found in woodland near the Welsh castle where I’m a Celebrity…Get Me Out of Here! is being filmed.

The discovery was made on Saturday morning in woods in Abergele, less than a mile away from Gwrych Castle where the ITV reality show is taking place.

North Wales Police said there were no suspicious circumstances surrounding the death of the man who was found near Lady Emily’s Tower shortly before 11am.

Detectives, who were informed about the discovery by paramedics, carried out door-to-door enquiries after the man’s car was found parked in the area.

The man was found dead one week after the death of a mother-of-two who was hit by a car as she tried to take a picture of the castle. 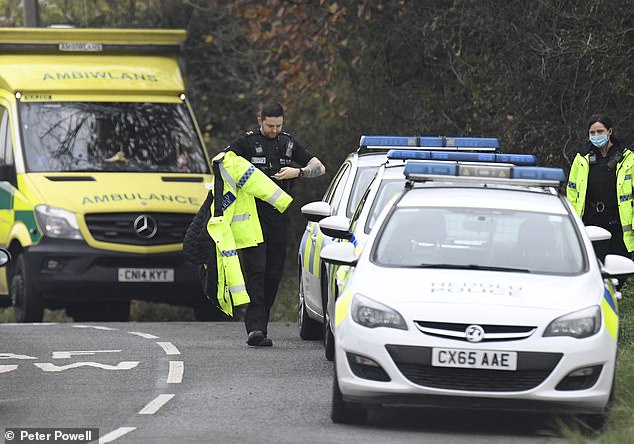 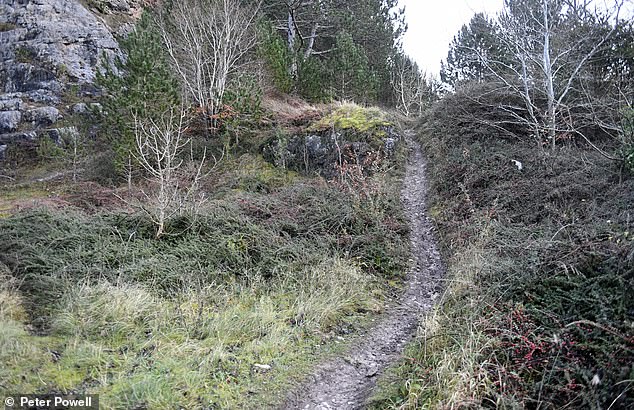 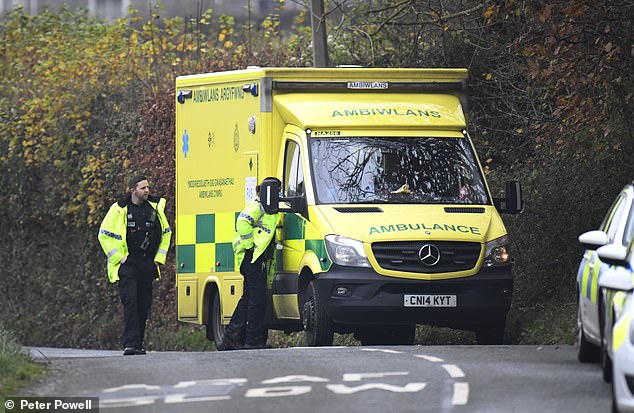 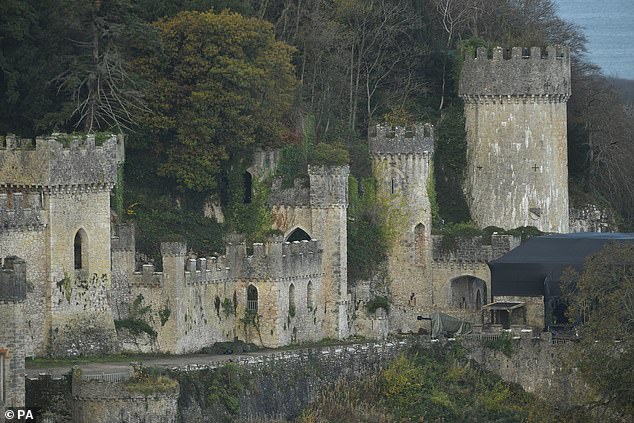 Gwrych Castle in Abergele, North Wales, is the setting for I’m A Celebrity…Get Me Out Of Here!

A North Wales Police spokesman said today: ‘We were notified at 10.57am on Saturday, November 28, by the Welsh Ambulance Service.

‘The body of a man, who we understand had been on a mountain bike in woods off the Abergele Road was discovered.

‘He was pronounced dead at the scene. There are no suspicious circumstances and the coroner has been informed.’

A Welsh Ambulance Service spokesman said: ‘We were called on Saturday, November 28 at approximately 10.49am to reports of an incident in a woodland area of Abergele. We responded with two emergency ambulances.’

It comes seven days after Sharn Iona Hughes, 58, died when she was struck by a car after travelling ten miles from her Prestatyn home to see the lights on the set. 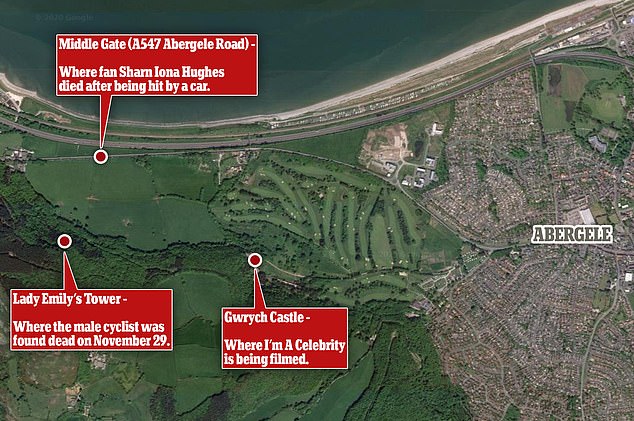 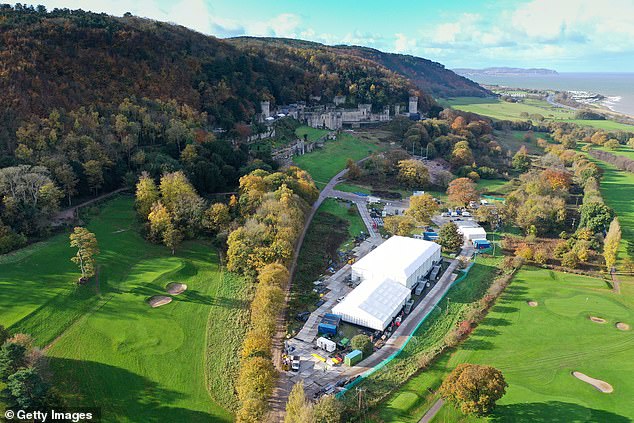 An aerial view of the castle, showing the woodland area to the left where the body was found 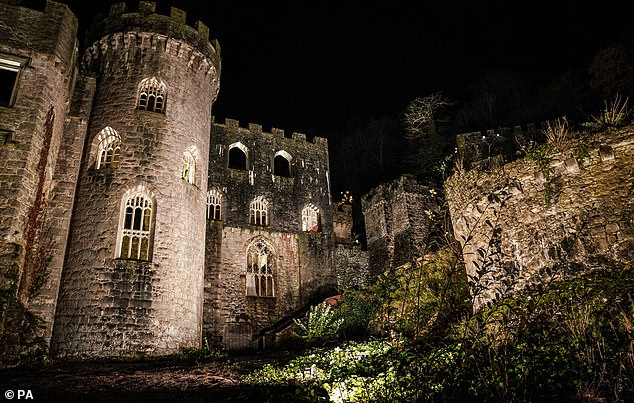 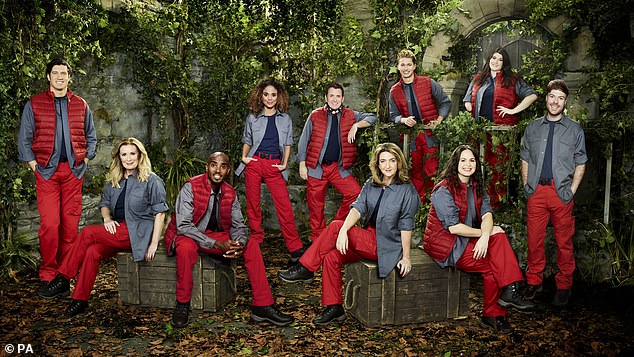 The charity volunteer was pronounced dead after being struck by a blue Volvo estate car on November 21 at around 5pm on the A547 Abergele Road.

Her family said: ‘Her curiosity led to her wanting to see the lights at Gwrych Castle which unfortunately led to her untimely tragic death along a very busy road.

‘We are truly heartbroken. She was hoping to take a photo and send it to a friend. We know that several others will have done and plan to do the same.’

The picturesque Grade I-listed Gwrych Castle was built in 1810 on the grounds of a medieval house and is spread across 250 acres of gardens and grounds. 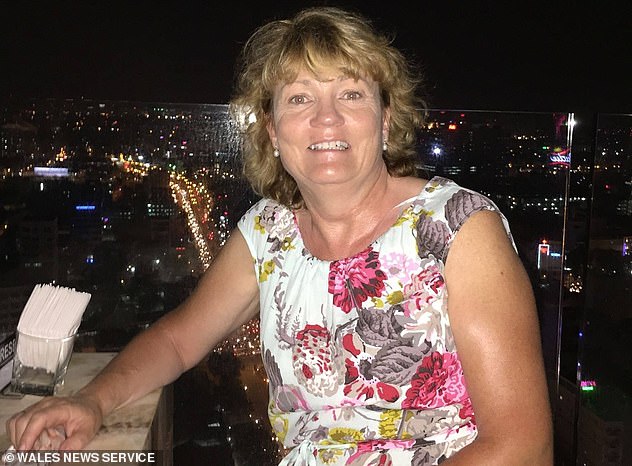 Sharn Iona Hughes, 58, was killed after being hit by a car as she tried to take a picture of the I’m a Celebrity castle on November 21 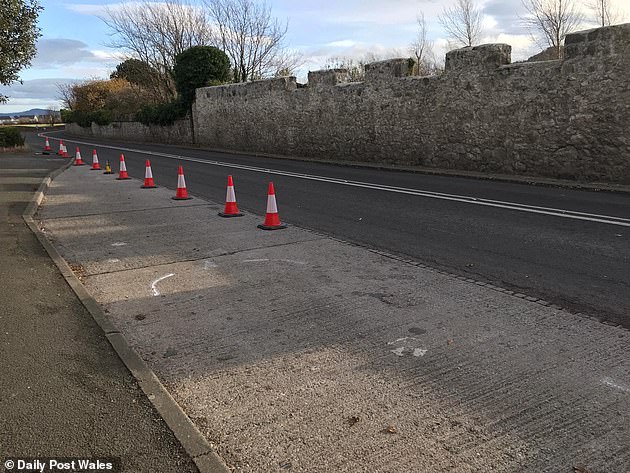 It is hosting the latest series of the show which was moved from its normal location of Dungay in Australia due to travel restrictions amid the Covid-19 pandemic.

More than 40 security guards are protecting the campmates at Gwrych Castle with local roads, a campsite and a farm park near the site all closed.

Wardens in high-vis jackets have been seen at the entrances sealed with wire fences as guards with a night-vision goggles patrol inside the forest around the camp.