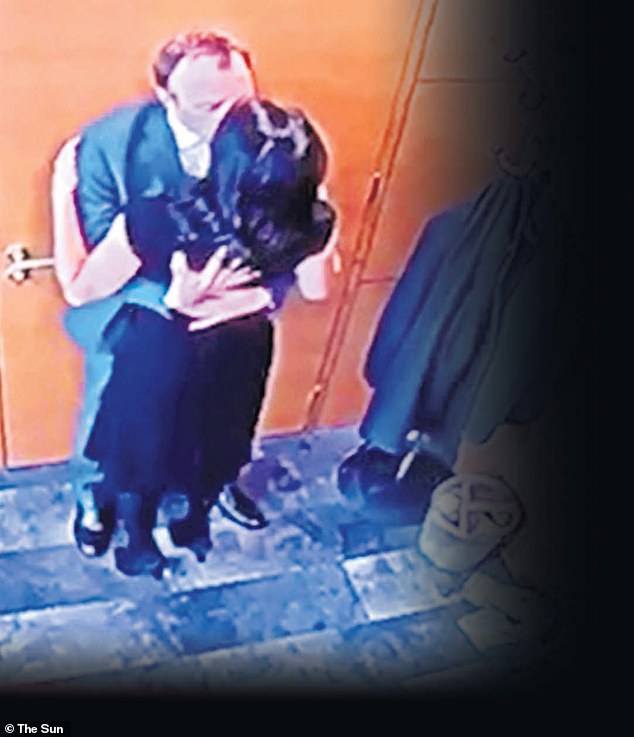 ‘Boris can’t sack someone for adultery because he’d have to sack himself’: Ex-mistress Petronella Wyatt says the PM didn’t get rid of Matt Hancock so he could ‘use him as a human shield’ in Covid inquiry

By Dan Sales For Mailonline

Boris Johnson‘s former mistress has refuted his claim he made Matt Hancock leave his job, declaring ‘Boris can’t sack someone for adultery because then he’d have to sack himself’.

Petronella Wyatt, 53, ridiculed the Prime Minister’s suggestion yesterday he had been responsible for the Health Secretary resigning on Saturday evening.

On Friday Johnson backed Hancock after his affair with aide Gina Coladangelo and said he ‘considered the matter closed’.

Then at 6pm on Saturday his beleaguered health minister posted a shame-faced video on Twitter announcing he had been to see the PM to resign.

There was further confusion on Monday when Johnson attempted to rewrite the history of the action he failed to take, insisting ‘When I saw the story on Friday we had a new secretary of state for health in on Saturday’.

Miss Wyatt – whose relationship with Johnson saw him sacked from his shadow cabinet role in 2004 – did not believe him.

She said: ‘Boris can’t sack someone for adultery because then he’d have to sack himself.

‘But I don’t think that’s the main reason, I think people are missing a trick here.

Mrs Coladangelo (pictured here with husband Oliver Tress – the founder of the Oliver Bonas clothing chain), who is a director and shareholder at lobbying firm Luther Pendragon

‘I think the main reason he didn’t want to sack Hancock was because he wanted to use him as a human shield during the Covid inquiry.

‘This is what I hear time and time again from senior Tories.’

She added in the interview to GB News: ‘He also didn’t want to sack Matt Hancock because he didn’t want a change in that role which is pivotal at the moment just before a by-election.

‘I think he felt the media were putting pressure on his which is something he loathes, which is ironic given that he was a journalist, that he loathes the media and journalists – it’s like a power play for him.’

Johnson was sacked in 2004 by then Tory leader Michael Howard following claims Johnson lied about the affair with Wyatt. 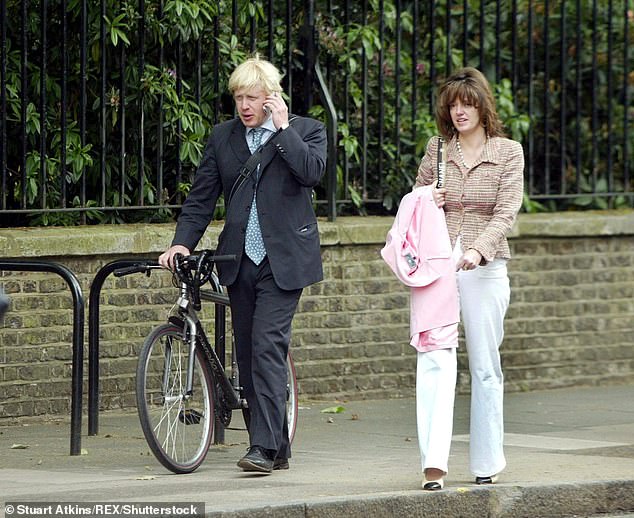 Johnson and another lover Jennifer Arcuri, who was a pole-dancing American businesswoman 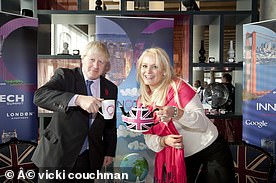 Boris Johnson is said to have had a four-year affair with Jennifer Arcuri – a pole-dancing American businesswoman.

The PM has had a chequered love life, which many predicted would stop him sacking Hancock.

When he was Mayor of London he made Jennifer Arcuri his lover, and the Prime Minister even sent his former mistress a text message saying ‘I miss you and I need you’ while courting current fiancee Carrie Symonds, it is alleged.

When he was at City Hall, Boris Johnson is said to have had a four-year affair with Ms Arcuri – a pole-dancing American businesswoman.

In a new biography about the Prime Minister called The Gambler, by Tom Bower, it is claimed Miss Arcuri ended their relationship as his second term as mayor came to an end in May 2016.

The biography claims his last text message to her was sent on December 29, 2018. He allegedly wrote: ‘I miss you and I need you.’ She deleted the text.

By then, Mr Johnson was divorcing his wife Marina Wheeler and had already been courting Miss Symonds since February of that year. No 10 declined to comment.

He was ‘relieved of his responsibilities’ after hearing new allegations about Johnson’s relationship.

Johnson had at first claimed: ‘I have not had an affair with Petronella. It is complete balderdash. It is an inverted pyramid of piffle. It is all completely untrue and ludicrous conjecture.’

On Friday the Prime Minister refused to sack Hancock having accepted an apology that neglected to mention the wife he cheated on after he was caught on CCTV passionately kissing his most senior aide against the door of his Whitehall office.

The PM’s official spokesman said Mr Johnson now ‘considered the matter closed’ and refused to answer questions on whether Mr Hancock broke the law or ministerial code as the Health Secretary admitted he had ‘let people down’ and said sorry for flouting social distancing rules.

Married Mr Hancock, 42, failed to deny claims of a secret long-term affair after extraordinary images revealed his passionate clinch with millionaire lobbyist Coladangelo, 43, where he was filmed rubbing her back and bottom during their workplace embrace.

In an extraordinary statement he did not mention his wife of 15 years Marthaand just said he had ‘let people down’ and wanted ‘privacy for my family on this personal matter’.

Labour and the Liberal Democrats branded him a ‘hypocrite’ who should be fired for kissing a lover and ignoring his own ‘hands, face and space’ mantra while telling the UK not to hug their loved-ones and not to have casual sex and stick to ‘established relationships’ to stop coronavirus spreading.

Backing him Boris Johnson’s spokesman told reporters: ‘You have seen the Health Secretary’s statement and so I would point you to that, I don’t really have anything further to add. He accepts that he has broken the social distancing guidelines. The Prime Minister has accepted the Health Secretary’s apology and considers the matter closed.’

He added ‘all the correct procedures were followed’ in hiring Gina Coladangelo, who is paid £15,000 for around 15 days work per year.