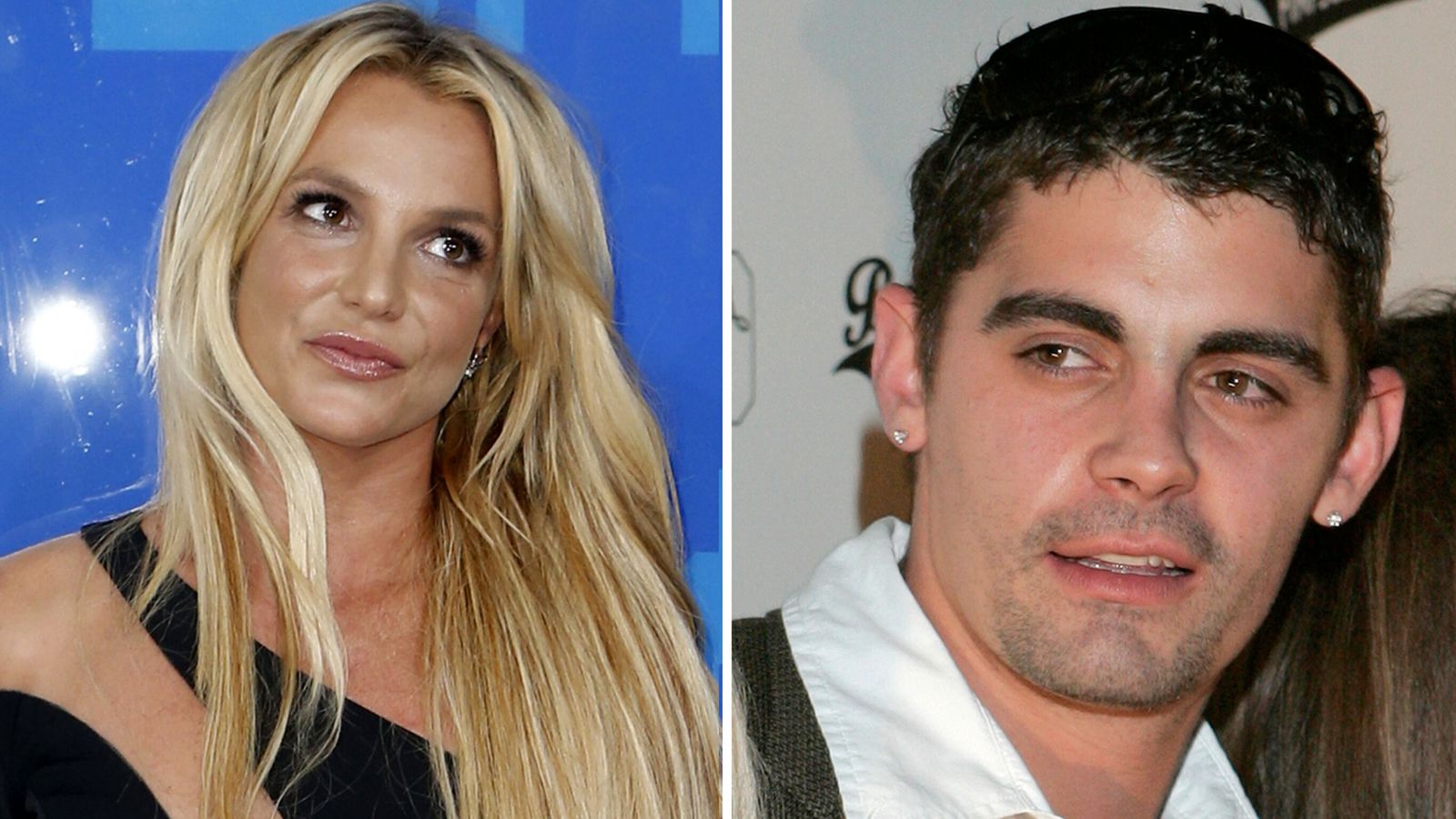 Britney Spears’ ex-husband has been charged with felony stalking after turning up unannounced at her Los Angeles home and attempting to crash her wedding to Sam Asghari.

Jason Alexander, 40, pleaded not guilty to the charge as well as to trespassing, battery and vandalism.

He attended the hearing virtually via video conference.

Police arrested him last week after he allegedly disrupted preparations for the wedding. He was taken to a local jail.

Alexander, a childhood friend of Spears, was married to the singer briefly in 2004 and was her first husband.

However, the union was annulled after three days.

Spears, 40, and her fitness trainer partner Asghari, 28, wed in an intimate ceremony in California last Thursday, with the singer arriving in a horse-drawn carriage covered in flowers.

But as the final touches were under way, Alexander posted an Instagram Live story from outside Spears’ property in which he said he was there to “crash” the wedding.

His video showed him walking through Spears’ home looking for her, before entering a marquee where flowers were being arranged.

He then claimed the singer had invited him, saying: “She’s my first wife, my only wife”.

“He was able to find his way onto the property and was confronted by security,” a police spokesman said.

A few days after the ceremony, Spears said she was “still in shock” and added “fairytales are real” in a series of Instagram posts celebrating her big day.

Her parents and sister Jamie-Lynn were reportedly not due to be present after the singer’s controversial conservatorship battle, which came to an end after almost 14 years in November.

Pictures shared by Spears on Instagram showed her smiling with fitness instructor husband Asghari, and partying with guests.

Spears and Asghari met on the set of the video for her 2016 song Slumber Party and got engaged in September 2021 as her conservatorship looked to be coming to an end.

The controversial legal arrangement that controlled her life and finances was terminated by the Los Angeles Superior Court.

Spears had previously been married to Kevin Federline, with whom she shares teenage sons Sean and Jayden.