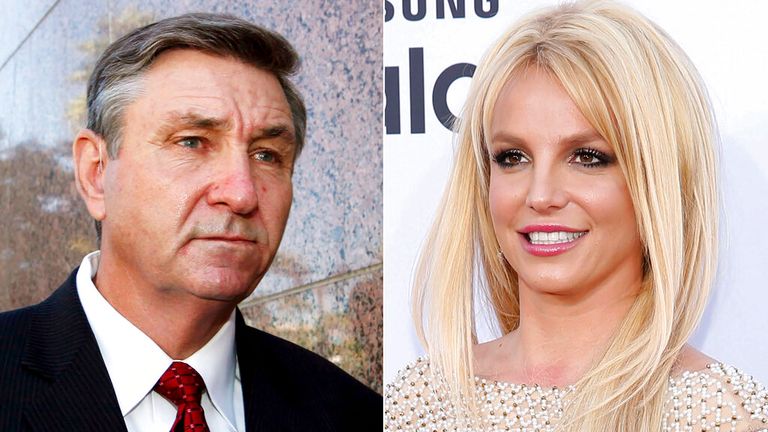 Britney Spears’ lawyers have accused her father of trying to “extort” her – and have renewed demands for him to step down as conservator.

Jamie Spears, 69, previously agreed to step down from handling his daughter’s finances, but has refused to set a date for when he might do so – adding there are “no actual grounds” for his suspension or removal.

In the latest fight for her freedom, the popstar’s lawyer Mathew S Rosengart has said that Jamie should step down as soon as possible, and alleged that he has been trying to extort money from Spears.

He claims that Jamie wants $2m (£1.45m) in payment for his legal team and former business manager Tri Star.

In a court filing, Mr Rosengart said: “Mr Spears and his counsel are now on notice: the status quo is no longer tolerable, and Britney Spears will not be extorted.

“Mr Spears’s blatant attempt to barter suspension and removal in exchange for approximately $2m in payments, on top of the millions already reaped from Ms Spears’s estate by Mr Spears and his associates, is a non-starter.”

Vivian Thoreen, Jamie’s lawyer, has been contacted for comment.

Britney has been attempting to take control of the narrative surrounding her conservatorship since June, delivering two explosive testimonies directly to court where she said she wanted her life back.

Mr Rosengart has argued that Jamie Spears’ removal is important, and requested to Judge Brenda Perry that he be removed at the next hearing on 29 September.

He added that it would be the “legally correct, decent and graceful thing to do” for Jamie to step down voluntarily.

He said: “The world heard Ms Spears’s courageous and compelling testimony. Britney Spears’s life matters. Her well-being matters. Every day matters. There is no basis to wait.”

As well as asking for an immediate end to Jamie’s involvement in the conservatorship, Mr Rosengart accused the 69-year-old of wanting to be praised for his role in the arrangement, with his lawyers arguing it was his management of Spears’ estate that saved her from financial ruin.

However, others have seen it as him exerting too much control over his daughter’s career.

Mr Rosengart said: “His idea of ‘orderly’ is to hang on until someone first brands him ‘father of the year’ and awards him a gold star for his ‘service’.

“In other words, although Mr Spears has, at last, been forced to recognise that it is best for his daughter if he departs now, he claims the right to drag his feet because it is best for him to cling to this conservatorship until he feels sufficiently vindicated.”

The filing added: “Mr Spears must resign or be suspended no later than September 29, 2021.”

Mr Rosengart was put in place as Spears’ lawyer at the singer’s request, replacing the court appointed Samuel D Ingham, who had been in post since the inception of the conservatorship.

He has taken a more aggressive approach to Spears’ case since starting, signalling his aim is to end the conservatorship.

Jodi Montgomery remains the conservator of Spears’ personal affairs – a role she has held since 2019.

Fresh Prince Of Bel-Air: Will Smith reveals who will play him in show’s reboot | Ents & Arts News