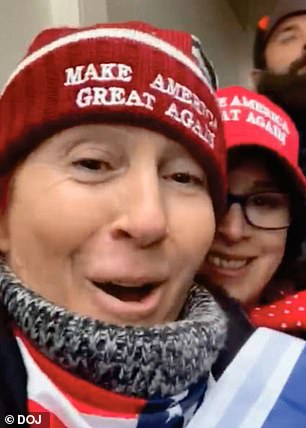 Two Pennsylvania women were arrested and charged Friday after they were allegedly heard in a video expressing their intent to ‘shoot’ House Speaker Nancy Pelosi during the Capitol riots.

Dawn Bancroft and Diana Santos-Smith are facing three counts of violent entry on Capitol grounds, remaining in a restricted area, and disorderly conduct in a restricted building, in the January 6 insurrection.

FBI officials identified the pair after receiving a tip on January 12 with a ‘selfie video’ allegedly taken by Bancroft that showed the two women trying to exit the Capitol, according to a criminal complaint filed Thursday.

Prosecutors say Bancroft, who was wearing a MAGA beanie, recorded herself alongside Santos-Smith saying: ‘We broke into the Capitol…we got inside, we did our part.’ 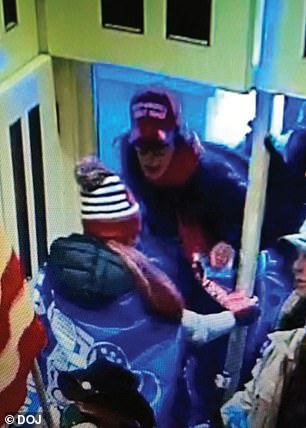 Dawn Bancrof (left in a MAGA beanie) recorded herself alongside Santos-Smith (in a MAGA cap) inside the Capitol saying they were ‘looking for Nancy to shoot her in the friggin’ brain’, according to a criminal complaint. CCTV footage obtained by officials also showed the pair storming the building on January 6 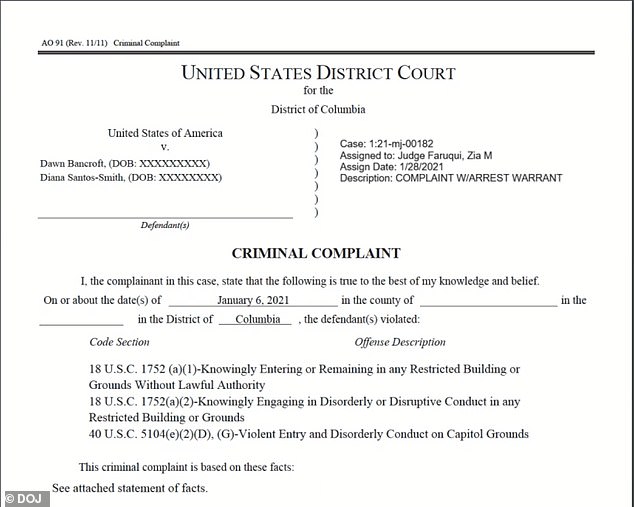 The two Pennsylvania women were arrested and charged on Friday with three counts of violent entry on Capitol grounds, remaining in a restricted area, and disorderly conduct in a restricted building

‘We were looking for Nancy to shoot her in the friggin’ brain but we didn’t find her,’ she added.

CCTV footage obtained by authorities also captured the two women entering the building as the mob was storming in.

But when interviewed by FBI agents on January 20, Santos-Smith allegedly claimed that she had only attended President Trump’s rally in Washington, but never physically entered the Capitol.

‘After interviewing agents showed Santos-Smith the video described above, [she] then stated that she lied and that she was inside the Capitol,’ the complaint states.

‘Specifically, Santos-Smith stated that she and Bancroft went to the Capitol to protest and that they did not have a pre-planned agenda of entering the Capitol.’

Santos-Smith later told investigators the two had been outside on the steps and decided to follow the mob when they heard others saying ‘they’re letting us in.’

While trying to get closer to the Capitol, she admitted that she climbed over a waist-high wall, but claimed neither of the two went far enough to enter any chambers or offices.

Both women claimed that they were inside the Capitol between ’30 seconds and a minute’ before deciding to exit. 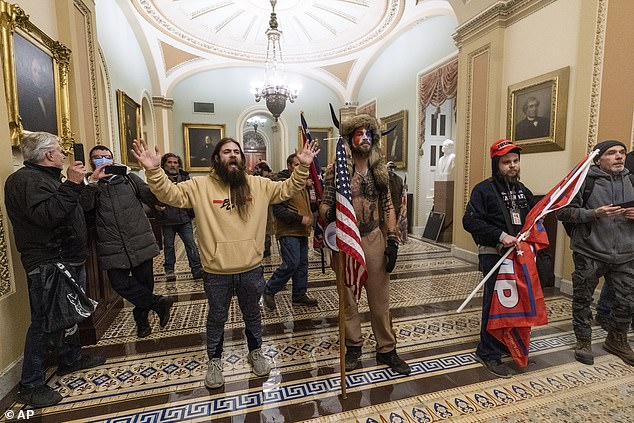 Five people died during the violent insurrection, including a Capitol police officer

‘Half-friends is not a concept’: UK should decide who its allies are, says Macron | Brexit

People are shocked OJ Simpson, 73, got his vaccine already after the ex-convict shared photo