Cheerleader, 19, who moved in with her boyfriend during Covid lockdown took her own life 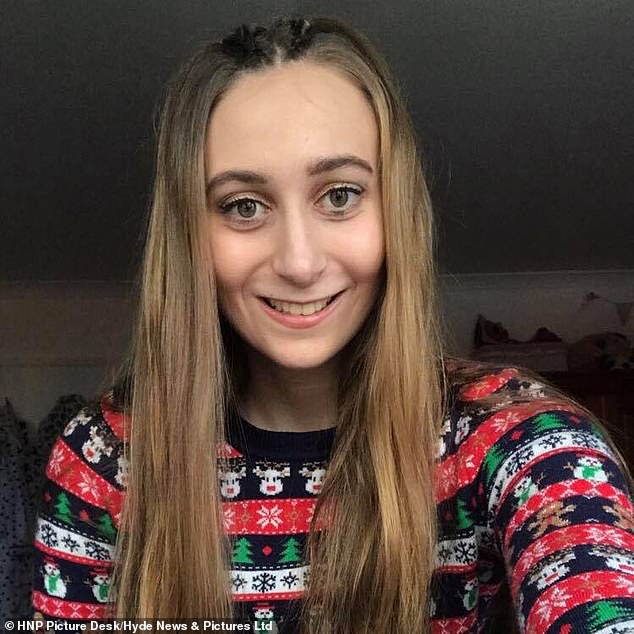 A university student who moved in with her boyfriend and his family during the first coronavirus lockdown took her own life after he broke up with her, an inquest has heard.

Sarah Hammond, 19, who had a history of mental health issues, had moved in with her boyfriend of eight months Harry Hadden-Wight in April 2020 after the pair decided they wanted to live together during the first lockdown.

The teenager, who was studying Sport and Exercise Science at Loughborough University, was welcomed into her boyfriend’s family home and his mother Caroline Hadden-Wight was in frequent contact with Sarah’s mother to organise the stay.

Mrs Hadden-Wight told the hearing at Woking Coroners’ Court today that things appeared to initially go well between Sarah and her son before problems began to surface in their relationship.

On June 22 last year, shortly after Sarah and her boyfriend broke up, the student took her own life by standing in front of a train at Brookwood Station, in Surrey.

Sarah Hammond, 19, took her own life at Brookwood Station, in Surrey, in June last year

Mrs Hadden-Wight said: ‘Sarah was a quiet and shy but very sweet and kind. Harry is a very thoughtful young man but he did not think she was emotionally stable, he worried about problems if they broke up.

Mrs Hadden-Wight told assistant coroner Anna Loxton that after Sarah moved in, she began to feel she was not welcomed by Harry’s friends and found messages on his mobile phone which she did not approve of.

But Mrs Hadden-Wright told the court these rifts had been settled by a long walk together.

Mrs Hadden-Wright continued: ‘On June 15 last year, I found out Sarah was going home and that Harry was unsure of the relationship. Sarah said she was going home to be with her father. I did notice that she took everything with her. Harry wanted to break up with her but Sarah did not want to accept it.’

Sarah’s devastated boyfriend, Mr Hadden-Wight told the court: ‘Things started to change when Sarah moved in, she would look through my phone and she did not like me seeing my friends.

‘It was a relatively mutual decision for her to move back home. As time went on I realised I did not want to be in that relationship. Sarah was in denial and did not realise what was happening.’

The court heard that Mr Hadden-Wight had gone for a walk with Sarah near her home in Woking, Surrey, on June 21 to let her know they had broken up.

Mr Hadden-Wight explained: ‘I went there again to let her know we had broken up. She was clinging to a park bench and would not leave. To get there to move I had to give her some hope. It was really hard and I struggled to get away.’ 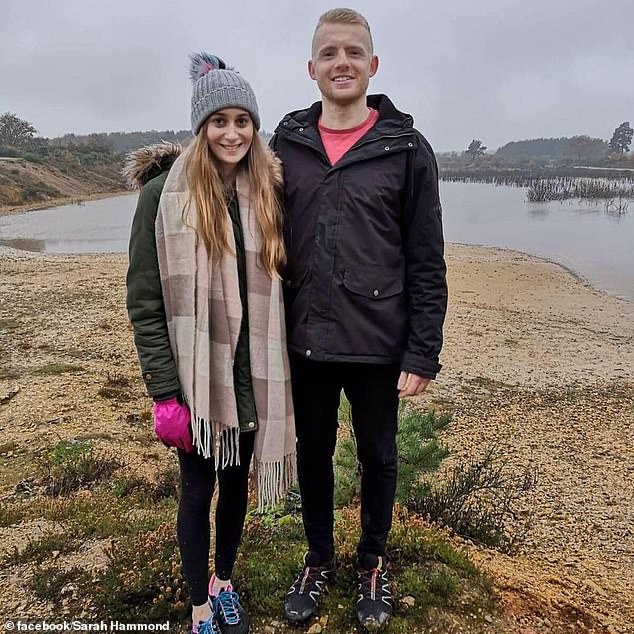 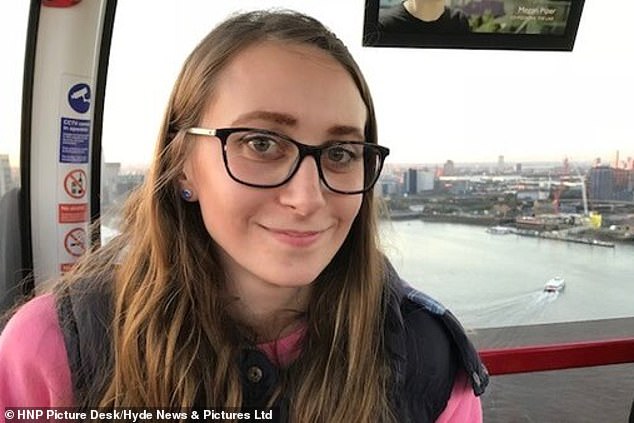 Sarah was taken to the Farnham Road Hospital, Guildford, Surrey, where she was sectioned and held overnight. However, the following day, Sarah was discharged and sent home in a taxi

The inquest heard that after they returned home Sarah’s mother, Sally, who was aware of her daughter’s history of mental health issues, including anorexia and self-harm, tried to lock her daughter in their house so she could keep her safe and watch over her.

However, the teenager, who was a member of the Loughborough University Cheerleading team, stole the keys to the car she shared with her brother and jumped out of an unsecured window.

Mrs Hammond then called the police to try to track down her daughter.

The student was tracked down to Mr Hadden-Wight’s grandmother’s house, in Sunningdale, Berkshire, where the family had been having a socially-distanced meal.

Mr Hadden-Wight explained: ‘She did not want to believe what was happening. She made a threat that if I left she would take her own life. The police then came and she ran into the undergrowth.’

The coroner heard that Sarah was eventually tracked down to an open patch in the wooded part of the large property and persuaded to enter an ambulance.

Despite a number of attempts to escape the ambulance, including when she managed to escape all her restraints without anybody noticing, Sarah was transported to the Farnham Road Hospital, Guildford, Surrey, where  she was sectioned and held overnight.

However, the following day, Sarah was discharged and sent home in a taxi, without her parent’s knowledge.

Mr Hadden-Wight explained: ‘Later that day I had about 23 missed calls from Sarah and quite a few texts. She was lovely but it had gone wrong. I put my phone on silent so I did not see the messages or that she was no longer in the hospital.’

The court heard some of the harrowing texts Sarah sent to her ex-boyfriend. In her final text, she said: ‘I am sorry. I hope this does not hurt you in any way. I am sure it won’t because you broke up with me.’

Mr Hadden-Wight explained that as soon as he saw this text message he knew what she had done as earlier in their relationship, she had mentioned that if she had to kill herself she would jump in front of a train.

Tragically, before she could be stopped, Sarah took her own life at Brookwood Station, Surrey shortly after 4pm on June 22 last year.

Mrs Hadden-Wight added: ‘In hindsight, I wonder whether coming to live with us was the right decision. She was a broken child, she had a lot of demons and could not deal with the break up of her relationship. She was not given the chance to get out of this position she was put in.’

Throughout the harrowing evidence, Sarah’s parents sat at the front of the court, supported by another family member, and listened carefully to the detailed process.

The coroner reminded the courtroom that the scope of the inquest, which will last for two days, is to examine the decision to discharge Sarah from Farnham Road Hospital and to see if there were any opportunities missed in her care.

For confidential support, call the Samaritans on 116123 or visit a local Samaritans branch. See www.samaritans.org for details

Boy, 12, died from head injuries when he lost control of bike father had bought him