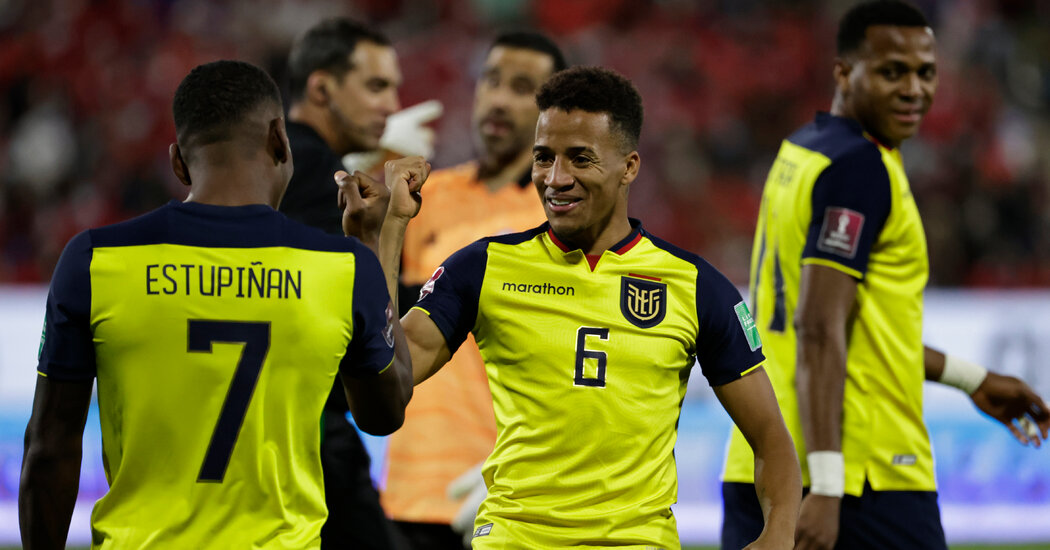 Concern over Castillo’s eligibility appeared to have concerned Ecuadorean officials as well. In March 2021, Carlos Manzur, the vice president of Ecuador’s soccer federation, suggested as much in comments reported by the local news media.

“I think it’s a matter of playing it safe, avoiding problems,” Manzur told reporters at the time. “I think he is a good player. If it were up to me, I would not have him play for the national team. I would not take that risk. I would not risk everything we are doing.”

About a month later, an Ecuadorean court provided Castillo with an identification document that appeared to pave the way for him to make his national team debut, which he did about five months later in a set of games that included a 0-0 home draw with Chile. He has since played in eight games overall, including a 2-0 victory at Chile in November that all but ended the latter’s hopes of qualification.

After questions over Castillo’s eligibility were reported in regional media outlets, Manzur, the Ecuador soccer official, declared that any inconsistencies in Castillo’s documentation had been corrected and that his Ecuadorean identity had been confirmed. “The national team waited until that was corrected to incorporate the player into its squad,” said Manzur.

That will now have to be determined by FIFA.

“We understand, based on all the information and documents collected, that the facts are too serious and must be thoroughly investigated by FIFA,” Pablo Milad, the president of Chile’s soccer federation, said in a statement to The Times. “We have always respected the fair play principals and we hope that the other federations do the same.”

Ecuador finished in the fourth and last automatic place in South America’s 10-nation World Cup qualification group, two points head of Peru, which will meet either Australia or the United Arab Emirates in June for a place in the finals. Chile finished below Colombia sixth-placed Colombia in the standings, but Castillo did not play in either of Ecuador’s games against Colombia or Peru. That has left Chilean officials believing the six points they should get from the forfeited games — and the six Ecuador would lose — would leapfrog them into Ecuador’s qualification spot.

For FIFA, Chile’s complaint adds further complication to a World Cup qualification campaign that already has suffered significant disruption. The coronavirus delayed games around the world for months, and meant that Oceania’s entire series of games had to be held in Doha. Other games were pushed back until after the tournament draw. (One of those as-yet-unknown countries was placed in a group with the United States.) Then, in March, Russia was thrown out of the European playoffs after invading neighboring Ukraine, which also led to a playoff game between Ukraine and Scotland being rescheduled.

They Thought the Skulls Were Murder Victims. They Were Off by Centuries.