Colombian General and 10 Others Admit to Crimes Against Humanity 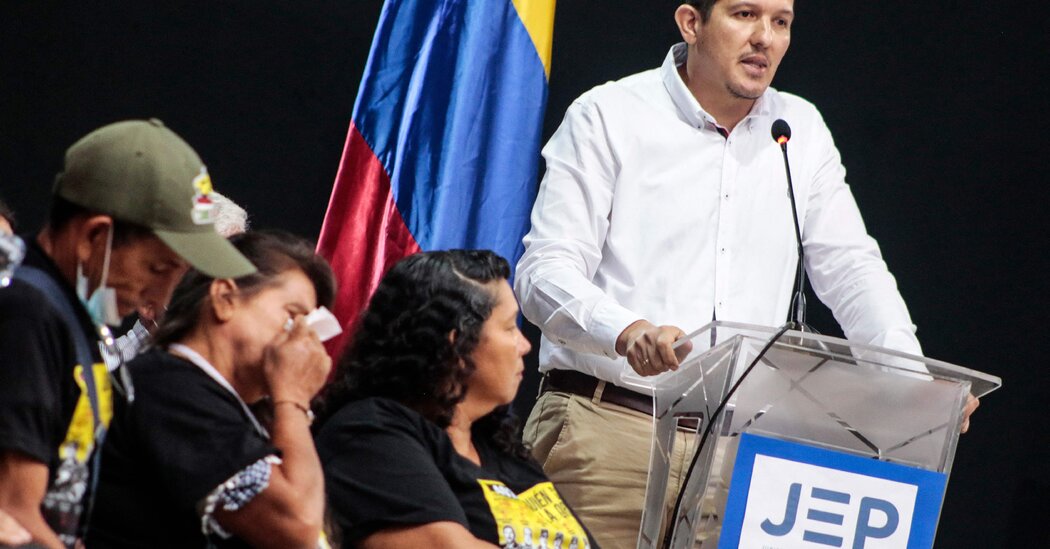 “Today, I want the world to know that they were peasants,” Néstor Guillermo Gutiérrez, a former corporal in the Colombian military, said of his victims, “that as a member of the military, I cowardly assassinated them, I stole their children’s dreams, I ripped out their mother’s hearts, because of pressure, to produce results, to produce false results, to make a government happy. It’s not right.”

The court’s magistrates believe that their victims are just a small fraction of those killed between 2002 and 2008, during the presidency of Álvaro Uribe, as part of the false positives strategy. In all, the court said in a recent investigative report that the military is responsible for killing 6,402 civilians and claiming they were rebels.

Human rights groups and the United Nations human rights office had raised alarm about suspicious deaths at least as far back as 2005.

The hearing did not answer who was ultimately responsible for the strategy. General Coronado is the highest-ranking official to admit responsibility in the false positives case, but his confession focused on his failure to oversee others.

“I did not comply with the first lesson they gave me when I entered military school: The commander is responsible for what his subordinates do and do not do,” he said in court. “I accept my responsibility for having served as a hierarchical superior.”

The hearings also highlighted a level of institutional coordination designed to cover up the truth.