‘Come From Away’ to Close, the Latest Broadway Show to End Run 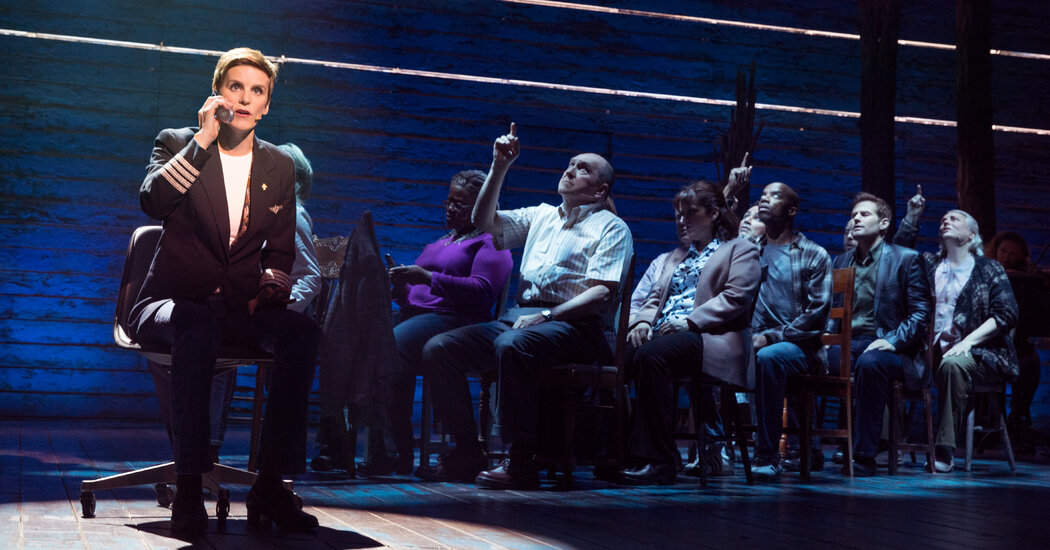 “Come From Away,” the inspirational musical about a remote Canadian community that rallied to support thousands of stranded air travelers after the Sept. 11 terrorist attacks, will end its run on Broadway in October.

The musical, which has been a hit on Broadway and has been successfully staged around the world, is the third show to announce a plan to close in the last two days, as it becomes clear that with New York City still attracting fewer tourists than it did before the pandemic, there are not enough patrons to support all the productions now running.

On Tuesday “Dear Evan Hansen” and “Tina,” two musicals that had been selling strongly before the pandemic, both announced that they would close late this summer.

“Come From Away” will close on Oct. 2. It began performances Feb. 18, 2017, and opened March 12, 2017; at the time of its closing it will have had 25 preview performances and 1,670 regular performances at the Gerald Schoenfeld Theater.

The musical continues to tour in North America and Australia and to run in London. A filmed version of the stage production is streaming on Apple TV+.

The show was an unlikely hit — before it arrived in New York, the conventional wisdom was that locals would never embrace a musical about Sept. 11 because the subject was too potentially upsetting. The producers, seeking to build word-of-mouth first, took a roundabout path to Broadway, staging it in San Diego, Seattle, Washington, D.C., and Toronto before coming to New York.

But the show, arriving early in the Trump administration, quickly became a success, seen as a parable about welcoming strangers and building community.

The musical, which won a Tony Award for Christopher Ashley’s direction, is based on true events that took place in Gander, Newfoundland, where 38 commercial planes were diverted. The musical’s writers, a married couple named Irene Sankoff and David Hein, went to Gander a decade after Sept. 11 to interview locals, and created the musical based on those interviews; the show was first staged at Sheridan College in Ontario, where a school dean, Michael Rubinoff, had been trying to persuade someone that the subject would make a good musical.

The show’s original star, Jenn Colella, who portrayed an airline pilot, will rejoin the cast from June 21 to Aug. 7.

“Come From Away” is produced by Junkyard Dog Productions, which is led by Randy Adams, Marleen and Kenny Alhadeff, and Sue Frost, who spotted an early workshop of the show at a festival held by the National Alliance for Musical Theater.

The show’s grosses have dropped significantly since the pandemic shutdown of theaters. Last week it grossed $461,760; during a comparable early June week in 2019 it grossed $897,186.