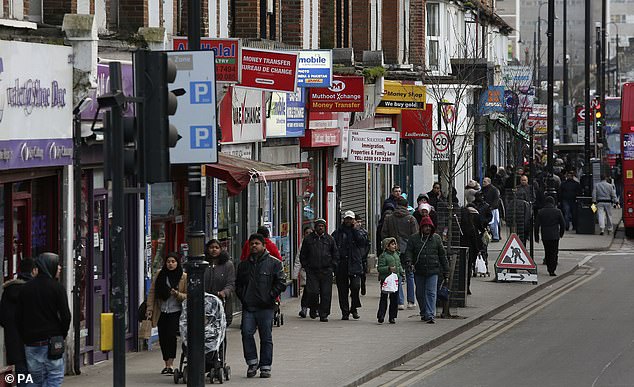 By Francesca Washtell For The Daily Mail

Fears are growing that thousands of Covid loans were fraudulently claimed and will never be returned to the taxpayer.

Experts issued the warning after the number of companies being shut down rocketed.

Figures show that in the first three months of this year almost 40,000 firms were ‘struck off’, a rise of 743 per cent on the same period of last year.

Businesses are ‘struck off’ from the Government’s register – known as Companies House – when they have not traded or sold any stock for three months.

Many legitimate firms have been forced to close during the pandemic, particularly smaller ones.

But there are now worries that thousands of others deliberately stopped trading so they could be struck off and avoid repaying their loans.

This could add millions of pounds of bad loans to banks’ books.

Experts issued the warning after the number of companies being shut down rocketed. Pictured: A London high street (stock)

As well as furlough support, companies were able to claim money from the Coronavirus Business Interruption Loan Scheme (CBILS) and the Bounce Back Loan Scheme (BBLS), which was aimed at small companies.

The pressures the Government faced to rapidly hand out Covid loans meant that banks did not carry out some standard checks before they granted the loans.

Around £22billion is estimated to have been handed out through the BBLS, which was thought to be the most vulnerable scheme.

It provided up to £50,000 to small firms, with most cash going to companies with fewer than ten employees. The Government has underwritten 80 per cent of all CBILS loans and 100 per cent of BBLS lending – though banks will probably need to exhaust all their options before asking the taxpayer.

Some lenders have already started paying to have companies reinstated on Companies House in an attempt to recover the debt. 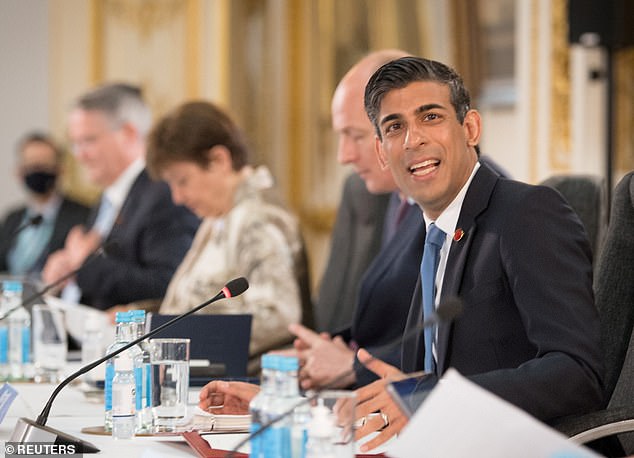 In the March Budget, Chancellor Rishi Sunak announced that £100million would be used to fund a taskforce of 1,000 investigators in HM Revenue & Customs

The figures on the number of businesses being struck off were produced by accountancy firm Mazars.

Michael Pallott, its director of restructuring services, said: ‘Even though some level of fraud was anticipated with CBILS and BBLS, these strike-off numbers suggest that the worst-case scenario might be in play for some lenders.

‘Many of these loans will have gone to legitimate businesses who have not survived the last year. When it comes to those who were less honest, however, the task of pursuing bad debtors who never intended to pay these loans back will be costly and time-consuming without the right tools.’

The Government has proposed enhancing the Insolvency Service’s powers so that it can investigate and disqualify the directors of dissolved companies. This is expected to become law by the end of the summer.

As well as fears about Covid loans, ministers have been concerned that other support schemes could be vulnerable to crime.

In the March Budget, Chancellor Rishi Sunak announced that £100million would be used to fund a taskforce of 1,000 investigators in HM Revenue & Customs to crack down on the misuse of the furlough and self-employment income support schemes.