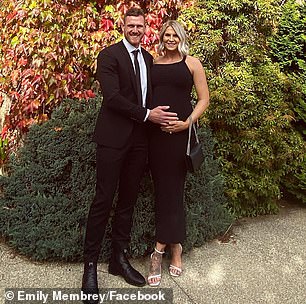 Melbourne clubs are all based interstate after teams flew out at short notice to beat the latest current lockdown paralysing Victoria.

But the patience of players is running thin with uncertainty gripping future fixtures and the possibility of further lockdowns before the end of the season.

Some players have already broken ranks with St Kilda’s Tim Membrey and Seb Ross this week flying back from Queensland to return to their wives in Melbourne. 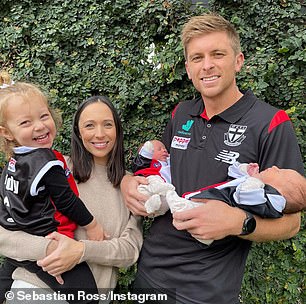 Dads-to-be AFL stars are snubbing interstate hubs to be with their families and pregnant partners as Covid lockdown restrictions play havoc with family life. Some players have already broken ranks with St Kilda’s Tim Membrey (left)  and Seb Ross (right) this week leaving their club – currently in Queensland – to return to their wives in Melbourne.

Membrey’s wife Emily is due to give birth imminently, while Ross’s wife Marnie just had twins last month.

Richmond’s dad of two Jack Riewoldt said he’d walk away from the game if he was ordered back into an extended lockdown and couldn’t see his young daughters.

He revealed he was given just six hours to pack up and fly out for the latest lockdown exodus out of Victoria – with no guarantees on when players would be allowed home.

‘The fear obviously strikes. You’ve been in the position before where you get told you’re going away for 30 days, and you end up being away for 120.

‘My main priority is my family – it’s hard to leave a two-and-a-half-year-old and a five-month-old at home, being looked after just by their mother.’

Although Victorian Covid restrictions are set to be relaxed at the end of this week, the AFL fixture list remains in limbo with doubts over the rest of the season if another outbreak hits the state. 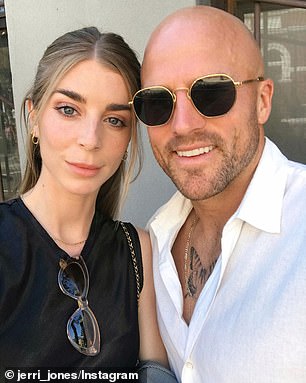 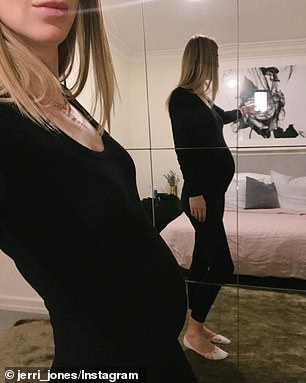 The heartbroken mum of two wrote on Instagram at the time: ‘Pregnancy loss can be very lonely.’

The Demons are currently leading the AFL ladder and the grand final is likely to be close to Jerri’s due date.

But the couple will be hoping to avoid a repeat of last year when Covid lockdowns meant the decider was played in Queensland at the Gabba in Brisbane instead of the MCG in Melbourne. 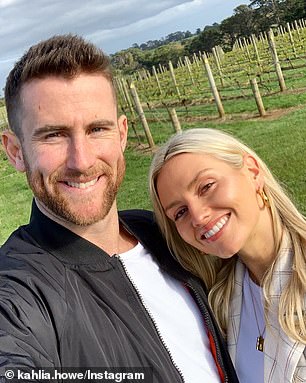 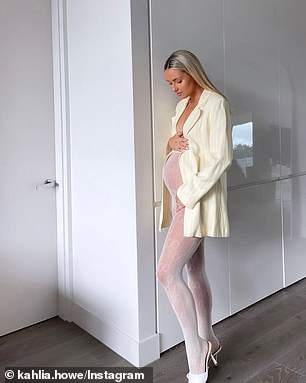 Jeremy Howe’s return from injury for Collingwood could also coincide with his wife Kahlia giving birth to their first child.

Howe is currently recovering from hamstring surgery but is likely to be returning to fitness around the time of the expected August birth – but another move interstate could challenge his loyalties.

‘It’s hard because the fixture hasn’t been released but I just feel bad because Jeremy missed out pretty much all of last year (with a knee injury) and he’s determined to get back now and to get a few games in at the end of the season,’ Kahlia told the Herald Sun.

Howe’s team-mate Chris Mayne and his wife Britt are expecting a second child, as are Carlton’s Marc Murphy and his wife Jessie.

Melbourne’s Max Gawn and wife Jessica are expecting their first child in October, while the Kangaroos’ Robbie Tarrant and wife Jess revealed in April that they have a baby girl on the way. 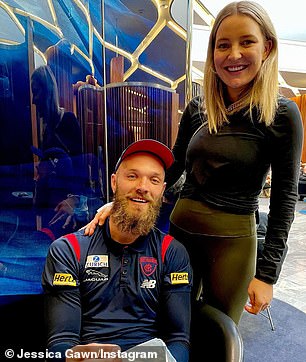 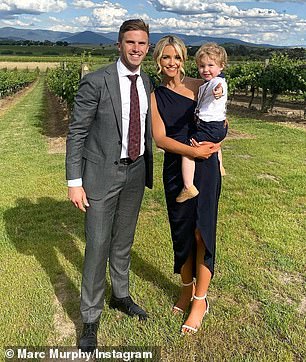 Robbie’s skipper Jack Ziebell and his fiancee Shannie Byrne celebrated the birth of their daughter Pippa last week, while Demons star Jake Melksham and wife Shelley welcomed their third child Alfie on May 6.

Gold Coast Suns chairman Tony Cochrane this week said it was ‘almost probable’ the 2021 AFL grand final would be played outside Victoria for the second year running.

He blamed the ‘hopeless’ Victorian state government for their handling of the Covid crisis and causing the uncertainly over future AFL fixtures.

But Victorian sports minister Martin Pakula insisted he had ‘absolute confidence’ the season’s climax would play out at the MCG this year. 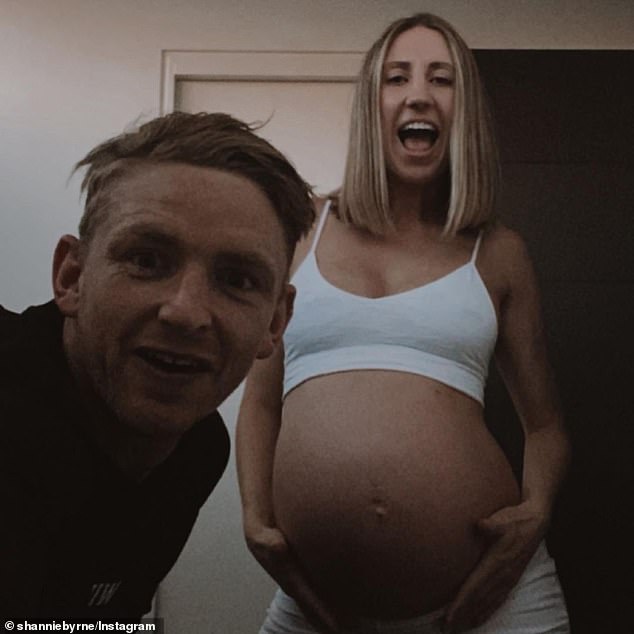 He added: ‘It is very easy to forget that it is only just over one month ago that we had almost 80,000 at the MCG for the Anzac Day clash.

‘One of the reasons we are doing what we’re doing now, running this into ground and snuffing it out, is that there are a lot of incredibly important stuff happening in the second half of the year.

‘We have AFL grand final, Melbourne Cup, Boxing Day Test – we want all of those things to happen in Melbourne.’