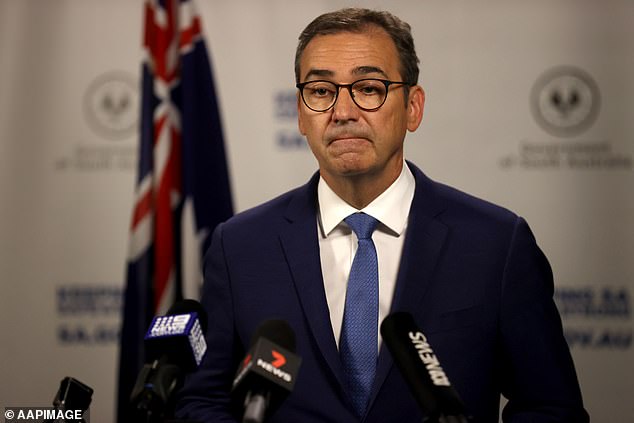 South Australia has reported another Covid-19 case linked to a miner who recently returned from the Northern Territory.

Premier Steven Marshall said on Friday a fourth child in the man’s family has now tested positive for the virus.

All six family members, who all have the infection, have been transferred to Adelaide‘s dedicated facility for positive cases and are not considered a risk to the wider community.

But Mr Marshall says South Australia will not reduce its current COVID-19 restrictions given the level of community transmission around the country, including the extra 31 cases in NSW announced on Friday.

Those measures include a reduced density requirement for most venues, mandatory mask-wearing in high-risk settings and a limit of 10 people at family gatherings.

The premier says those measures are likely to stay in place until at least early next week.

SA also has hard border closures in place with Western Australia, NSW, Queensland and the ACT.

Chief Public Health Officer Nicola Spurrier said she was ‘feeling very comfortable this morning’ about the situation in SA.

Close and casual contacts of the miner, who flew back into Adelaide last week, have been tested and all returned negative tests, including a group of his fellow workers.