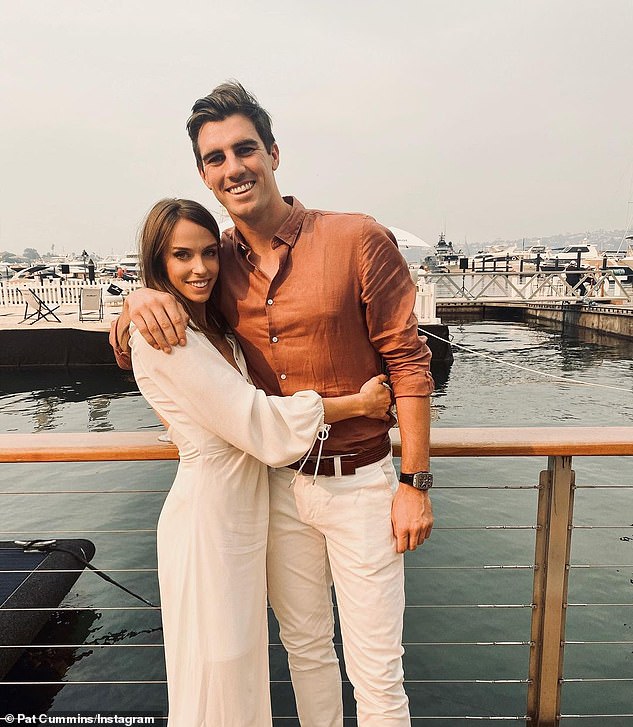 A mass exodus of Australian cricketers and staff will flee coronavirus-ravaged India to either the Maldives or Sri Lanka following the suspension of the Indian Premier League.

The lucrative IPL tournament featuring the some of world’s biggest stars was suspended indefinitely on Tuesday after multiple players tested positive to coronavirus in recent days.

A 38-strong Australian cricket contingent remains stranded in India including players, coaches, four commentators, two umpires and five support staff, as well as a commentator from New Zealand who lives in Australia.

Some of the biggest names in Australian cricket, including David Warner, Pat Cummins, Steve Smith, Marcus Stoinis and Ricky Ponting are among 9,000 Australians unable to return home until at least May 15 due to a travel ban enforced by the federal government.

Cricket Australia’s interim chief executive Nick Hockley said officials are currently working out arrangements and expects the Australian contingent to depart India in two or three days for either the Maldives or Sri Lanka.

They spend at least 10 days in Maldives or Sri Lanka until May 15 and will then have to quarantine for another 14 days once they return to Australia.

They will then return home on a charter flight organised by Indian cricket’s governing body.

‘The absolute priority is to get them home safe and well,’ Hockley told reporters in Sydney on Wednesday.

‘We’re not seeking any kind of special exemptions whatsoever.

‘We will – any kind of quarantine arrangements would be over and above the cap. So our main priority is we would work with the Australian government and the relevant state governments to make sure that we’re not taking spaces of anyone else that’s available.’ 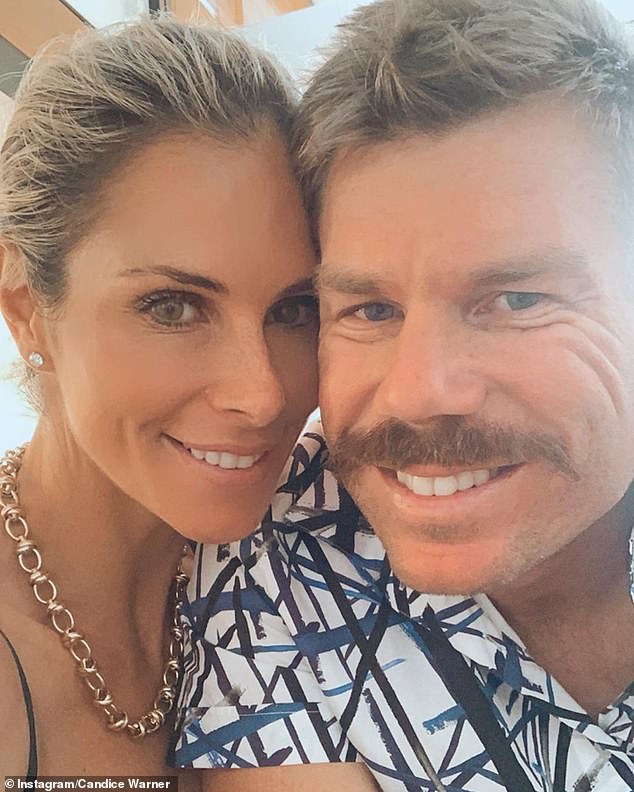 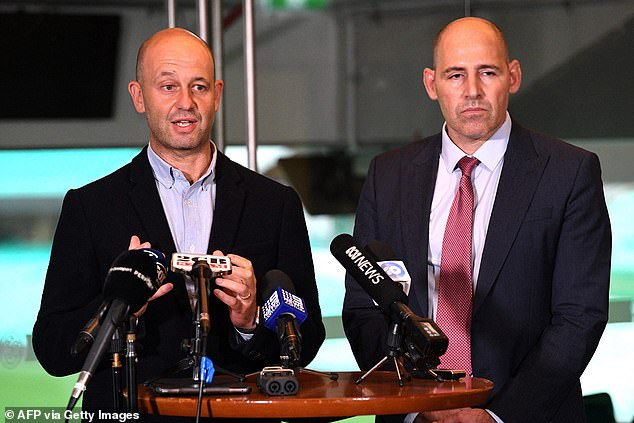 HOW THE MALDIVES LOOPHOLE WORKS

Any visitor can travel to the Maldives, as long as they have proof of a negative Covid test in the 96 hours prior.

From April 27, those coming from India cannot stay at tourist facilities in heavily populated areas – but can stay in private residences.

They are also allowed to stay in resorts and hotels in secluded areas of the islands.

Before returning to Australia, travellers must show they have not been in India in the past 14 days.

Then on arrival, they must still enter hotel quarantine for a fortnight in Australia, as with any overseas arrivals.

Australian Cricketers’ Association chief executive Todd Greenberg added: ‘They are still a long way from home … we don’t have a definitive timeline on when they will go (from India).’

Former Australian batsman Michael Hussey must remain in isolation in his hotel room in India for another 10 days after he tested positive on Tuesday.

‘He’s in good spirits … his symptoms are quite mild,’ Greenberg told reporters.

‘He has relatively mid symptoms.’

Those heading to the Maldives will join former Australian opener Michael Slater, who was working as a commentator in India but managed to escape to the tropical island paradise earlier this week as the coronavirus crisis in India worsens.

A three-and-half hour flight away, there were about 450 new cases in the Maldives this each day this week, which is dwarfed by the 400,000 infections seen daily in India.

Upon arriving in the Maldives, travellers need only present a negative Covid-19 test from the last 96 hours.

Then they must wait the government-mandated two weeks before flying back to Australia, where they then enter another fortnight of mandatory hotel quarantine.

Cases have soared past 20 million in India since the pandemic began and deaths have surpassed 220,000, with the nation’s health system on the brink of collapse.

But any Australian attempting that journey now risks jail time and fines amid the travel ban, though the prime minister said the possibility of such sanctions were remote.

Greenberg said players are keen to return home at the earliest opportunity and briefly weighed in on the federal government’s border closure.

‘They always knew when they’d have to do isolation when they came back into the country. They didn’t expect the borders to be closed, and that created some anxiety for them,’ Greenberg said.

‘Some of them are husbands and fathers, and they’re under enormous amounts of stress over there.

Around 9,000 Australians remain stranded in India, where the coronavirus crisis is worsening with around 400,000 new cases a day and hospitals at breaking point

Cummins is currently in isolation with the rest of the Kolkata Knight Riders team after two of their teammates tested positive to Covid-19.

Warner and his Sunrisers Hyderabad teammates, including fellow Australian Mitchell Marsh have also been plunged into a four-day lockdown after one of their players, Wriddhiman Saha, returned a positive COVID-19 test on Tuesday.

Speaking for the first time from his quarantine hotel room, Cummins said he had been surprised by Prime Minister Scott Morrison’s comments that those who returned from India faced jail time, but admitted players ‘knew what they were signing up for’.

‘Once we flew out of Australia we knew we were signing up for 14 days quarantine coming home, so you always feel that little bit further away from getting home,’ he told The Back Page on Tuesday night.

‘As soon as the hard border shut, obviously no-one has experienced that before. It added a bit of anxiety for a few of the Aussies over here.

‘But we signed up to play the tournament until the start of June. Hopefully it all reopens on May 15 and we’ll be able to get back.’ 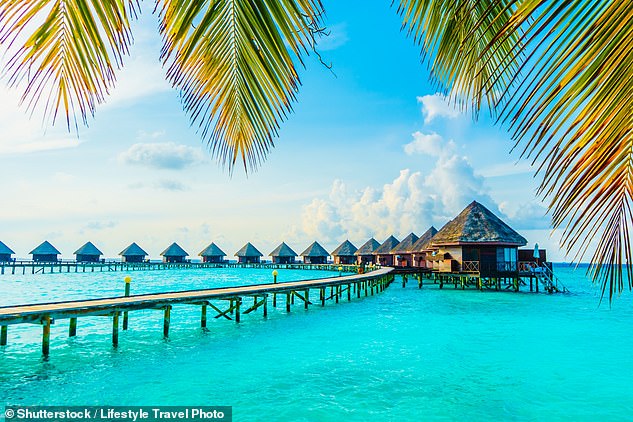 Murder suspect, 25, is charged after being extradited from US over London drill rap killing

Drugs gang dressed as key workers to dodge police during…