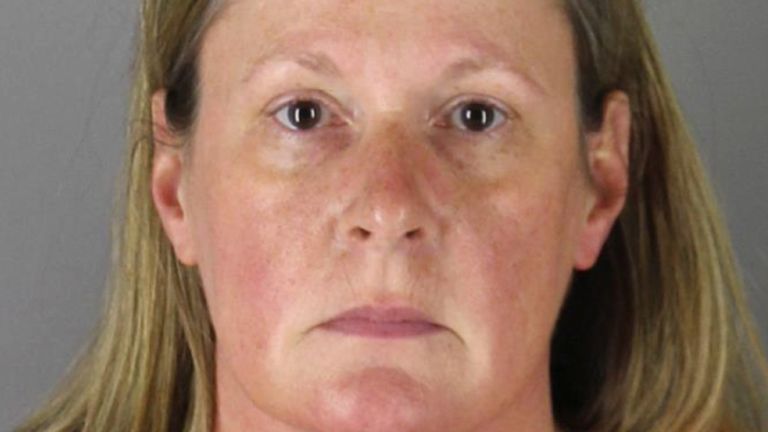 The former Minnesota police officer accused of fatally shooting Daunte Wright during a traffic stop will testify at her trial, her lawyer has said, as jury selection for the case was set to resume on Wednesday.

Former police officer Kim Potter, 49, has pleaded not guilty to first and second-degree manslaughter charges over the death of Mr Wright, a 20-year-old black motorist, who died on 11 April this year.

Potter, who resigned two days after the shooting and has said she meant to use her Taser and instead grabbed her handgun by mistake, will take the witness stand, her lawyer Paul Engh said.

She sat quietly in court on Tuesday as lawyers and Judge Regina Chu probed potential jurors for what they knew about the case.

They were also asked about their views of protests against police brutality, which has come under scrutiny since the death of George Floyd in May 2020.

Potter’s lawyers on Tuesday made clear that jurors would hear directly from the former officer herself.

“Officer Potter will testify and tell you what she remembers happened. So you will know not just from the video, but from the officers at the scene and Officer Potter herself – what was occurring,” Mr Engh said.

“I think (you) should be quite interested in hearing what she had to say.”

Six days have been set aside for jury selection, with opening statements set for 8 December.

In Minnesota, the maximum sentences for first and second-degree manslaughter are 15 years and 10 years, respectively.