Deep in Colombia, a New Generation of Armed Groups Battles for Control 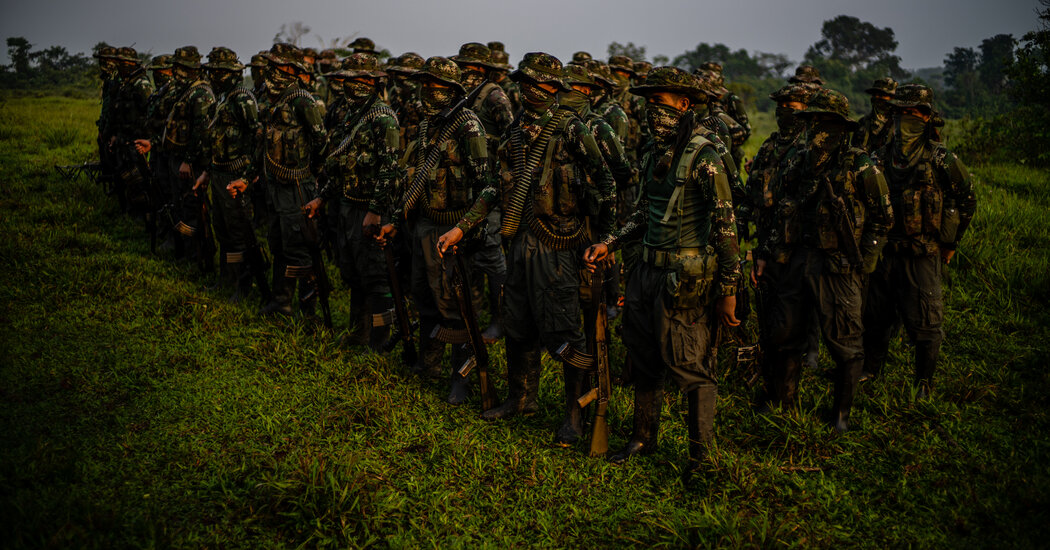 The numbers, however, tell a different story, his opponents say. By the time Mr. Duque, who is restricted to a single term, took charge, 22 percent of the deal had already been fully carried out, according to the Kroc Institute for International Peace Studies. During his tenure, he increased that proportion by 8 percentage points, according to the most recent data.

Mr. Duque has said that a third of the deal’s provisions are now fully implemented, putting the country on track to complete the accord within its 15-year mandate. But he will leave office this August following plummeting approval ratings that many say reflect both security concerns and a growing frustration with the ongoing lack of decent-paying jobs.

“This government has wasted the opportunity of the accord,” said Marco Romero, the director of Codhes, a human rights group, calling the current level of violence “scandalous.”

Dozens of Comandos pitched their camp near the banks of the Putumayo, laying their beds between the trees and building a kitchen by a wooden farmhouse.

Here, the fighters strung up satellite internet amid the farmers’ cows and chickens, and brought in ice cream and tamales from a nearby town. They bought thick tiles of coca paste from nearby farmers — for sale to other narco-traffickers — and tested grenade launchers meant for their enemies, the Carolina Ramírez.

“Smells like war!” someone shouted as a grenade went flying into a nearby field.

While this new generation of armed groups has been largely fractured, security experts say they are beginning to see a clearer coalescence into two factions, both led by former FARC leaders who say they want to rebuild the insurgency.

The concern, said Kyle Johnson, an analyst with Conflict Responses, a nonprofit in Colombia, is that these alliances could move the violence from a patchwork of battles between small groups to a face-off between two large ones, setting up a nationwide conflict.

Sherri Papini: US woman admits faking her own kidnapping in 2016 and lying to the FBI | US News