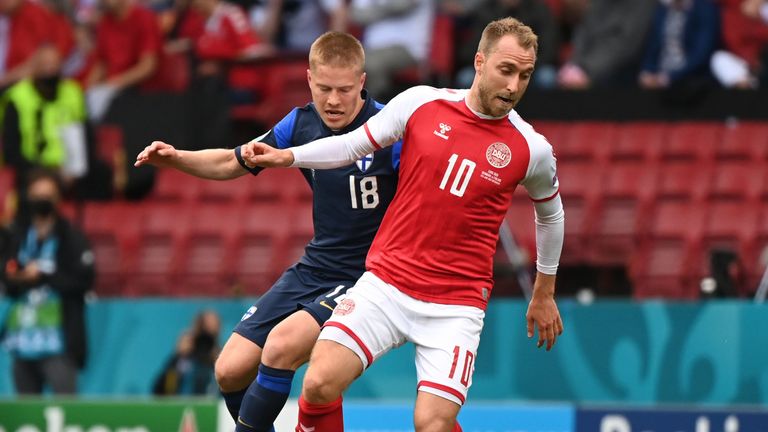 Denmark’s Christian Eriksen has been given CPR after collapsing in his country’s European Championship game against Finland.

Teammates of the Inter Milan and former Spurs player were in tears as medical staff tried to resuscitate Eriksen on the far touchline.

He was seen to collapse about 40 minutes into the game with no other players near him at the time.

A barrier was erected while he received medical treatment and his teammates also shielded him from view.

He appeared to be having heart massage as well as getting several electric shocks to the chest from medical staff.

The 29-year-old received treatment for about 10 minutes before being taken off the pitch on a stretcher.

The BBC were showing the game live but have now cut to the studio.

Fabrice Muamba, whose heart stopped for more than an hour while playing in a match between Bolton and Spurs in 2012, tweeted: “Please God”.