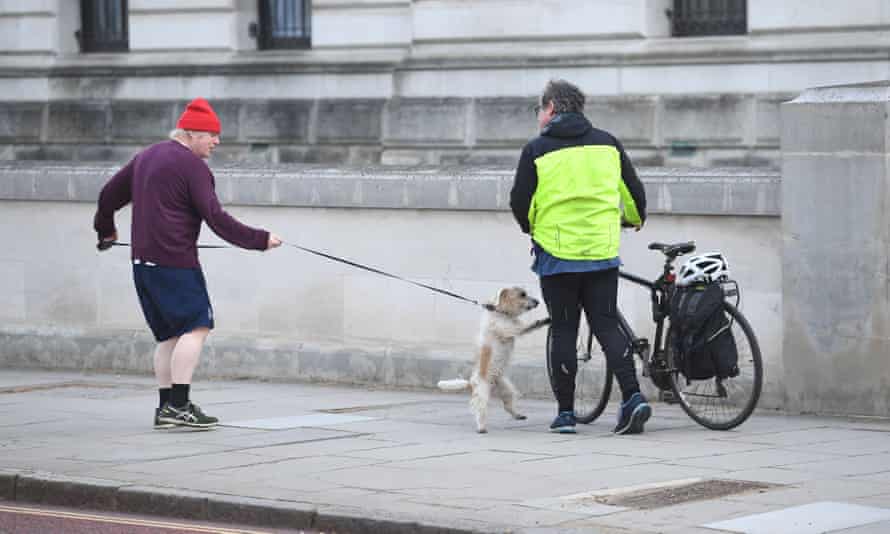 We stood in line, on Sunday afternoon, in the vast atrium of the Javits convention centre, 30 blocks south of my house. It’s a FEMA-run site, staffed by the military, giving it an air of the inevitable third act – roll out the army! – to this interminable movie. One of my six-year olds was with me and, catching site of her, a young solider bumped us to the front of the line. Ten minutes later, along with 7,500 other people at Javits that day, I had my second jab.

A strange dynamic is developing in New York, as the number of vaccinated people rises. One small example: most apartment buildings in the city have elevators, which since last March have been subject to single occupancy rules. In tall buildings, this causes havoc at rush hour, with people waiting long stretches for an empty elevator to show up. Now, when the doors open, people often ask to share, prefacing the request with the line “I’m vaccinated”.

It’s very much the new “hi-how-are-you”. In the last week, prior to sitting down at a restaurant, I have said, “hi-I’m-half-vaccinated”. I said the same getting into a cab, brushing past another parent at swimming and having any kind of meeting with someone not in my bubble. It doesn’t obviate the need for distance or masks, but it does at least take the edge off things.

Not that it’s a line that washes with everyone. A friend’s 80-year-old mother, fuming on the 19th floor of her apartment block after three elevators with one person in them sailed by, stepped into the fourth, informing the rider she was fully vaccinated and couldn’t wait any longer to get down. The rider smartly asked her to step out again. “I’m doing it for your own safety!” she said. Which is, of course, another matter for debate altogether.

A juice maker called Bolthouse Farms is offering staff who get vaccinated a $500 bonus; Krispy Kreme, the doughnut place, is giving staff four hours off to get their shots, while their customers qualify for a free doughnut a day, with proof they’ve had the vaccine. In Michigan, meanwhile, a medical marijuana shop is giving away a pre-rolled joint to anyone over 21 who can prove they’ve been vaccinated.

All of this falls short of formal vaccine passports, which will surely be rejected by the civil liberties groups should the option be raised. There is, however, a growing sense that losing one’s vaccination card would be worse even than the previously worse thing you could lose – in my case, my green card, which after mislaying two years ago took eight months to replace, during which time I couldn’t pass through JFK without being put in the windowless room for more questioning.

And so we enter a twilight period, where things are half normal, half persistently strange. State schools in New York are still shut to most students; there are dolphins in the East River; you can’t go further than New Jersey without triggering a period of quarantine; and yet, after being fully vaccinated, there are signs – there-emergence of dumb marketing initiatives involving the disbursement of doughnuts – that the beginning of the end is in sight.

It’s hard to imagine going back to the way some things were. Elaborate kids’ birthday parties have been debunked by the discovery that outdoors at the park is just fine, a change which will hopefully stick. Many of us have stopped using the subway, so that, in line with other systems worldwide, the New York subway system is operating on a third of the passengers it was before the pandemic.

This may not be a temporary thing, either. I’ve always thought life’s too short for the R train, but now, with the guy – it’s always a guy –who stands there with his mask pulled down low, aggressively nose breathing, that maxim has a literal ring. Vaccination rates will maker ridership safer, of course, but the sheer gut revulsion of the subway experience this year will take a long time to wear off.

And car usage is up. After a friend helped me out with some driving tuition, I went on a formal lesson this week with an instructor moonlighting from his job as a bus driver for the MTA. We went up to 145th street in Harlem where I tried to execute a parallel park based on a 20-year-old memory, scraped the tires on the curb, nearly took out a cyclist while straightening up, and felt very grateful to be on a street in New York and not in the Suez Canal.

A new outlet for lockdown tension emerges in the form of a group of first year bankers at Goldman Sachs, inviting your sympathy after filing a formal complaint at the bank that their working hours – 100 hours a week – constitute abusive conditions. According to the Dealbook newsletter in the New York Times, the 13 cheesed off junior analysts gave their job satisfaction a two out of 10 and said this wasn’t what they thought they were signing up for. “I didn’t come into this job expecting a 9am-5pm’s,” said one in the comments, “but I also didn’t expect consistent 9am-5am’s either.”

Another reported being in a “really dark place”, although one alleviated, presumably, by expensive accent lighting in a corner of his loft. One wonders what, exactly, they imagined might be demanded of them for a starting salary of $150,000 straight out of college. But great good luck to this plucky group and its mission to raise awareness of a little known cause – that people in finance have feelings, too.

Concern for the bankers might be shared with Prince Harry this week, who, with his absolute talent for taking good will and immediately squandering it, announced his new job as the “chief impact officer” at a $1.7bn startup. It’s an appointment that has, one assumes, already justified itself in the amount of press coverage generated, although it does leave one with a lot of questions. Does Harry, now earning a salary, know how a bank account works? Has he ever withdrawn money from a cash point? Is he aware that, unshielded by protocol, his jokes may not land, his insights fall short of brilliant, and his ideas be rejected as turkeys? Or that at some terrible point, he may have to ride the elevator with people he doesn’t want to.