Doctor is forced to sell the family car after his son, seven, ran up a £1,300 Apple bill 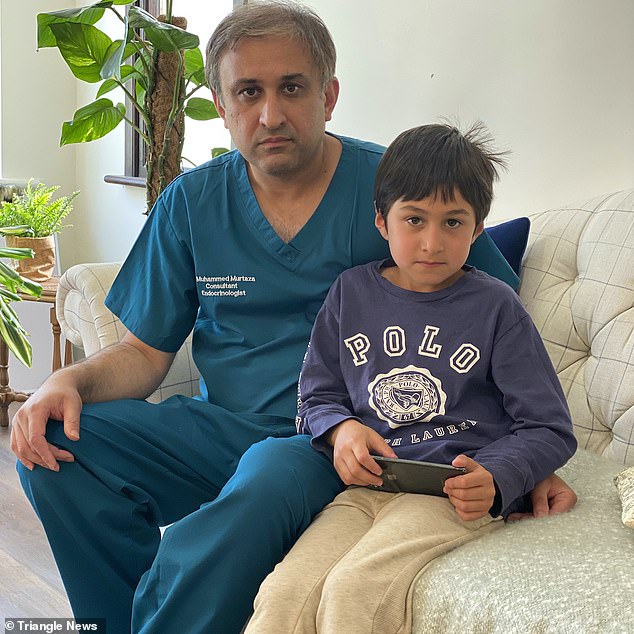 A father was forced to sell his family car after his seven-year-old son unwittingly ran up a bill of nearly £1,300 while playing on a game on his iPhone.

Muhammad Mutaza, 41, from Colwyn Bay, North Wales, was handed the £1,289.70 Apple iTunes bill after his son Ashaz made a series of in-app purchases while playing a free version of the DreamWorks mythical monster game Dragons: Rise of Berk.

The consultant endocrinologist, who initially believed he had been ‘scammed’, has now had to sell his Toyota Aygo car in order to cover the cost of the purchases.

Mr Mutaza, whose son had been playing the video game for an hour, said he was unaware the game offered unlimited in-app purchases of up to £109.

Muhammad Mutaza (pictured with son Ashaz), 41, from Colwyn Bay, North Wales, was handed the £1,289.70 Apple iTunes bill after his son Ashaz made a series of in-app purchases on his iPhone 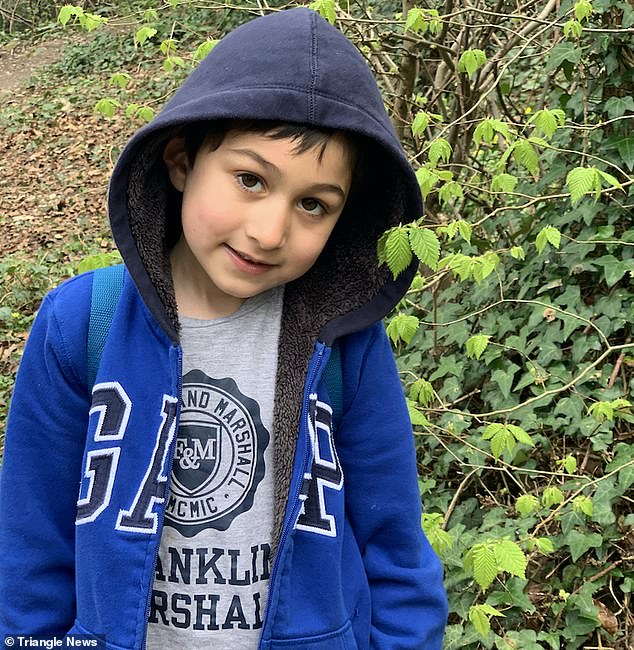 Ashaz made a series of in-app purchases while playing a free version of the DreamWorks game Dragons: Rise of Berk when he unwittingly made the purchases

He said he only discovered he had been charged for the game after receiving 29 email receipts for transactions ranging from £1.99 to £99.99.

He told The Sun: ‘Initially, my thought was that I had been scammed. I never thought it would be possible to spend that much money on a kids’ game.’

After complaining to Apple, Mr Mutaza, who lives with wife, Fatima, 37, and their children Ashaz, Areefa, 11, and Aliyah, one, was refunded £207 by the technology giant.

He added: ‘I said to customer services, ”Well done, you’ve ripped me off, you have succeeded in ripping my child off”.’

Apple told MailOnline while it did not comment on individual cases its ‘Ask to Buy’ feature was on by default for children under the age of 13. 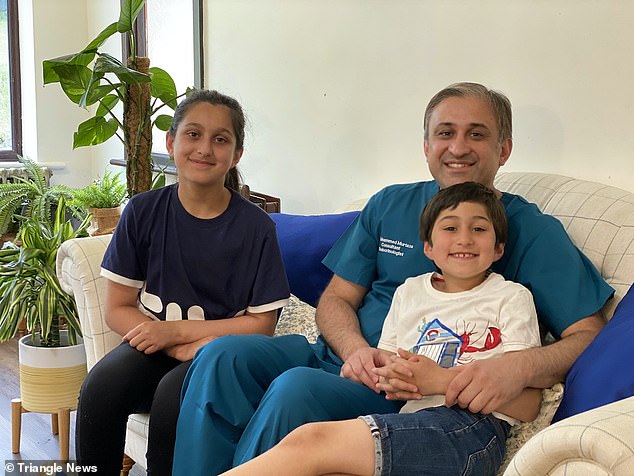 The father-of-three was refunded £207 by the technology giant. Pictured: Mr Mutaza with Ashaz and his daughter Areefa 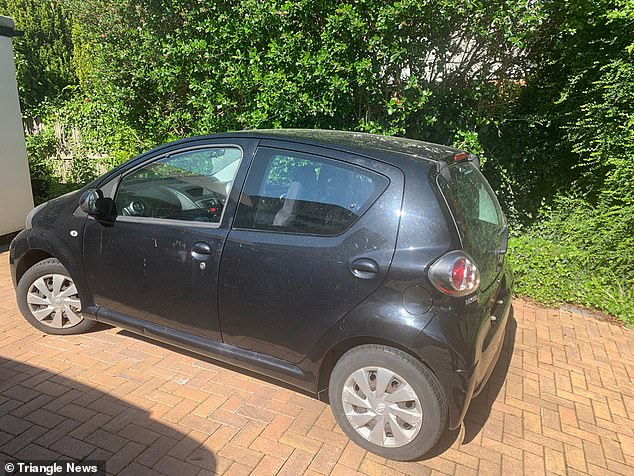 The consultant endocrinologist has now had to sell his Toyota Aygo car in order to cover the cost of the purchases. 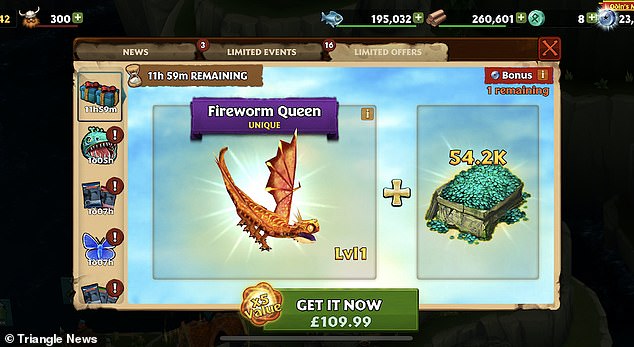 The feature allows the family organiser to use their device to approve or decline a request if children want to buy or download a new item.

THE IN-APP TRAPS: HOW TO STOP BIG BILLS

Parents can choose to set up restrictions in the settings of an iPad or iPhone to prevent automatic downloads and in-app purchases.

It is also possible to ensure they don’t have the privilege of installing or deleting apps, which can be helpful if you want to know what apps your children are using.

Parents are advised to set up a different passcode, or make sure their children don’t know it, for approving in-app spend, to make sure they can’t accidentally buy game credits.

A change in the law in April 2014 means all app makers have to be clear about the costs associated with their app, including in-app purchases.

In 2017, Roy and his wife Jill, from Chorley, Lancashire, were left shocked after their son unwittingly racked up a bill of more than £6,000 playing online games over two weekends when he accessed the family’s iTunes accounts.

Across two weekends of playing games, the 11-year-old kept purchasing credits to continue, not realising he was spending real money.

By the second weekend, his parents were stunned to see the £6,000 bill on their credit card.

Mr Dobson and his wife took their case to technology giant Apple, who agreed to refund them.

Speaking at the time Mr Dobson said: ‘The first time he spent £700 in less than five minutes, then £1,100 in half an hour and it just racked up and racked up, all on the same game.’

In 2014, Apple agreed to refund $32.5 million (£26,078,000) in compensation to US parents whose children had made in-app purchases without their permission after a settlement with the US Federal Trade Commission (FTC).

The settlement was agreed after the technology giant was sued over allegations it had failed to ‘adequately’ tell parents that by entering a password they were approving a single in-app purchase and also 15 minutes of additional unlimited purchases.

In a statement, FTC Chairwoman Edith Ramirez said: ‘This settlement is a victory for consumers harmed by Apple’s unfair billing, and a signal to the business community: whether you’re doing business in the mobile arena or the mall down the street, fundamental consumer protections apply.

‘You cannot charge consumers for purchases they did not authorise.’