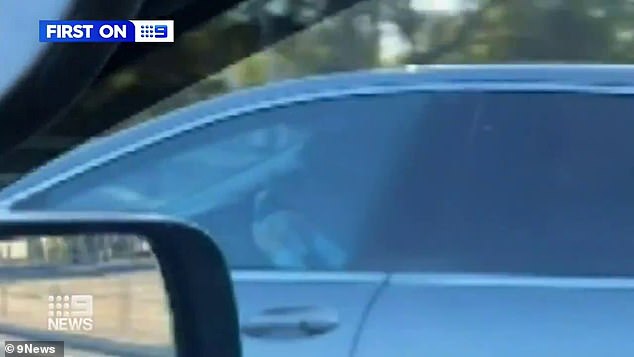 A book you can’t put down: Driver is spotted reading while driving at speed down a busy road – but who shot the video?

A woman has been filmed reading a book while driving at speed with two children in the back of her car, but other drivers have questioned who filmed the clip.

Channel 9 News claimed that the driver was filmed driving between 80-100km/h on Port Wakefield Road heading north towards Port Wakefield, in Adelaide, over the Easter long weekend.

Other drivers noticed her swerving onto the wrong side of the road before they pulled up beside the car at traffic lights and saw she was reading a book perched on the steering wheel.

Despite the woman’s dangerous driving people have questioned who filmed the incident and whether they were using a phone behind the wheel.

‘Isn’t the driver of the car filming breaking the law as well? Using a phone while driving?’ one wrote.

Others asked about the careless driving while two children sat in the back seat.

‘Silly girl. For the sake of your kids, be so much more attentive,’ one commented.

‘Take her licence off her for good absolutely never hold an Australian licence ever again then she can read the book on the bus much safer and you would be thinking DOCS may need to give her a visit to talk about putting children in danger,’ a third wrote. 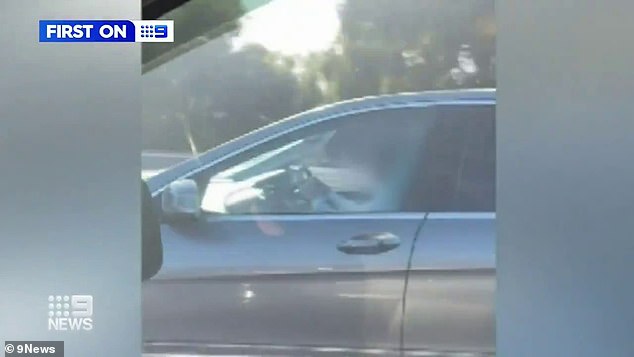 The footage comes after 20 deaths on Australian roads over the Easter long weekend, including two in South Australia.

South Australian Police have reprimanded the actions saying that anything that distracts drivers can significantly impact the ability to drive safely.

‘Driving is a complex task and anything that serves as a distraction from that task, including using a mobile phone or reading a book, can significantly impair your reaction time, your ability to maintain speed and your ability to judge safe gaps in traffic,’ a South Australian police statement read.

Police are currently investigating the video and asking anyone who may know the woman in question to to contact crime stoppers on 1800 333 000.