Dwayne Haskins: Pittsburgh Steelers quarterback dies after being hit by truck on Florida highway | US News 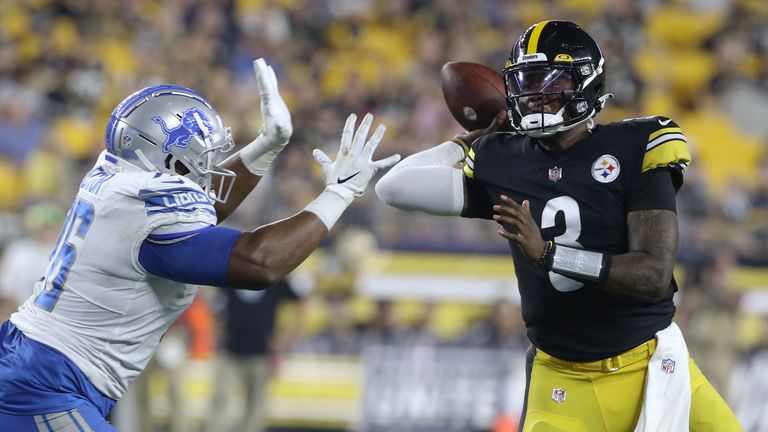 NFL quarterback Dwayne Haskins has died aged 24 after being hit by a dump truck while out walking in south Florida.

The Pittsburgh Steelers star was trying to cross a highway while there was oncoming traffic when he was struck, and was pronounced dead at the scene.

The Florida Highway Patrol said the incident happened near the airport in Fort Lauderdale, a city on the state’s southeastern coast, at around 7am local time on Saturday.

Haskins was walking across a busy highway with “limited access” and it’s not known why he was doing so.

He had been in the area for training with his Steelers teammates ahead of the 2022 NFL season.

Haskins “quickly became part of our Steelers family upon his arrival in Pittsburgh and was one of our hardest workers, both on the field and in our community”, said Tomlin.

“Dwayne was a great teammate, but even more so a tremendous friend to so many,” he added.

“I am truly heartbroken. Our thoughts and prayers are with his wife, Kalabrya, and his entire family during this difficult time.”

‘One of the greatest’

Haskins signed for the Steelers in early 2021, having previously been with the Washington Commanders.

He played college football for Ohio, where he won a number of titles and set several passing and touchdown records.

Washington Commanders owners Dan and Tanya Snyder paid tribute, describing him as “a young man with a tremendous amount of potential who had an infectious personality”.

“To say we are heartbroken is an understatement,” they said.

“Our hearts and prayers are with the members of Dwayne’s family and all of those who knew him and loved him.”

Former Ohio State coach Urban Meyer said he was “one of the greatest QBs in Ohio State history” – and “an even better son, teammate, and friend”.