El Shafee Elsheikh: ‘You find restraint in yourself’ – victims’ families sit metres from ‘IS Beatle’ as guilty verdict delivered | US News 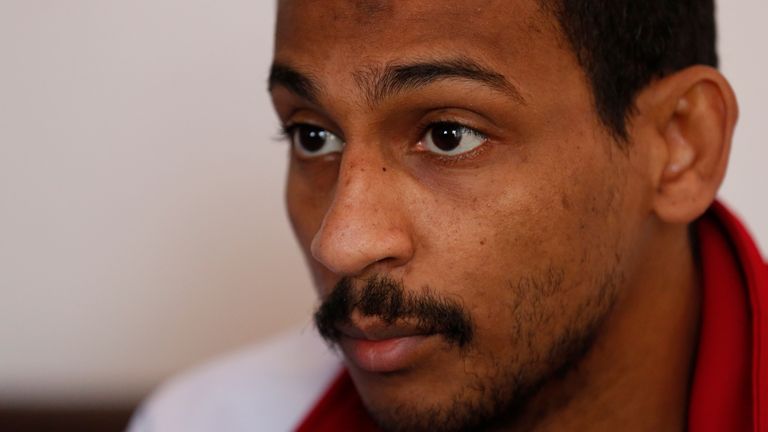 The families of the victims endured harrowing testimony about life and death in captivity at the hands of the so-called IS Beatles.

When the guilty verdict in the trial of ‘IS Beatle’ El Shafee Elsheikh was read out, Diane Foley, whose son James was 40 when he was murdered, closed her eyes tightly and tilted her head back.

Other family members dissolved into tears.

Read more: Who is IS ‘Beatle’ and what did we find out at his trial?

They have gone through what nobody should ever have to, watching the brutal final moments of their loved ones played out in court.

Journalist Steven Sotloff had gained a burgeoning reputation as a foreign reporter and had already broken major stories when he was kidnapped aged 30.

His murder the following year was recorded and released by the IS Beatles as propaganda.

His father, Art, has established the 2 Lives foundation in Steven’s memory.

During more than two weeks of testimony, he sat just feet away from Elsheikh in court.

“You start to find, in yourself, restraint,” Art told Sky News.

“I think all of us would have liked to jump over that little barrier and do something to him. But the reason he’s here is because we wanted to make sure he got a fair and honest trial.”

During the closing statement, the US prosecutor described Steven Sotloff as a “brilliant writer” who cared deeply for others.

“When he set his mind to something, he usually accomplished it. When you sat down with him, you really wanted to open up because he was that type of person.”

Asked if he felt a sense of justice after Elsheikh’s conviction, Art said: “I felt that all our kids are in the room with us looking down because the justice is for them, nobody else.”