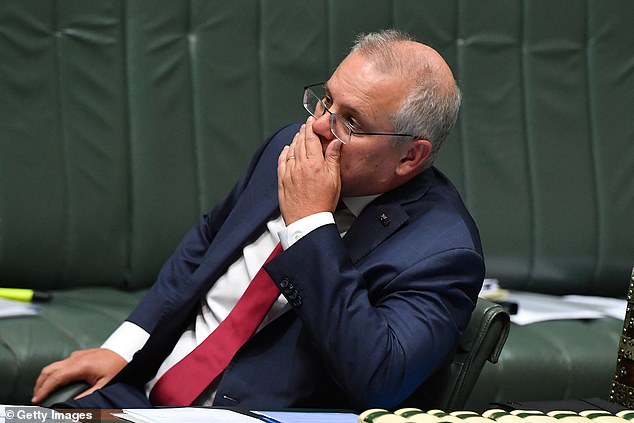 Prime Minister Scott Morrison has received a letter alleging that a current federal Cabinet Minister violently raped a woman in 1988.

The letter includes details of the alleged rape which occurred before the man entered politics and urged the Prime Minister to take action on the allegation.

Last year the NSW Police set up a strike force to investigate the rape claim in February 2020, but were delayed by Covid and when the woman took her own life in June 2020 the investigation was discontinued.

The Australian Federal Police has been made aware of the letter by Labor Senator Penny Wong and Greens Senator Sarah Hanson-Young who also received it.

The author of the letter wants Mr Morrison to set up an independent parliamentary investigation into the incident, which is claimed to have happened when the woman was 16, reported the ABC.

‘When news of [the complainant’s alleged] rape becomes widely known to the public (as it most likely will), legitimate questions will be asked as to who knew what, when they knew and what they did,’ the letter said.

‘This is occurring today in relation to Brittany Higgins.’

‘In [the complainant’s] case, the loss of respect for our political institutions will be exacerbated by the aggravating factor of [the accused perpetrator’s seniority].

The explosive claim comes as the Morrison government comes under fire for its handling of the alleged rape of Brittany Higgins in a Minister’s office in Parliament House in 2019.

Ms Higgins claimed to have been raped in Defence Minister Linda Reynold’s office by a senior colleague while working for the Liberal party.

An internal investigation into how the alleged matter was handled by the government is ongoing.

Former prime minister Malcolm Turnbull was made aware of the alleged matter in 2019 when the woman sent him a letter, and he wrote to South Australia Police when he learned she had died.

After the woman’s death, Ms Wong also spoke to South Australia police about the claims having also been in contact with the complainant.

Because the woman has died, there can be criminal charges laid about the alleged rape.

The complainant took her own life in June 2020, a day after she told NSW Police she did not want to pursue the investigation.