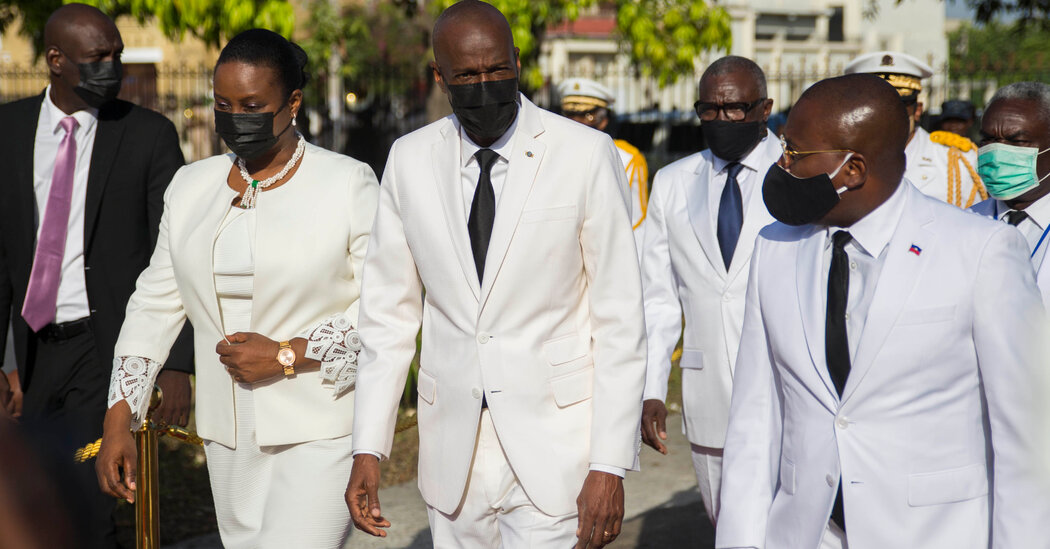 An already turbulent political landscape in Haiti threatened to descend into further chaos on Thursday as a power struggle between two competing prime ministers stoked tensions after the assassination of President Jovenel Moïse.

The country’s interim prime minister, Claude Joseph, has said he is in charge and declared a “state of siege” for 15 days, essentially putting the country under martial law. But even constitutional experts are unsure whether he has the legal authority to impose it and whether he can stay in power.

Mr. Joseph was supposed to be replaced this week by Ariel Henry, who had been appointed prime minister by Mr. Moïse in recent days. But hours after the killing, Mr. Joseph assumed leadership of Haiti, taking command of the police and army in what he said was an effort to ensure order and stability.

Mr. Henry, in an interview with the Nouvelliste newspaper, said that Mr. Joseph was “no longer prime minister” and instead claimed his right to run the government.

“I am a prime minister with a decree that was passed in my favor,” Mr. Henry said, adding that he had been in the process of forming his government, of which Mr. Joseph was expected to be a member.

Mr. Henry said that he “did not want to add fuel to the fire,” but he criticized Mr. Joseph’s decision to impose a state of siege and called for a dialogue that could ensure a smooth political transition.

Lilas Desquiron, a Haitian writer who was culture minister from 2001 to 2004, said the situation was deeply confused since Mr. Moise had “left behind a prime minister that he had dismissed and another that he had not yet installed.”

Today’s Haiti is a parliamentary democracy without a functioning Parliament. Before his death, Mr. Moïse had been ruling by decree, and the president’s office is traditionally vested with most of the executive powers. It also appoints the prime minister. Long-planned elections were scheduled for later this year, but it was unclear on Thursday when or whether they will take place.

Haiti has a long history of political instability. The country has been rocked by a series of coups in the 20th and 21st centuries, often backed by Western powers, and has been marked by frequent leadership crises that have driven Haitians into the streets in protest.

It is unclear whether the political implications of this week’s assassination will follow a similar pattern.

Ms. Desquiron said that “no one understands” what is happening at the political level and that most Haitian political and intellectual actors were currently in a “wait-and-see and powerless position.”

A few hours after the assassination, Mr. Joseph called for calm and told the Haitian public that the situation was under control. He also declared a 15-day period of national mourning, starting on Thursday.

“During these 15 days of national mourning, the national flag will be flown at half-mast, nightclubs and other similar establishments will remain closed, and radio and television stations are invited to program circumstantial programs and music,” read the order, which was published in the official government journal, Le Moniteur.

Miami building collapse: Search for survivors is called off after two weeks with authorities saying there is ‘no chance of life’ | US News