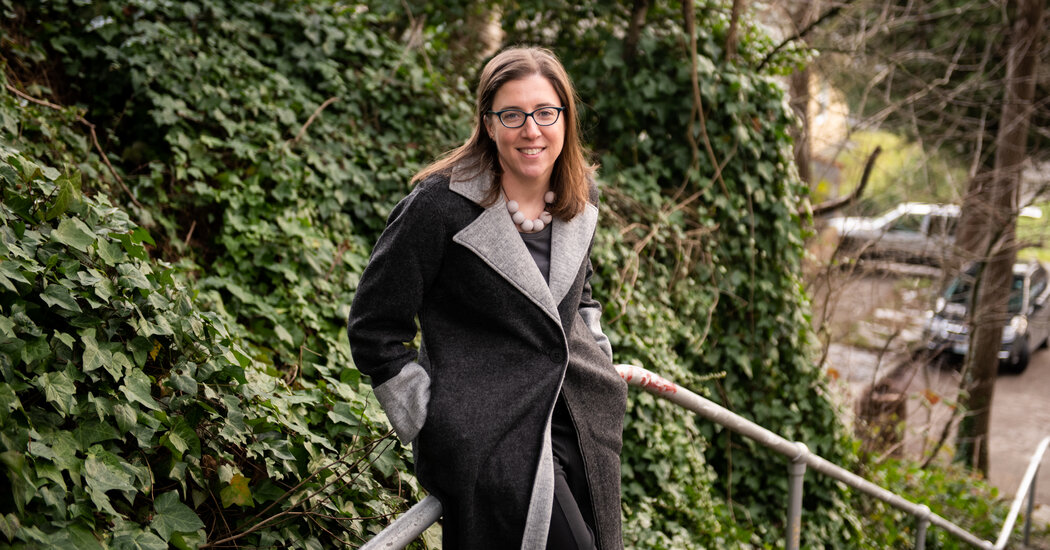 Young children who transition to a new gender with social changes — taking on new names, pronouns, haircuts and clothing — are likely to continue identifying as that gender five years later, according to a report published on Wednesday, the first study of its kind.

The data come from the Trans Youth Project, a well-known effort following 317 children across the United States and Canada who underwent a so-called social transition between ages of 3 and 12. Participants transitioned, on average, at age 6.5.

The vast majority of the group still identified with their new gender five years later, according to the study, and many had begun hormonal medications in adolescence to prompt biological changes to align with their gender identities. The study found that 2.5 percent of the group had reverted to identifying as the gender they were assigned at birth.

As tension mounts in courtrooms and statehouses across the country about the appropriate health care for transgender children, there’s been little hard data to draw on about their long-term development. The new study provides one of the first large data sets on this group. The researchers plan to continue following this cohort for 20 years after their social transitions began.

“There’s this sort of idea that the kids are going to be starting those things and that they’re going to change their minds,” said Kristina Olson, a psychologist at Princeton University who led the study. “And at least in our sample, we’re not finding that.”

Dr. Olson and other researchers pointed out, however, that the study may not generalize to all transgender children. Two-thirds of the participants were white, for example, and the parents tended to have higher incomes and more education than the general population. All of the parents were supportive enough to facilitate full social transitions.

And because the study began nearly a decade ago, it’s unclear whether it reflects the patterns of today, when many more children are identifying as trans. Two-thirds of the study’s participants were transgender girls who were assigned boys at birth. But in the past few years, youth gender clinics worldwide have reported a swell of adolescent patients assigned girls at birth who had recently identified as trans boys or nonbinary.

This group also has a high rate of mental health concerns, including autism and ADHD, noted Laura Edwards-Leeper, a clinical psychologist in Oregon who specializes in the care of transgender children. “That’s really the group I’m most concerned about these days,” she said.

“I would say that this study tells us nothing about those kids,” Dr. Leeper added. “It’s just that different.”

The Trans Youth Project researchers began recruiting participants in 2013, traveling to more than 40 states and two Canadian provinces to interview families. Such in-depth data is rare in this type of research, which is often sourced from online surveys or through children referred to specific gender clinics, who are typically older and often from more limited geographic areas.

Previously published work from the project showed that the children who were supported by their parents during social transitions were roughly equal to non-transgender children in terms of rates of depression, with slightly elevated rates of anxiety.

The new study, published in the journal Pediatrics, followed this cohort as they reached a milestone roughly five years out from their initial social transitions. The study found that 94 percent of the group still identified as transgender five years later. Another 3.5 percent identified as nonbinary, meaning they did not identify as boys or girls. That label wasn’t as widely used when the researchers began the study as it is today.

By the end of the study period, in 2020, 60 percent of the children had started taking either puberty-blocking drugs or hormones. The researchers are still collecting data about how many of the teenage participants had undergone gender surgeries, Dr. Olson said.

Research from the 1990s and 2000s had suggested that many children diagnosed with gender dysphoria or gender identity disorder (a psychological diagnosis that no longer exists) would resolve their gender difficulties after puberty, typically by ages 10 to 13. Some of those earlier studies have been criticized because the children’s doctors advised their parents to steer them away from a transgender identity.

In the decades since that work was done, societal acceptance of gender diversity has grown, medical practice has shifted and the number of transgender children has increased significantly.

The Push to Restrict Rights for Young Transgender People

A growing trend. Measures that could tranform the lives of young transgender people are at the center of heated political debate across America. Here is how some states are approaching the subject:

Indiana. Gov. Eric Holcomb, a Republican, vetoed a bill that would have banned transgender girls from competing in school-sanctioned girls’ sports. The governor said the bill, known as H.E.A. 1041, would likely have been challenged in court.

Utah. A day after the decision in Indiana, Gov. Spencer Cox, also a Republican, vetoed a similar bill that would have barred young transgender athletes from participating in girls’ sports. Republican legislators subsequently voted to override the veto and enacted the legislation.

For those reasons, it doesn’t make sense to compare the new study with older research, said Russ Toomey, a professor of family studies and human development at the University of Arizona.

“It’s really comparing apples to oranges,” Dr. Toomey said. Many of the children in the earlier studies were effeminate boys whose parents were upset about their behavior, they said. “Many of these kids in these early studies that are frequently cited were never even labeling themselves or being labeled as transgender.”

The new study could suggest that transgender children, when supported by their parents, thrive in their identities. But it’s also possible that some of the children who still identified as transgender by the end of the study — or their parents — felt pressure to continue on the path they started.

“I think depending on your perspective, people will probably interpret this data differently,” said Amy Tishelman, a clinical psychologist at Boston College and lead author of the World Professional Association of Transgender Health’s standards of care chapter on children.

“Some people may say that kids get on this trajectory of development and they can’t get off and that the medical interventions may be irreversible and they may come to regret it,” she said. “Other people will say kids know their gender, and when they’re supported in their gender, they’re happy.”

While most clinicians agree that social transitions can be helpful for some children who are questioning their assigned gender, Dr. Tishelman said, it’s also important to give support to those who change their minds. “It’s just really important that kids can continue to feel like it’s OK to be fluid, to continue to explore,” she said.

More data on the cohort as it continues into adolescence could reveal how many children choose to detransition after beginning hormone therapy.

Dr. Olson said her group would soon be publishing an additional qualitative study that described the experiences of the relatively small number of children in the cohort who switched back to their original gender identity. These children did well, she said, when supported by their families.

“In our work we don’t just want to know what category they fit in today vs. tomorrow,” Dr. Olson said.

“I think of all these kids as gender diverse in different ways,” she added, “and we want to understand how to help their lives be better.”

Kailia Posey: Toddlers and Tiaras star, 16, ‘made the rash decision’ to take her own life, says family | Ents & Arts News