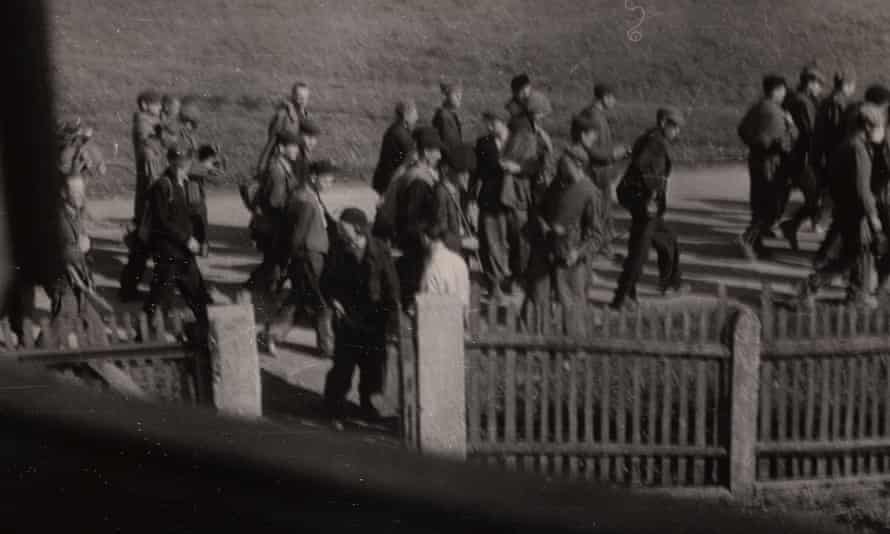 First-hand accounts from survivors of Nazi death marches, which formed a last ruthless chapter of the genocide, are to go on display with testimonies translated into English for the first time.

During the death marches, tens of thousands of people died on roadsides of exhaustion, shot for failing to keep up, or murdered in seemingly random massacres as the Nazis moved people from concentration camps before liberation by the allies, leaving a trail of blood across Europe.

The Wiener Holocaust Library, which collected testimonies from some of the small numbers of survivors in the 1950s and 1960s, aims to bring light to these “mobile concentration camps” in its new London exhibition, Death Marches: Evidence and Memory. The accounts will also be available for free online.

The exhibition focuses on this often overlooked and understudied aspect of the Holocaust and at how forensic and other evidence about the death marches has been gathered since the end of the second world war.

Among contemporary photographs are clandestine images taken by Maria Seidenberger, who captured a forced march from Buchenwald to Dachau as it passed near her home in Herbertshausen. Her mother distributed potatoes to the prisoners while she took these images secretly from the window of their home.

The exhibition highlights stories such as that of Gertrude Deak, a Hungarian Jewish survivor, sent to a number of camps. “Hers is a remarkable story of survival in which she was on a death march, then was hiding in a barn, and survived attempted sexual assaults by soldiers and people she encountered,” said the exhibition’s co-curator, Dr Christine Schmidt.

Other images include those of Sabina and Fela Szeps, two Polish Jewish sisters. One photograph was taken in a Polish ghetto in 1939. “They were deported to a subcamp of Gross-Rosen and then sent on this death march. We have these really poignant images of the women in the ghetto, before their physical devastation. And then images of them in May 1945, after liberation. And they are completely emaciated, completely physically devastated. One died the day after the photograph was taken. You can just see the incredible physical toll,” said Schmidt.

“There weren’t that many survivors of the death marches, so these testimonies we have are rare, and are quite precious documents … This vast, chaotic period is a story that isn’t often told,” she said.

The images of liberation have a redemptive or positive spin, she said. “There’s always this idea that the camps were liberated and it was over. But that liberation was not a moment, it was a long and ongoing and enduring process.”

There are 45 testimonies relating just to death marches out of 400 now translated, digitised and available in English for the first time on the library’s Testifying to the Truth database. The remaining 1,185 translated testimonies will be released later this year.

They cover topics ranging from descriptions of the experience of living through Nazi ghettoes, and concentration and death camps, to the stories of those who hid from the Nazis, either in plain sight using false identities, or in attics and cellars.

The authors were Jewish, Roma and Sinti survivors as well as others who witnessed Nazi persecution. There are also several testimonies from those who participated in resistance activities against the Nazis and their collaborators, and those who managed to escape from the death camps.