George Lamming, Who Chronicled the End of Colonialism, Dies at 94 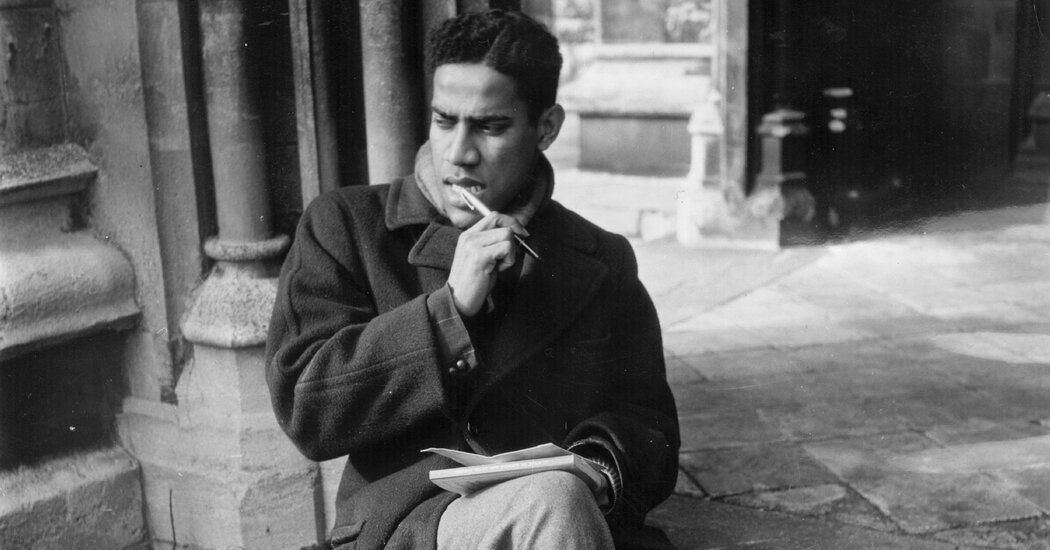 George Lamming, a novelist and essayist from Barbados who was among the last of a generation of Caribbean writers whose work traced their region’s transition from colonialism to independence, died on June 4 at his home in Bridgetown, his country’s capital. He was 94.

The death was confirmed by his daughter, Natasha Lamming-Lee. She did not provide a cause.

Mr. Lamming’s early work, like that of his contemporaries V.S. Naipaul and Samuel Selvon, was filtered through his experience as a young man in London, where he published his first novel, “In the Castle of My Skin,” in 1953. He was part of what came to be known as the Windrush generation, the hundreds of thousands of Caribbean people who migrated to Britain after the government ruled, in 1948, that they were British citizens.

For Mr. Lamming and others, the rapid collapse of the British Empire was a moment of soul-searching and measure-taking: What did it mean to be Barbadian? Could a former colonial subject, let alone an entire society, craft an identity independent of its colonizer? And what was the place of art in that vision?

“I think that they were seeking the right to speak for themselves and their societies and their landscapes, to describe the world which had made them with a precision and care of the insider,” Richard Drayton, a historian at King’s College, London, and a friend of Mr. Lamming’s, said in a phone interview. “For its own sake, not for the entertainment of an English public.”

“In the Castle of My Skin” was a critical success, winning the Somerset Maugham Award and earning Mr. Lamming a Guggenheim fellowship. A loosely autobiographical tale about a boy growing up in Barbados amid labor and social unrest, it also drew on Mr. Lamming’s extensive readings in existentialist thought. The French philosophers Jean-Paul Sartre and Simone de Beauvoir both championed the book, as did the Black American writer Richard Wright, who had moved to Paris in 1946.

The novel, full of dense imagery and metaphor, blends techniques and styles from poetry, memoir and theater, a mélange typical of Mr. Lamming’s fiction.

“The water rose higher and higher until the fern and flowers on our veranda were flooded,” he wrote. “My mother brought sacks that absorbed it quickly, but overhead the crevices of the roof were weeping rain, and surfacing the carpet and the epergne of flowers and fern were liquid, glittering curves which the mourning black of the shingles had bequeathed.”

In his introduction to the book’s U.S. edition, Mr. Wright wrote that “Lamming’s is a true gift; as an artist, he possesses a quiet and stubborn courage, and in him a new writer takes his place in the literary world.”

Mr. Lamming used the money from his awards to travel to Ghana and the United States, as well as back to the Caribbean; those journeys put him in touch with the African diaspora and bolstered his sense of political commitment, an aspect of his work that set him apart from Walcott, Naipaul and many others in his cohort. He attended the landmark Congress of Black Writers and Artists in Paris in 1956, and he became close friends with the Marxist literary critic C.L.R. James.

“He’s very different from the others in that he placed himself in what one might term a sort of Afro-global diaspora tradition,” the writer Caryl Phillips said in a phone interview.

Throughout his work, Mr. Lamming sought to complicate that relationship. It was a hierarchy, he conceded, but also a dynamic, in which the colonized can overcome his or her double consciousness, or experience of alienation, to make space for his or her own identity and freedom.

“The double consciousness must be seen as a strategy, and not as a prison,” he said in a 2002 interview with the magazine Small Axe. “He’s in my consciousness as I am in his. And I have the power to place meanings on him that is no less than his placing meanings on me.”

Achieving that vision takes political struggle, and as his career progressed Mr. Lamming dedicated more of his energy to activism. He wrote the last of his six novels, “Natives of My Person,” in 1972; his subsequent published work was all nonfiction, in the form of essays, speeches and manifestoes.

He worried that in the wake of colonialism, Caribbean society was recreating the same class structures, and even finding new imperial metropoles to submit to, above all the United States. He traveled widely, supporting left-wing governments and organizing activists around the Caribbean.

To him, fiction, essays and activism were all part of the same endeavor.

“I haven’t changed very much in that sense of almost seeing what I do and myself as a kind of evangelist,” he told Small Axe. “I’m a preacher of some kind; I am a man bringing a message of some kind.”

George Eric Lamming was born on June 8, 1927, in Carrington, a village located on a former sugar plantation outside Bridgetown. His parents were unmarried, and he knew his father only from a distance. His mother, Loretta Devonish, was a homemaker who later married Clyde Medford, a police officer.

He recalled wisps of class consciousness from an early age. Labor unrest swept through the island in 1937, killing 14 and providing the backdrop for “In the Castle of My Skin.”

He won a scholarship to attend one of Barbados’s three grammar schools, where an English teacher, Frank Collymore, who also edited the island’s leading literary magazine, introduced him to writing.

In 1946 he moved to Port of Spain, Trinidad, where he taught in a boarding school for wealthy Venezuelans. It was a culturally and politically vibrant place; he met the American singer, actor and left-wing activist Paul Robeson, who was there on tour, and he began his first encounters with Marxism and continental philosophy.

He married the artist Nina Ghent in 1950; they later divorced. Along with his daughter, he is survived by his longtime partner, Esther Phillips; seven grandchildren; and 10 great-grandchildren. His son, Gordon Lamming, died in 2021.

Mr. Lamming returned to Barbados in 1980 and eventually moved into a hotel on the rural eastern side of the island. It became his base of operations, where he met with political activists and wrote his speeches and essays.

And though he remained focused on Caribbean politics, he was also prescient about a global resurgence of white supremacy in the 21st century, long before it became obvious.

“The white world is closing ranks,” he said in a 1998 speech at the City College of New York. “The Cold War is over, and a new racial hierarchy is emerging.”