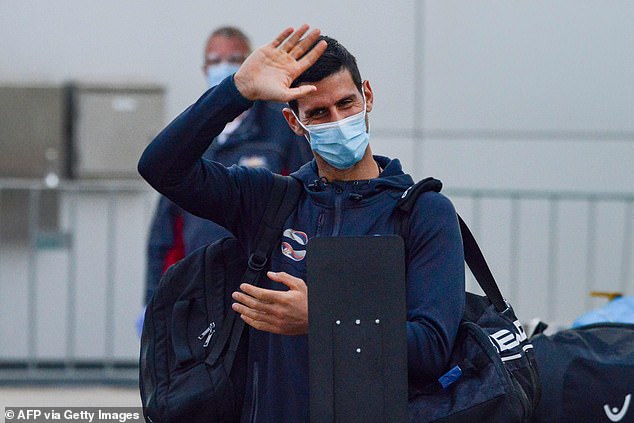 International tennis players and staff have touched down in Melbourne ahead of next month’s Australian Open, as Victoria’s Premier Daniel Andrews defends the grand slam going ahead.

The first of 15 charter flights carrying tennis players and officials for the tournament, starting on February 8, landed at Tullamarine’s Melbourne Jet Base about 6pm on Thursday.

The Doha flight arrivals were greeted by airport staff and biosecurity officials wearing personal protective equipment including masks and face shields, before being whisked away to hotel quarantine. 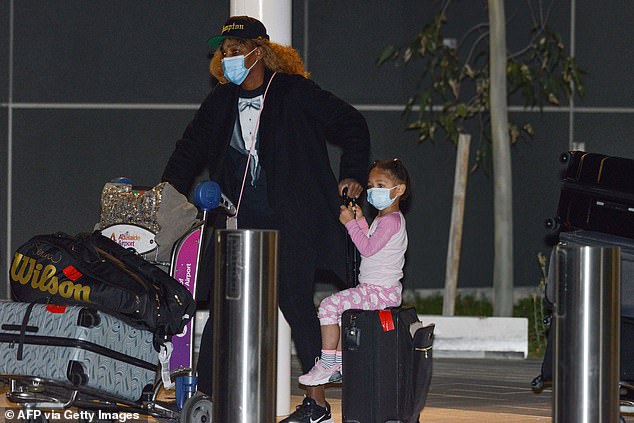 First of 15 charter flights carrying tennis players and officials for the tournament have landed in Melbourne. Pictured: Serena Williams and her daughter arriving in Adelaide

More private jets from Doha, Abu Dhabi, Los Angeles, Singapore and Dubai will land in the Victorian capital over the next 36 hours.

Two-time Wimbledon champion Andy Murray was set to leave this week for Melbourne but tested positive to Covid a few days ago.

The Brit is isolating at home and is hopeful of recovering in time to fly out to Australia after being handed a wildcard for the Grand Slam.

American world no.50 Tennys Sandgren, who was allowed to board his LA flight despite testing positive for coronavirus this week, is expected to arrive just before 3am Friday AEDT. 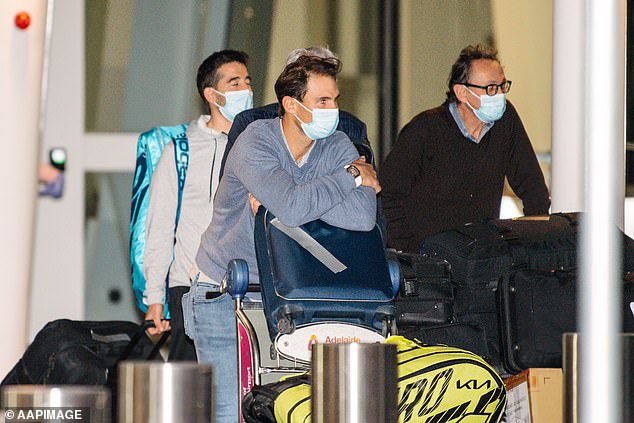 Over the next 36 hours, more private jets will land in Victorian capital ahead of the grand slam. Pictured: Rafael Nadal at Adelaide Airport 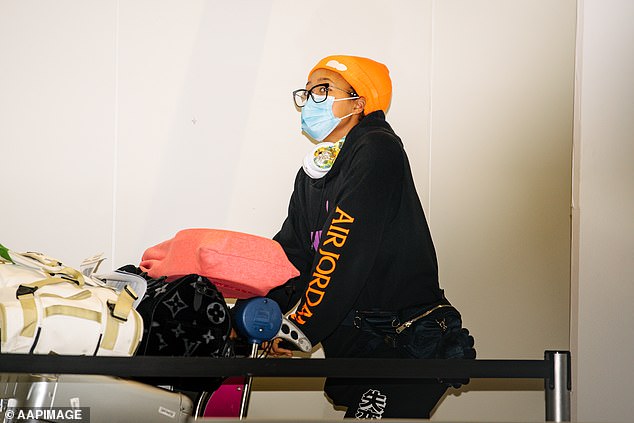 All players and staff must quarantine at one of three Australian Open-dedicated hotels for two weeks in Melbourne. Pictured: Naomi Osaka landing in Adelaide

The former Australian Open quarter-finalist was deemed to be no longer contagious and a case of viral shedding, having been struck down with COVID-19 in November.

All players and staff based in Victoria will be tested daily and must quarantine at one of three Australian Open-dedicated hotels for two weeks.

But not all will be serving their quarantine stint in Melbourne. 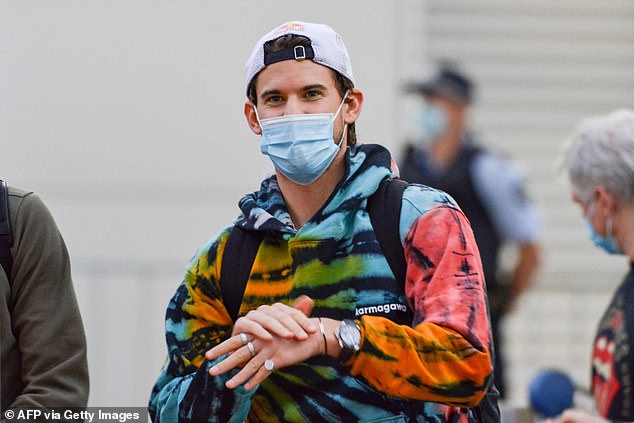 There has been criticism against the Australian Open going ahead but the grand slam has been cleared to proceed as it will be Covid-safe. Pictured: Dominic Thiem at Adelaide 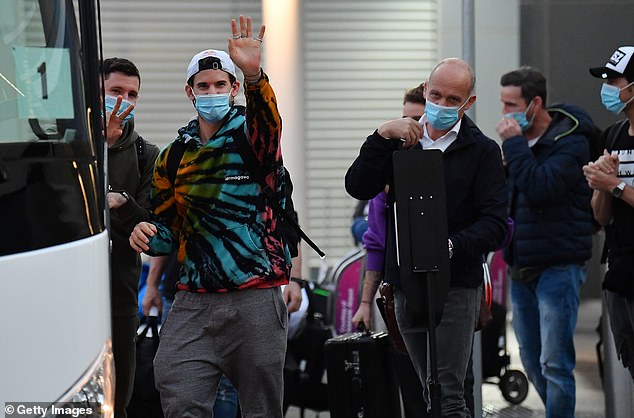 Austrian player Dominic, 27, appeared in high spirits as he touched down in Adelaide, before boarding a bus

They will quarantine in North Adelaide’s Majestic M Hotel before an exhibition event at Memorial Drive on January 29 in the South Australian capital.

Before the 1200-strong international contingent’s arrival, Mr Andrews rejected criticism of the Australian Open going ahead despite thousands of Victorians not being able to return home from the ‘red zones’ of the Greater Brisbane and Sydney.

He said the grand slam was cleared to proceed on public health advice and added it is a massive jobs creator.

‘This event is very important to our city and our state,’ he told reporters.

‘It is worth going to these unprecedented measures to be sure it goes ahead.’

Shunned and banished: Victims blamed for incest in Burkina…