Gun laws: Thousands take to the streets across the US demanding action on tightening controls | US News 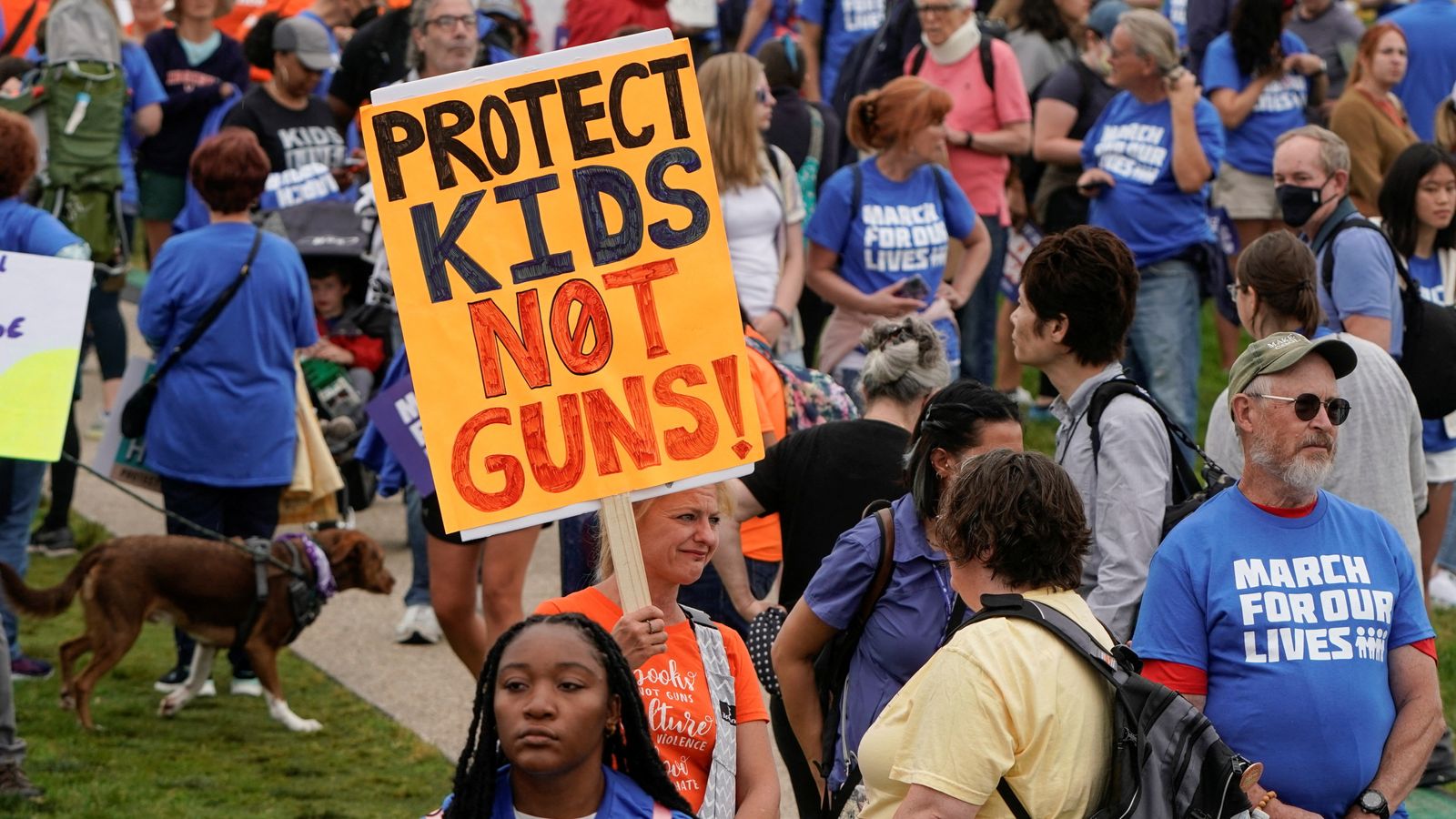 Thousands of people have rallied in Washington DC and across the US to demand politicians tighten gun controls.

It comes after 19 children and two teachers were killed last month at Robb Elementary School in Uvalde, Texas, but there have been many other examples of mass shootings.

“This time is different because this isn’t about politics,” she said. “It’s about morality. Not right and left, but right and wrong, and that doesn’t just mean thoughts and prayers. That means courage and action.”

Despite rain in the nation’s capital, thousands gathered at the National Mall holding up placards, including one that said: “Children aren’t replaceable, senators are. Vote”.

A middle school-age girl carried a sign that read: “I want to feel safe at school”.

District of Columbia mayor Muriel Bowser told the rally in her city: “Enough is enough.

“I speak as a mayor, a mom, and I speak for millions of Americans and America’s mayors who are demanding that congress do its job. And its job is to protect us, to protect our children from gun violence.”

The group March For Our Lives, created by survivors of the 2018 shooting that killed 17 students and staff at Marjory Stoneman Douglas High School in Parkland, Florida, organised the rallies.

The group’s co-founder David Hogg said: “If our government can’t do anything to stop 19 kids from being killed and slaughtered in their own school, and decapitated, it’s time to change who is in government.”

US President Joe Biden, who was in California when the Washington rally began, said his message to the demonstrators was “keep marching”, adding that he was “mildly optimistic” about legislative negotiations to address gun violence.

The House of Representatives has passed bills to raise the age limit to buy semi-automatic weapons and establish federal “red flag” laws.

Read more:
More than 700 people shot dead in the US since the Texas school shooting

But such initiatives have traditionally stalled or been heavily watered down in the Senate.

Democratic and Republican senators had hoped to reach an agreement this week on a framework for addressing the issue and held further talks on Friday, but no deal was announced.