By Daniel Boffey in Brussels and Michael Savage in London On Jan 31, 2021 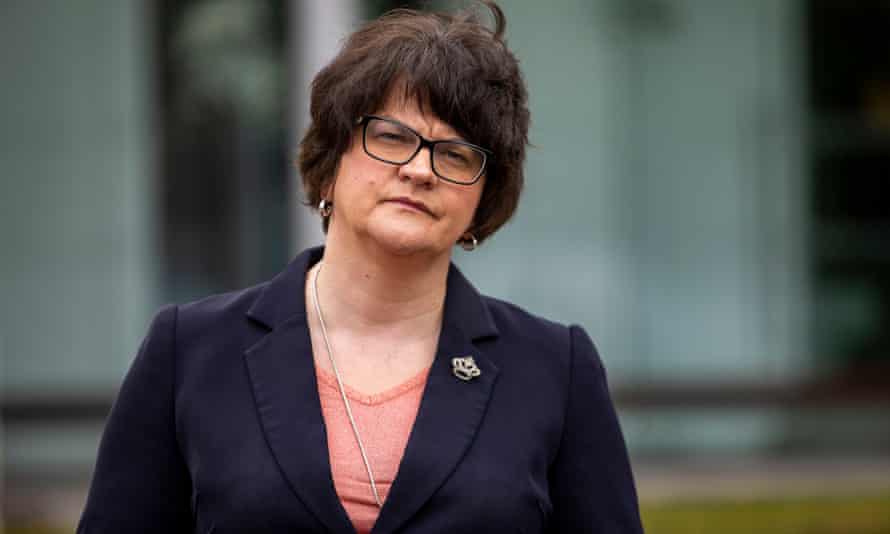 It started with a tweet by a blogger at 4.36pm on Friday. It ended with the prime ministers of the UK and Ireland warning the European commission president, Ursula von der Leyen, during late night calls, that she had put peace at risk by effectively seeking to erect a vaccine border between Northern Ireland and the Republic.

“OK, I’m not usually on here any more, but I’m making an exception because this is very interesting: the EU’s regulation on export controls for vaccines *does* include vaccines going to Northern Ireland, and the EU is invoking Article 16 of the Ireland/Northern Ireland Protocol,” @dijdowell had tweeted. “I really didn’t have Article 16 being used *by the EU* in the first month of the Protocol’s operation on my list of predictions for 2021. I would be fascinated – *fascinated* – to know what the Irish Government makes of setting this precedent.”

It did not take long for @dijdowell’s curiosity to be rewarded.

“You know you have fucked up on an epic scale when Sinn Féin, the DUP and the Archbishop of Canterbury are united in condemning you,” an EU source conceded of the extraordinary events that soon transpired.

The genesis of what was became a full-scale diplomatic row had been an announcement by the European commission earlier on Friday afternoon of plans to force drug companies to apply for authorisation for any Covid vaccine exports leaving the EU.

During an afternoon virtual press conference from the commission’s Berlaymont headquarters in Brussels, Stella Kyriakides, the EU’s Cypriot health commissioner, a graduate of Reading University, had said the bloc was not protecting itself “against any specific country” but that it needed to ensure contracted pharmaceutical companies lived up to their promises on deliveries to EU citizens.

AstraZeneca, the Anglo-Swedish company, had said a week earlier that it was able to deliver only 25% of the 100 million doses of vaccine planned in the first quarter of the year, and it would not divert product made in the UK. Brussels suspected, though, that doses had been going the other way.

It emerged during a briefing with officials following Kyriakides’s virtual press conference from the commission’s media room, that the UK, unlike almost every other country neighbouring the bloc, had been left off a list of more than 120 nations exempted from the export controls.

Now, thanks to @dijdowell, a lively debate was being had on Twitter about a further quirk – a potentially explosive one – of the EU’s new regulation: to ensure there was no back door for vaccines from the bloc into the UK, a “safeguard clause” in the Brexit withdrawal agreement was to be quietly triggered to apply controls on doses going from the Republic of Ireland to Northern Ireland.

“Whilst quantitative restrictions on exports are prohibited between the union and Northern Ireland in accordance with Article 5 (5) of the protocol on Ireland/Northern Ireland, this is justified as a safeguard measure pursuant to article 16 of that protocol in order to avert serious societal difficulties due to a lack of supply threatening to disturb the orderly implementation of the vaccination campaigns in the member states”, it read. The EU was overriding central tenets of the hard-negotiated withdrawal agreement – and they hadn’t informed anyone outside of the commission’s headquarters.

The debate on Twitter was swiftly picked up by reporters who hit the phones. Northern Ireland’s first minister, Arlene Foster, leader of the Democratic Unionist party, called in the TV cameras. It was an “act of hostility”, she said. “At the first opportunity the EU has placed a hard border between Northern Ireland and the Republic of Ireland over the supply chain of the coronavirus vaccine.”

The initial statements issued by Boris Johnson, recognising perhaps that he had fortuitously gained the political high ground for once, were measured. The UK was “urgently seeking an explanation from the European commission about the statements issued by the EU today and assurances as to its intentions”. The statement noted that “as a friend and ally”, it did not expect the EU to disrupt the UK’s supply or damage the Good Friday agreement in its actions.

But the Irish taoiseach Micheál Martin let it be known he was furious, as did Sinn Féin and the DUP. Even the archbishop of Canterbury, Justin Welby, had a view. “The European Union was originally inspired by Christian social teaching – at the heart of which is solidarity,” Welby tweeted. “Seeking to control the export of vaccines undercuts the EU’s basic ethics. They need to work together with others.”

The Irish government was shocked as events developed. There had been no inkling that it was coming nor that the commission would even contemplate such a move given the sensitivities about the border, one of the biggest issues over the last four years of the tortuous Brexit negotiations. Some were close to tears. Martin spoke to Johnson and scheduled a call with Von der Leyen to express his “deep unhappiness”.

“It was being considered as merely a technical way of ensuring that we wouldn’t get a leak of vaccines through Northern Ireland to other countries,” a senior EU official said. “It was seen as a technical solution to an issue related to the pandemic – it was not considered by the people in the services as a sort of major political attack on the withdrawal agreement.”

Von der Leyen took Martin’s call. She explained the necessity of the general measure in her mind, but added that she had now recognised that an error had been made. Meanwhile, Downing Street’s displeasure was being passed on by the cabinet office minister, Michael Gove, to commission vice president Maroš Šefčovič, his Slovakian counterpart on the EU-UK partnership council monitoring implementation of the Brexit trade deal. Michel Barnier, head of the EU task force for relations with the UK, had also urged Von der Leyen to backtrack.

The EU’s ambassador in London, João Vale de Almeida, was tasked with cooling temperatures, and a call between Von der Leyen and Johnson was arranged. “We were in the process of finalising the decision-making when that thing appeared,” said one beleaguered official. “Consultations took place and it was decided we would change. The intention was to solve an issue that is of a technical nature, not a political one, and as soon as the political repercussions became evident we changed tack.”

Under the compromise, vaccine producers will be exempt from seeking authorisation for doses going into Northern Ireland, but member states, including the Republic of Ireland, will have to report on the quantities. On Saturday, Ireland’s Europe minister, Thomas Byrne, said he hoped lessons had been learned. Indeed, Von der Leyen, a former German defence minister who has been criticised by Brussels-based reporters for focusing her communications efforts on her home media, perhaps with an eye on her future political career in Berlin, will have opened the weekend papers with some trepidation.

The vaccine debacle “might ultimately turn out to be the greatest disaster of her entire political career,” the German weekly journal Der Spiegel opined. “The louder the criticism has grown, the less has been heard from the erstwhile loquacious commission president. She has, at times, been like the phantom of Brussels. Requests for comment from the press have been systematically blocked by her communications department and she has essentially gone into hiding.”

When all the fury and drama dies down, it remains the case that just 2% of the EU adult population has received a vaccine jab compared to 11% of thosein the UK, and without the Oxford/AstraZeneca doses coming down the line, there is scant hope of vaccination programmes, already suspended in Paris and Madrid due to shortages, picking up vital momentum.

By Saturday morning in the UK, unionists and senior Brexiters had also realised the row over Northern Ireland was a moment they could use to highlight their issues with the arrangements in place – and heap pressure on ministers to revisit them.

Foster took to the airwaves to demand the replacement of the Northern Ireland protocol. She moved the debate swiftly from the vaccines row to trade difficulties that have emerged between Great Britain and Northern Ireland as a result of Brexit. And this weekend, senior Tories were also privately planning to demand that Michael Gove confront the EU over the rules in place in Northern Ireland and seek immediate changes.

Officials in the commission are adamant, however, that the general thrust of the approach towards export controls was necessary – and EU sources remain reluctant to take lectures from Downing Street.

“You have to remember that we are fighting a pandemic for 450 million Europeans and as we have been showing over the past week we have a serious issue with a company that has signed a contract with us showing that it was going to put at our disposal vaccines from two factories from the UK, and has not delivered a single dose from those factories,” said the source.

“And it was clearly saying, supported by the British government, that those factories will not be delivering vaccines to the EU until the UK has got the 100 million doses it is supposed to get. This is a serious issue to us.”

The source added: “Compared to other governments who have introduced legislation to contravene EU law and then stuck to their guns we did the right thing: as soon as we became aware that this was not going to fly we changed. Faute avouée est à moitié pardonnée [a mistake admitted is half-forgiven]”.

But, that is yet to be seen.

PIERS MORGAN: There’s nothing equal or fair about your transgender…

PIERS MORGAN: There’s nothing equal or fair about your…