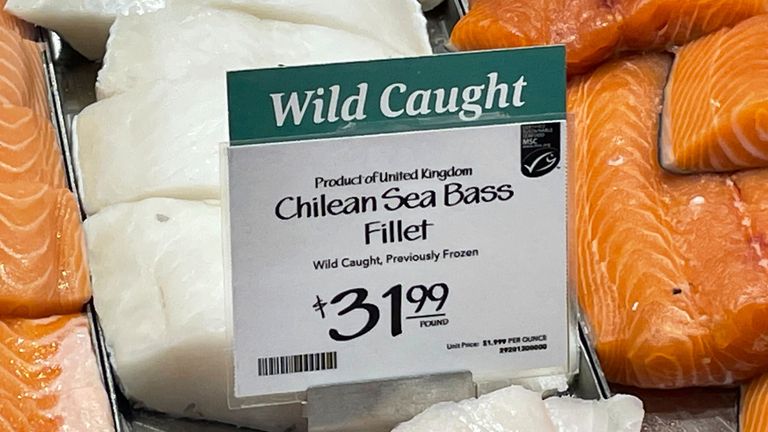 A diplomatic row over fish has broken out between the UK and US in response to provocations from Russia.

The feud could lead to an import ban on Patagonian toothfish, also known as Chilean sea bass, which US officials claim is being caught illegally near Antarctica.

The UK responded by issuing licences to four British-flagged vessels to fish for the toothfish.

US officials say that move violates commission rules, and it will not allow the fish to be imported.

The UK quietly issued the licences off the coast of South Georgia, a remote, uninhabited UK-controlled island, some 870 miles east of the Falkland Islands.

It means for the first time since governments banded together 40 years ago to protect marine life near the South Pole, deep-sea fishing for Chilean sea bass is going forward this season without any catch limit.

The move has essentially transformed one of the world’s best-managed fisheries into a stretch of outlaw ocean the size of France – at least in the eyes of US officials, threatening to bar UK imports from the area.

Will McCallum, head of oceans at Greenpeace UK, said “in a world beset by conflict, the UK is playing a risky game”.

“The history of Antarctic protection is one of peaceful co-operation for the common good of humanity,” he said.

For decades, the fishery near South Georgia was a poster child for international fisheries co-operation.

It brought together sometimes adversarial powers like Russia, China, and the US to protect the chilly, crystal blue southern ocean from the sort of fishing free-for-all seen on the high seas.

But last year, as tensions with the West were rising over Ukraine, Russia took the unprecedented step of rejecting the toothfish catch limits proposed by the 26-member Commission on the Conservation of Antarctic Marine Living Resources (CCAMLR).

The move was tantamount to a unilateral veto because of rules, common to many international fisheries pacts, that require all decisions to be made by unanimous agreement.

Critics say the UK’s response – issuing licences without a CCAMLR-approved catch limit – is unlawful under the commission’s rules and weakens the Antarctica Treaty established during the Cold War to set aside the continent as a scientific preserve.

US officials have also privately told their UK counterparts that they would likely bar imports of any toothfish caught near South Georgia, according to correspondence seen by the Associated Press.

The fight underscores how Russia’s attempts to undermine the West have extended to even obscure forums normally removed from geopolitical tussles.

It also risks reviving Britain’s tensions with Argentina, which invaded South Georgia in 1982 as part of its war with the UK over the Falkland Islands.

“It sets a dangerous precedent,” said Evan Bloom, the former head of the US delegation to CCAMLR.

“What the Russians did clearly violates the spirit of science-based fisheries management. But that doesn’t necessarily mean that the UK can act unilaterally.”

An official from the government of South Georgia and the South Sandwich Islands, which issued the licences in co-ordination with the UK Foreign Office, said it took action so as not to give in to obstructionist tactics by Russia that it does not expect will end anytime soon.