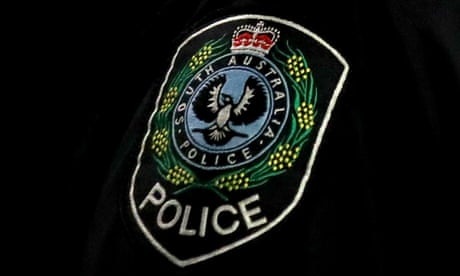 Human remains have been discovered near where it was thought a man had been killed by a shark while snorkelling with his family off the South Australian coast.

Police are investigating whether the remains belong to Duncan Craw, 32, who disappeared on Thursday near Port Macdonnell in the state’s south-east.

Craw’s family has said the evidence at this stage suggested “it is most likely Duncan suffered a medical episode long before the arrival of the shark”.

A great white shark was spotted in the area by a police helicopter on Thursday and a damaged wetsuit belonging to Craw was found the following morning.

Police on Tuesday said a member of the public had found human remains at a beach area off Finger Point Road in Port Macdonnell. A forensic examination of the remains has not yet been completed but Craw’s family has been notified of the discovery.

His stepsister, Andrea Hamblin, said in a statement posted on Twitter that the family would be bringing him home to Warrnambool in Victoria.

“It brings us comfort to know that he would have passed away peacefully in the water,” Hamblin said.

“While we may never know for sure, based on the evidence we do have, we now believe it is most likely Duncan suffered a medical episode long before the arrival of the shark.

“We want everyone to know that the ocean is still a place of peace and beauty for us. We will keep enjoying the outdoors, remembering Duncan as we do so.”

An operations manager at an agriculture contracting company, Craw had travelled to South Australia from Victoria for a camping trip with his wife and young son. He had been snorkelling during a day out when his wife lost sight of him in the water, according to an earlier family statement.

“He was also the best father to Levi and a beautiful husband and best friend to Tay, his high school sweetheart,” Hamblin said.

“He was a cheerful, loving, helpful son. He was a kind and cheeky brother to his sisters. He was a fun-loving, mischievous and supportive mate who had a heart of gold.”

A report will be prepared for the coroner.