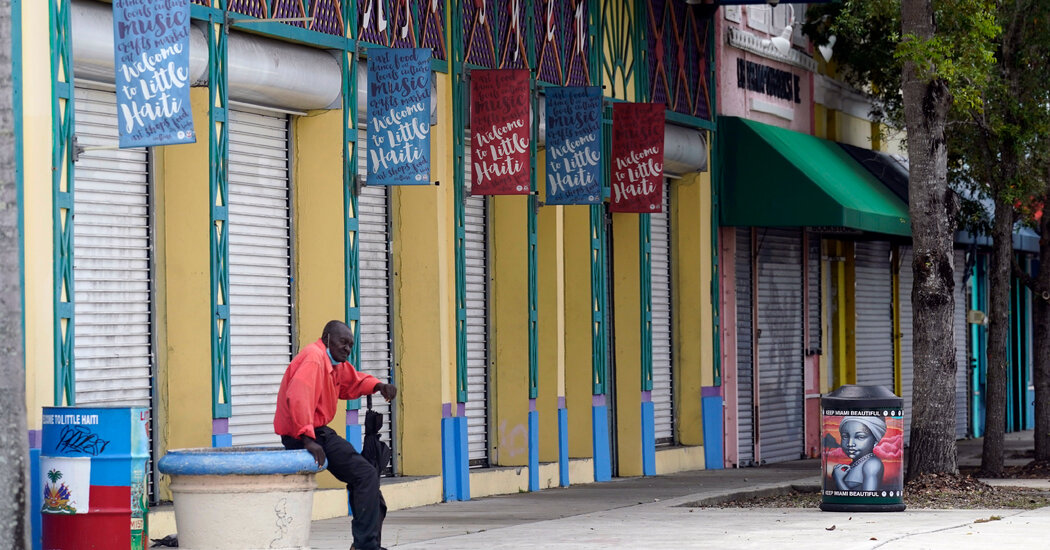 “We believe it is a good thing for the Haitian people that Jovenel Moïse is dead,” he said. “He was a criminal, who never had any legitimacy and under his leadership, there have been massacres, and corruption, and the arming and financing of street gangs. The only people mourning will be those who were helping him to steal.”

The opposition in Haiti said that Mr. Moïse’s five-year term should have ended in February. Mr. Moïse insisted he had one more year to serve, because his term did not begin until a year after the presidential election, amid accusations of voting fraud.

Garry Pierre-Pierre, publisher of The Haitian Times in New York, said the assassination had seemed a step too far, even for Haiti. “I didn’t see this coming, because this is something I thought we had put behind us,” he said. “Despite the shakiness of our democracy, assassination was not a stage we’d ​go.”

In South Florida, so many Haitians have flocked to the region over the past decades a neighborhood in Miami is known as “Little Haiti.” In recent years, a thriving middle class has emerged and is gaining political influence.

Leonie Hermantin, a Haitian community leader in Miami, said Mr. Moïsetook on many projects in the northwest of Haiti, where he is from, and enjoyed support there, particularly from the working class. He also received some support in South Florida, she said.

“To some he was a corrupt leader, but to others he was a reformer. He was a man who was trying to change the power dynamics, particularly when it came to money and who had control over electricity contracts,” Ms. Hermantin said.

In Canada, many members of the diaspora had expressed concern in recent months at the deteriorating situation in Haiti and what they saw as Mr. Moïse’s authoritarian leadership.