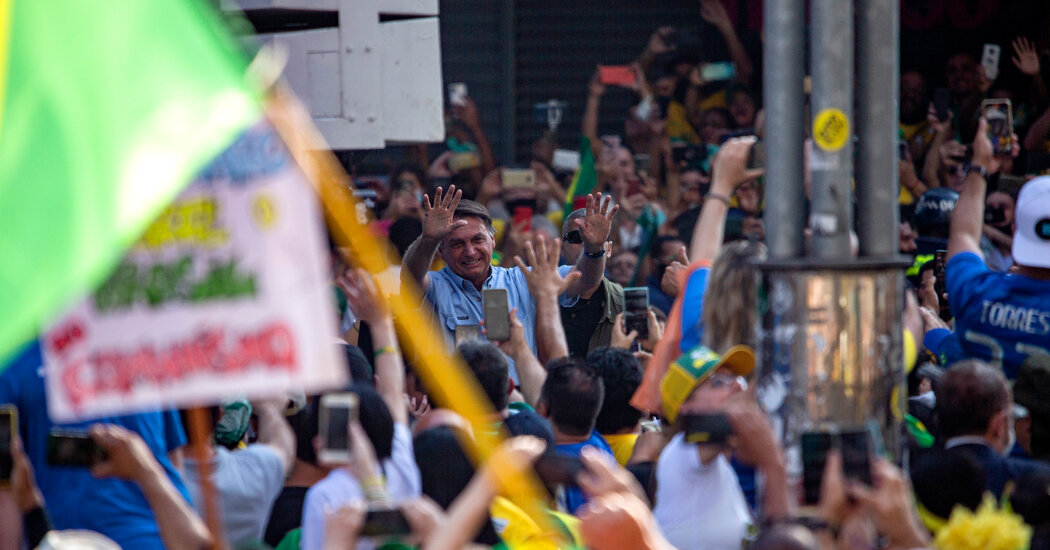 “As soon as we started seeing the changes this year going in the wrong direction, namely for further rate reductions, then we started getting worried about the currency,” Ms. Calich said. “That has been, so far, the wrong policy response. And yeah, we’ve been very happy to have exited that position.”

There are few politically palatable options for emerging market countries dealing with an inflationary upsurge and weakening currencies. But for a number of reasons, the inflationary rise is especially tricky political terrain for populists like Messrs. Orban, Erdogan and Bolsonaro, who all face elections in 2022 or 2023.

Their personalized approach to politics — and the fact that they have all been in office for years — makes it difficult for them to sidestep blame for the condition of the economy. At the same time, their brand of populism, which emphasizes nationalist rivalries and has been effective in the past, can seem out of touch to citizens whose standards of living are swiftly plummeting.

The traditional remedy for inflation would call for some combination of higher interest rates from the central bank and skimpier government spending. But both moves would probably hurt economic growth and employment, at least in the short term, potentially worsening prospects of re-election.

In Turkey, Mr. Erdogan — who has adopted an increasingly authoritarian leadership style since surviving a coup attempt in 2016 — has ruled out such a conventional response. In recent weeks, the Central Bank of the Republic of Turkey, essentially under Mr. Erdogan’s personal control, has repeatedly cut interest rates.

Most observers think Mr. Erdogan has made a difficult situation much worse, with the prospect of more interest rate cuts and currency declines driving foreign investors to pull their money from Turkey.

At the same time, the political winds also seem to be blowing against Mr. Erdogan. The worsening economic situation has prompted scattered street protests. Opposition politicians are calling for snap elections to deal with the crisis, while hammering Mr. Erdogan for what they call his disastrous management of the economy.