J Balvin Attempts to Reintroduce Himself on ‘Jose’ 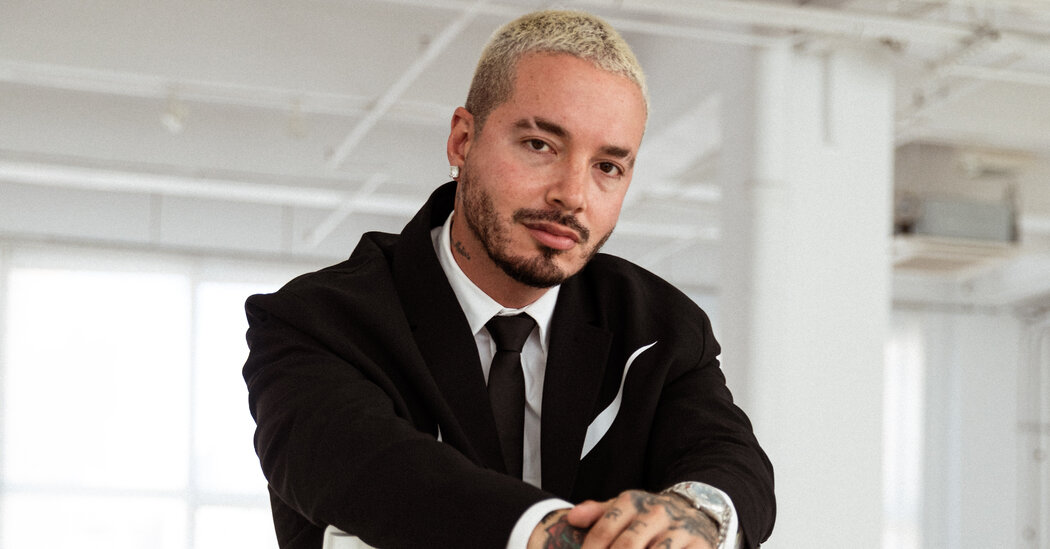 If there is one figure in pop music who has perfected the language of feel-good cultural affirmation, it is J Balvin. For over a decade, the 36-year-old Colombian star has claimed he is on a mission to “change the perception of Latinos in music,” using his rainbow aesthetics, smooth reggaeton textures and radio-ready trap hits as ammunition.

There have been plenty of milestones, including “Mi Gente” and “I Like It”: his chart-crushing collaborations with Willy William and Beyoncé, and Bad Bunny and Cardi B. Both tracks have become flash points for jejune narratives about “booming” Latino cultural representation: a tale that flattens differences among people of distinct races, languages and countries — and suggests this music is influential only when the Anglo mainstream is paying attention.

There was his performance at Coachella 2019, when Balvin became the first reggaeton artist to play the festival’s main stage. There are his cartoonish visuals, leopard-print hairstyles and flowery album covers designed by the Japanese artist Takashi Murakami. And there are his ad-libs — “J Balvin, man,” “Leggo” and “Latino gang!” — signature catchphrases that have become so trite, they’re essentially begging for meme-ification.

“Jose,” his fifth studio album, arrives at a moment when Balvin has finally established himself as a global celebrity. The record considers what is possible when a pop idol, especially one from Latin America, no longer needs to prove himself.

So, allow J Balvin to reintroduce himself. “Jose,” Balvin’s first name, is a 24-track behemoth that follows in the vein of other playlists-as-albums — the kind of project intended to dominate streaming platforms, like the recent supersized releases from Kanye West and Drake. But the album struggles to truly innovate: “Jose” is an itinerant, unfocused effort that offers an impressionistic inventory of the sounds that have established him as a force: pop-reggaeton, trap and EDM.

The majority of the album (about 13 of its tracks) — like “Bebé Que Bien Te Ves,” “Lo Que Dios Quiera” and “Fantasías” — falls firmly within the sphere of ultrapolished, creamy popetón. It is an unimaginative formula, and one that Balvin has mastered: blend a lilting dembow beat, a candy-coated melody and lyrics about the gushy soap opera of a dance-floor courtship or a sexual fantasy for maximum streams. Elsewhere, Balvin returns to Top 40 trap, another style he’s known for: On “Billetes de 100,” featuring the Puerto Rican star Myke Towers, Balvin offers a self-mythologizing reminder that he can actually rap. “In da Getto,” a resort-ready EDM track produced by Skrillex, elaborates on yet another sound that has helped catapult Balvin to international stardom.

Some songs aim for novelty. The opener, “F40,” is a self-assured blast of reggaeton bombast that shifts tempos, slowing to an irresistible, carnal crawl. And “Perra,” a collaboration with Tokischa, is an audacious, X-rated venture into dembow, a street sound born in the barrios of the Dominican Republic that has recently caught the attention of the wider Latin music industry, despite its longtime grasp on popular music in the Caribbean country.

It is only in the last third of “Jose” that Balvin takes a true gamble: For what may be the first time in his career, he gets vulnerable and deeply personal. “7 de Mayo,” named for Balvin’s birthday, is a chronicle of his rise from the streets of Medellín to eminence, featuring spoken samples of his mother, Alba, and an awards-show thank you from the reggaeton forefather Daddy Yankee. “In a barrio in the middle of Medallo, this one was born/With sweat on my forehead/Calluses on my hands,” Balvin reminisces in Spanish. While the intimacy is new for Balvin, the song follows the formula of hip-hop origin stories too closely (nearly mimicking Jay-Z’s “December 4th”). It feels like Balvin is being forced to complete a tedious homework assignment, rather than reflecting earnestly on his personal hardships.

“Querido Rio,” a soft guitar ballad dedicated to his newborn son with echoes of Eric Clapton’s “Tears in Heaven,” similarly falls flat. Its shallow lyrics and syrupy delivery land with cloying sentimentality: “I don’t just want to be your father/I also want to be your best friend,” Balvin croons in Spanish.

For an artist who paints himself as pathbreaking, “Jose” feels remarkably safe. At this point, Balvin does have the power to nuke expectations — those of his own career trajectory, his imagined community and the genres he operates within. Instead, “Jose” colors inside the lines, safeguarding Balvin’s reign by reveling in the familiar.